Hopelessly in Love with Shabbat 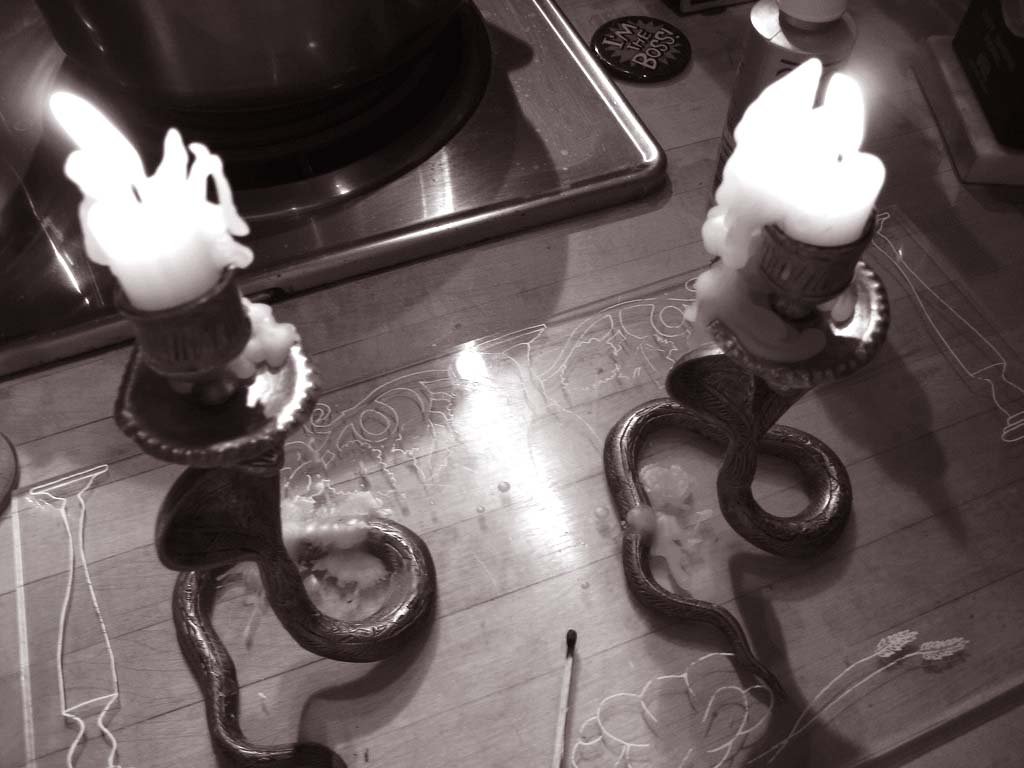 The best part of my week comes every Friday around 6:20pm.  That is when the cantor begins to intone Psalm 29, “Kol Adonai.”  By that time, I will have been listening to increasingly revivifying music inspired by the imminent arrival of someone I’m only now getting to know.

I’m not Jewish.  In fact, I’m a recent graduate of an ecumenical Christian divinity school.  I was expected to become ordained a pastor before long.  As I continued my formation, though, it felt I could not fit into the box that is designed for a minister.

Perhaps worse, after three years of deep study and many years of practice, my spiritual tank was empty, and I began having theological doubts and differences.  After 40 years, Christianity was no longer really doing it for me.   Sunday service began to feel like a play that I was hired to perform in every week.

I made the decision not to go forward with ordained ministry a few months ago.  I was serving a traditional year as an intern in a church congregation.  This congregation’s major ministry is its partnership with an agency serving homeless LGBTQ young adults.  It was work that was at times frustrating, joyous, humbling, crushing, rewarding.

I lived on the church premises, so there was this feeling of always being at work.  Add to that the fact that my recent dog rescue didn’t work out.  A dog is excellent at providing stability when suffering the realization that the life you thought would be yours–the life you studied for over years, the life you went into debt over, the life you lost your spouse over–isn’t going going to be your life after all, and you must start over.  Again.  No luck this time; the dog’s separation anxiety caused him to bark non stop when I left, causing me to feel homebound and trapped.

All of it was tiring, a roller coaster every day.

By the weekends, I was stressed.  Overwhelmed.  Numb.  Exhausted.  Friday afternoon feelings about what the next week would hold became soul-crushing.  Not having contiguous days off, one day seemed to float one into the other, and there was a sense of belonging nowhere, being tossed and turned by my work and the calendar–all exacerbated by the normal New York City vibe, a city that doesn’t pause for or empathize with anyone’s ennui.

Several friends, knowing my closeness to and interest in Judaism, suggested I try Shabbat services.

I now know that “something” was a pause that allowed me to pause and think about the joy in surviving another week.  I didn’t yet want to think about next week–I wanted time to stop, for an hour or two, for half a day, for a day.  I needed a caesura, as a musician might call it.  A healthy break.  Life was at both too slow and too fast.

And so, at 6:00 on Friday nights lately, you might see me slip quietly into Stephen Wise Free Synagogue, a Reform synagogue on the Upper West Side of Manhattan.  Kabbalat Shabbat is a service of “receiving the Sabbath” that has its roots in the Jewish mystics of the 16th century.

At six-thirty, the Cantor, Dan Singer, a man whose deep, booming voice forcefully lays waste to the idea that the melody of prayer should always come through a tenor voice, leads the instrumental ensemble to a shift in tone to the more solemn.  As he sings the words “Mizmor L’David” in an almost-lament, I feel the proverbial shudder run down my spine.

It’s not a particularly weighty phrase; it means “A psalm of David,” and it’s all over the psalms.

So why the shudder?

It’s about what is coming.

This is the sixth psalm we’ve sung together this evening, representing the six days of creation.  The music and words–Psalm 29–will, after several lines, take a turn to the triumphant, as the cantor slowly repeats “Kol Adonai” … “The Voice of God.” … As the psalmist writes, the voice of God is over the ocean, over the forests, over all of creation.  It is powerful and majestic, and the music joins to match its majesty.  As the cantor’s voice thunders, he sings about the thunder of God’s voice.

I close my eyes and slow down from the week.  I realize that this is the voice of God indeed.  At least this moment.  For me.

God’s voice–the Kol Adonai–joins in the soaring refrains surrounding me, as the congregation becomes near-ecstatic while singing, clapping, and joining in the words and the improvised nigun (though, as a former Lutheran, the bar for ecstasy admittedly might be set low).

God’s voice comes through the cantor and the instruments, and through the community–the off-key man next to me, the earthy alto behind me, and me–joined in a mixture of music and prayer and anticipation of Shabbat, this mystical, beautiful moment when we’re freed from the prior week and encouraged to stop creation before beginning the next.

And it is then that I am able to take the deepest breath of every week.

Shabbat is here.  The day given to honor creation by resting from it.

Then–as if it could get no better–the song slows and winds directly into “L’chah Dodi,” a poem by one of the ancient kabbalists.

I smile–grin, actually.  Apparently this is a Sabbath favorite, though I didn’t know it before it became my own:  “Beloved, come to meet the bride!  Beloved, come to meet Shabbat!” is the translated refrain, interspersed with nine increasingly complex and beautiful stanzas that entreat the reader to get ready for the beauty that is the bride, Shabbat.

The imagery of the sabbath as a beautiful bride is something I first discovered this summer at a Kabbalat Shabbat service on Compo Beach in Westport, Connecticut.  We were sitting on a blanket in the sand singing songs I didn’t even really pretend to know, when the rabbi, a friend of mine, told us to turn to the west and greet the Shabbat bride.  It seemed at that precise moment that the entire skies changed; the sun, almost on cue, dipped below the horizon.  Blue and orange became yellows and purples and pinks and reds.

It’s one of those images not easily forgotten, and it was on that beach where my Shabbos seed was planted.  This summer sunset, this array of colors, this song, these people, this peace that was as beautiful as the prettiest bride … Shabbat.

God ended creation by not creating.

I, too, need that rest and break from “creating”–who doesn’t?  Shabbat reminds me that it is not only okay, but good and holy to end my week in peaceful quiet.

I’m trying to find out how to do that in my life.  This is no story of a zealous explorer becoming shomer Shabbat one Friday. No, I’m not yet willing to put down my iPhone after services, and I can’t honestly say I no longer run errands on Saturday.

Instead, I’m starting my love affair with Shabbat slowly, deliberately.  Services are key.  I try to simplify my life on Shabbos a little more every week now.  That may mean all “screens” go off except the iPhone.  Next week, or maybe the next, the iPhone might be switched off, too.  I can’t promise it will be off the next week, though.

The key for me is in receiving Shabbat every week as a gift from the Creative force, a chance to rest from my own creation and re-creation.  An opportunity to slow down.  Not a God-sanctioned lazy day.  But one in which to meditate instead of watching Netflix.  To pray instead of running errands.  Even to think instead of talking.  Shabbat provides necessary balance to each week, a day set aside and unlike any of the other six.

Shabbat is fulfilling a need I’ve always had–but have never been able to identify.

This intentionality has been good for my health.  I run a high heart rate genetically.  But stress and anxiety can send it high enough to be concerned.  Thanks to the miracle of the smart watch, I can look back at statistics and see that my heart rate consistently lowers almost 20-30 beats per minute during Shabbat services.  And it remains lower and lower every week during the sabbath.

So on Friday nights, I join not just the shul’s congregation, but Jews around the world, in singing this song, “L’chah Dodi” and receiving Shabbat.

As the cantor brilliantly leads the Carlebach melody to a climax, suddenly the music slows, and we turn to the doors of the sanctuary and bow, as if to physically welcome the Shabbat.

“Enter in peace, O crown of your husband … Come to the people that keeps its faith.  Enter, O Bride!”

Joe is a graduate of Yale University, holding a Master of Divinity. He previously received his Bachelor of Arts in European History from The George Washington University. A one-time candidate for ordained Christian ministry, you can now find him at Shabbos tables in the New York City area. His interests include American foreign policy and American media coverage of Israel, and he enjoys the live music that living in New York City offers.