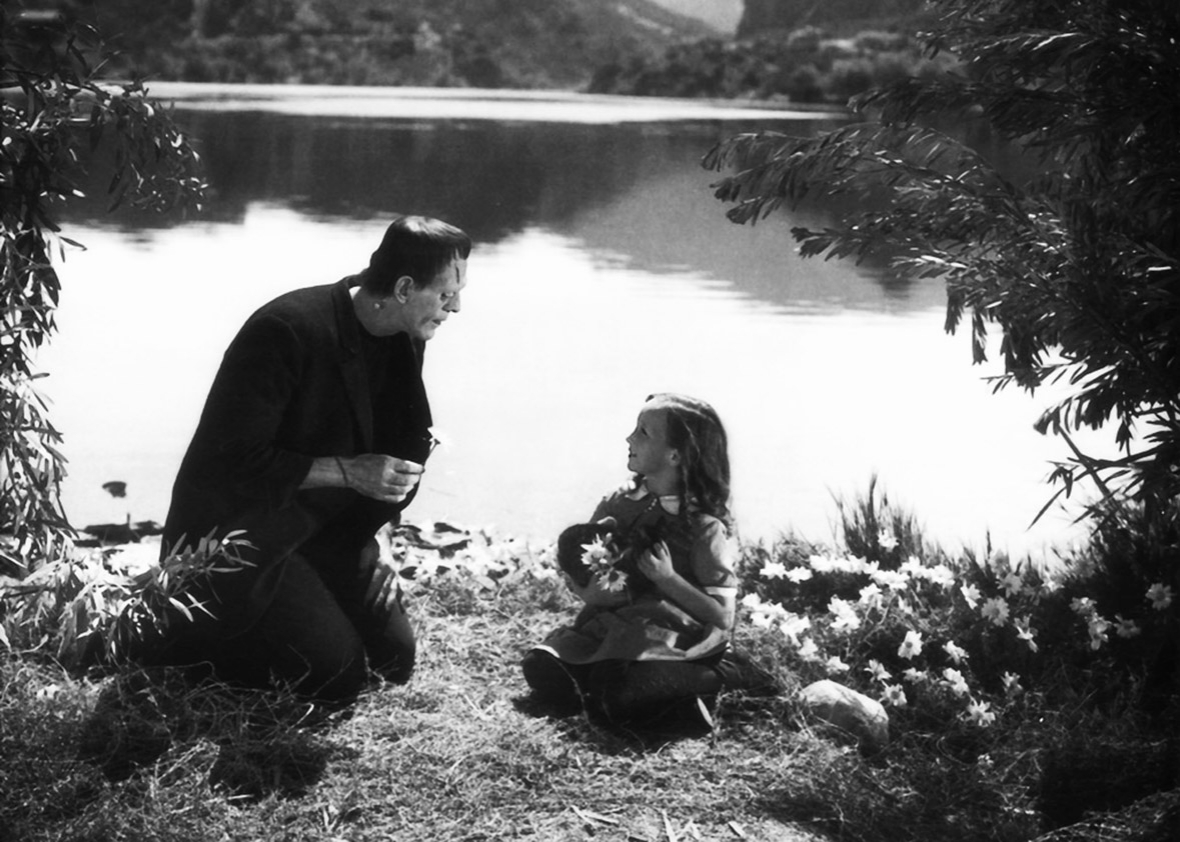 At this time of year, when any synagogue attendee, even the most sporadic, is confronted with numerous texts and ideas that an engaged Jew is obliged to pay attention to, we all ask… to what end?  Where does reading all these texts get us?

It allows us to be less monstrous, perhaps.

Let me explain.  I’ve been teaching Mary Shelley’s Frankenstein and discovered something interesting about the creature and his creator.  The creature that Victor Frankenstein creates is a much savvier and more sophisticated and subtle reader than his creator. In fact, many have argued that, as Mary Shelley portrays both creator and creature, the created being is a more evolved and empathetic human that the actual human who spawned him.

What is this important?  Shelley portrays a being who displays what it is to be human;  part of his growth is through accessing human emotions in literature and reading.  For the creature, who was abandoned by his creator at birth, reading three texts – Goethe’s The Sorrows of Young Werther, Plutarch’s Lives and Milton’s Paradise Lost – teach him what it means to access  human emotions.

“I can hardly describe to you the effect of these books.  They produced in me an infinity of new images and feeling, that sometimes raised me to ecstasy, but more frequently sunk me into the lowest dejection….As I read, however,   I applied much personally to my own feelings and condition….. Who was I? What was I? Whence did I come?  What was my destination?  These questions continually recurred, but I was unable to solve them.”

These questions hardly sound like those of a mute being (though I have seen footnotes suggesting that Mary Shelley may have had awareness of golem stories) like a golem, but rather those of a thoughtful, thinking individual, very unlike his creator whose only reading is outmoded science.  In fact, in some ways the creature seems to have greater empathic abilities, until he is rejected by humans unable to see beyond his grotesque external stature.  What truly gives this creature his nuance and elicits a reader’s sympathy is his reading habits.

The question that a thoughtful person does face then, is what is reading material that can serve to better humanize us in these dehumanizing times?

I once entered a contest to write a six word story about Judaism.  Mine was  “Judaism accesses full humanity, positive negative. ”  I will stand by that, and submit that as Jews begin the yearly cycle of Torah readings yet again, all these readings are not to overload our senses or break our arms with the weight of a heavy tome that we need to grasp.

Instead, if we  use the chance to start cycle of readings – be it from the Torah or another Jewish text as a recent memoir of reading a page of Talmud a day suggests – we can access those aspects of ourselves that enable us to be most fully human.

As we move to a new year and a new cycle of reading from our shared Torah, experienced by all, from whatever perspective we are, that we have a chance to delve into these texts in an attempt to become more empathetic and aware of those around us.  We still have a chance, all of us, to be fully human in the coming year and years to come.

Will we embrace it?