Fathers: The Time To Empower Your Family is Now 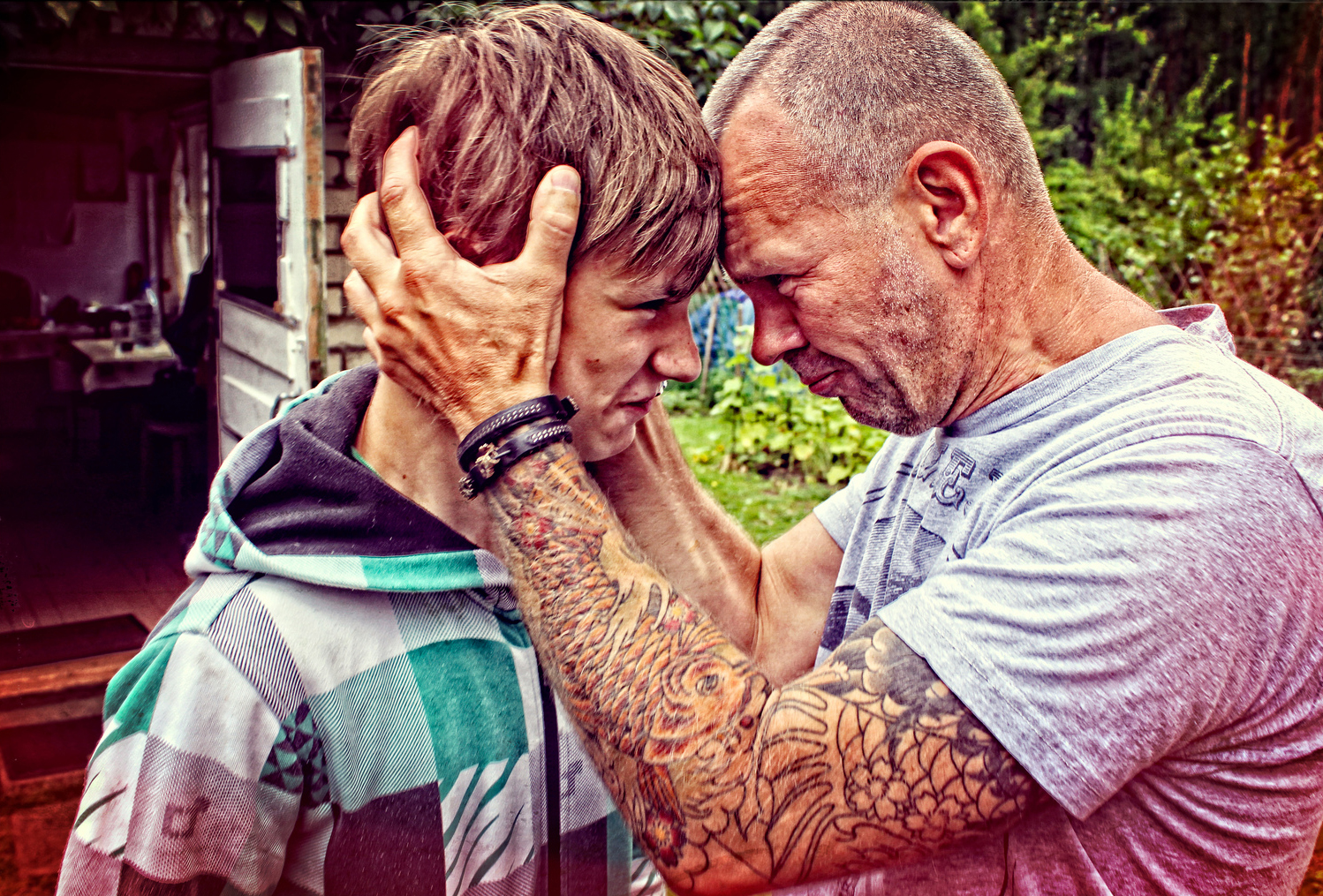 I’ve got a friend (let’s call him Gary) whose father passed away recently. When I spoke with him a few days after the funeral Gary seemed ashamed that he hadn’t cried. It’s not just that Gary’s been acculturated –as have most men – to be stoical; it was something else. He told me he was angry with his father for never having done one very important, one very simple thing; Gary’s father never once told him that he was proud of him.

Even when visiting his father on his deathbed, where Gary, expected to hear a purer language, a more crystalline set of words that might have arisen in his father’s final moments, he got nothing. Instead of saying “I love you, I’m so proud of you,” his father used the same stilted sentences he always had. With his final breaths, he asked only about Gary’s car and chided him (one last time) for never learning how to change the oil. And so my friend Gary, a good and intelligent man, moves through the world with an insatiable hunger, a kind of spiritual tear that’s yet to be mended.

Though my own father died young, at age 54, I always knew he was comfortable speaking this purer language of love and acceptance. And now, as a father of four grown children I am comfortable with it as well. When I look around and I see how uncommon that language is for most people, I’m at a loss to understand what great cost there is for using it. Can it be some misbegotten notion that doing so would cause our sons to become soft, or spoiled? Are we afraid that if we let our daughters know that we’re proud of them, they will be left unprepared to face the challenges of the so-called real world? Or maybe, by passing our own pain onto our children, we unwittingly indulge in some pathological method of alleviating it.

No doubt Gary’s father was an accomplished person. He had a list of career successes anyone would be proud of. And yet it’s sadly ironic that nothing he’d done in the course of his life had strengthened him to the point where he was able to strengthen his own son. Maybe Gary’s father’s training as a scientist and an engineer exacerbated his inability to give proper weight and credence to things of the spirit. Perhaps his imagination couldn’t pierce the immediacy of the physical world, or perhaps he didn’t think (or didn’t dare) to look beyond what he could touch and feel. I believe there is something broken in our culture, something malignant, that values only the large accomplishments, the kind that accumulate in wealth and accolades, while overlooking the less heralded ones, such as building the esteem and self-sufficiency of a child.

I’ve spoken with many men who through much pain, learned to speak that crystalline language by growing up with a father who did not. “By doing everything my father didn’t do,” one man recently confided to me, “I learned how to be good to my kids.” And what was it he learned? “It was the ability to suspend my own ego and interests for the benefit of someone else.” It’s a simple concept, universal to all good relationships I suppose. But none seem to require it more than our relationships with our children. It takes tremendous effort too, to stay involved, to stay aware and acutely interested in the spiritual and emotional welfare of a child. It is as they say, a lifetime pursuit. In many ways, this is the path of fatherhood, a path it seems, taken less and less these days – that of giving of oneself, to a cause outside oneself.

The whole idea can seem counterintuitive. How can we give and not be diminished by doing so? How can I have five coins, give away three, and somehow end up with ten? It doesn’t make sense. But the problem arises only when the scale we use for emotional and spiritual growth is the same one we use for physical growth. True, in the physical world, giving up something always manifests itself as a loss. But in human relationships, particularly in parent/child relationships, true giving is always a gain.

People rightly wonder what they can do to decrease the tumult in the world today. I offer only this: That we rededicate ourselves to the ideal of giving to our children as a means of creating more love. Love is one of the few things that replenishes rather than diminishes the more it’s given. This is more than a platitude for the bumper of your car, or a Facebook post for your friends or fans – this is a practical solution. And of course, like anything real, it can’t be bought, it isn’t instantaneous, and to gain a measure of excellence, it must be practiced day in and day out.

Whether it’s with words, or deeds – or both – the time is now to empower your family. But you’ll need to do this in real, demonstrable ways. And as you know, it’s complicated. We need to watch so that we don’t find ourselves giving love only on the condition that our children become copies of ourselves, or as a way to live vicariously through their accomplishments. It means that we see our children for who they are and acknowledge them, and support them by taking concrete actions to reinforce their unique strengths. When you’ve made a habit of practicing this, you’ll find that you’ll experience more joy and more energy than you thought possible.

Just as you wouldn’t leave your sons and daughters hungry in the physical sense, don’t leave them hungry emotionally. Make it easy for them to be filled with love, and eventually they’ll be conversant in that crystalline language for themselves.