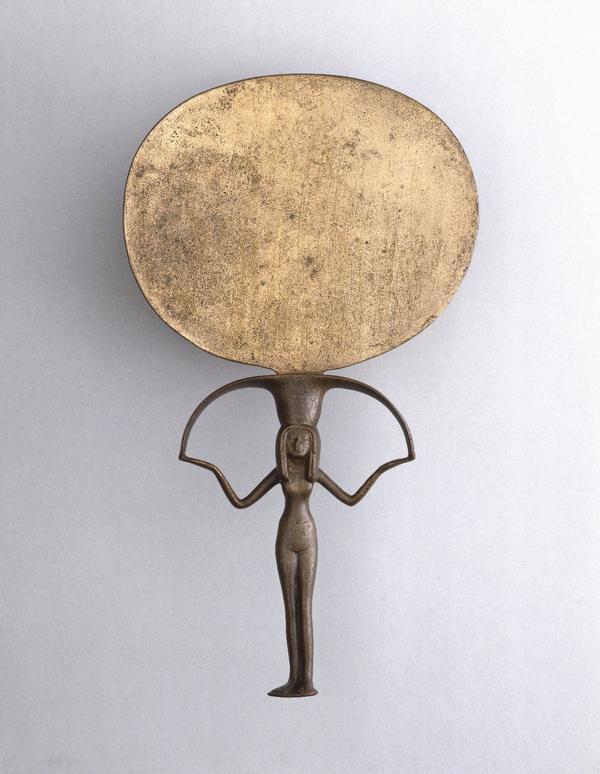 In this week’s Torah portion, Vayakheil, the master artisan Bezalel is putting together all the items for Mishkan, the dwelling-place for God. There are a whole host of materials listed – poles and pails, gratings and basins, fire pans, and fleshhooks, and most of them are presented simply as a list. But only one item has a backstory: “He made the laver of copper and its stand of copper, from the mirrors of the women who performed tasks at the entrance of the Tent of Meeting.” (Ex. 38:8) Unlike everything else that was simply made into part of the Mishkan, the text wants us to know that the mirrors had been used previously before they were donated for the Mishkan. What had been their role?

Well, since the text was written by men, some of the commentary is pretty clearly misogynistic. Rashi, for example, celebrates how the women used their mirrors to “awaken the desire” in their husbands, leading to more Israelite children.

But since the text talks about mirrors, we can use the idea of a mirror as a way to grapple with difficult texts that make us uncomfortable in retrospect. We think about whether we can “look at ourselves in the mirror” after we act in certain ways. We can try to hear someone’s pain and mirror it back to show we’ve understood. And looking back on our mistakes is uncomfortable. It’s always easier to ban a book like Maus, or outlaw critical race theory, or to ignore stories of sexual harassment, than to do a true cheshbon hanefesh, a deep reflection on our collective mistakes as a society. A mirror forces us to see ourselves honestly.

As a member of the Reform Movement, I’ve been following the reports of the past actions (and inactions) of the rabbinical association, the seminary, and the congregations of harassment, bullying, and misconduct. It’s painful to hear the victims’ stories and to know that for every story that was told, dozens went unheard and unreported. Last week, the Union for Reform Judaism shared their report from Debevoise and Plimpton, and as hard as it was to read, they remarked that

[a]s outsiders to the Reform Movement, we were struck by the hope, on the part of nearly every person with whom we spoke, that their contribution to the investigation would help the URJ both come to terms with the past and address with transparency the challenges that lie ahead. (11)

The only way to move forward is to look back, to do an honest reckoning of our past, and not ignore the ugly parts – of our textual tradition, our country’s history, our community’s silence. It’s the first step. Certainly not the last – it’s going to be a long and painful discussion – but the only way for healing and growth is to truly look at ourselves in the mirror.

And crucially, the mirrors were used “at the entrance at the Tent of Meeting.” It was a threshold, a transition from the ordinary to the holy. It was a place where the priests would have to say, “This is who I was; now, as I step in, I need to become better.” If an honest reflection is the first step, then taking action is the next one.

In the words of poet James Baldwin, “Not everything that is faced can be changed, but nothing can be changed until it is faced.” Our mirrors force us to face our past. If we can see ourselves more honestly, and see our sins and mistakes of the past, then perhaps we can begin to repair the trust and brokenness in our world.

(11) Rabbi Rick Jacobs, Ethical Accountability for Sexual Misconduct is Crucial to the Safety of Our Communities, May 2021