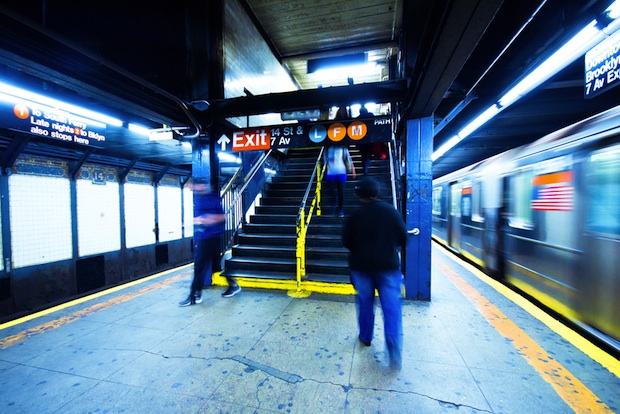 Here is a story that is emblematic of so much of what is wrong in our republic. As with many cities’ transit systems, you can buy a card – in New York City it’s called a MetroCard – and add value to it so that you do not need to buy a single ride each time you travel. Inevitably, at some point you swipe your card and the dreaded words “Insufficient Fare” appear.

But here is the thing, somebody has actually figured out how to insure that what is left on your card is quite a bit of money relative to the price of a fare. You might have $2.45 left while you need $2.50 for a ride. The specific shortcut choices given on the “subway ATM” of how much value to add to your card (round numbers of course) are designed to leave you with maximum balances. In other words, the Metropolitan Transit Authority (MTA), a government agency, intentionally designed a system to trick people out of their money and collect cash earlier than it should!

Imagine how much money the MTA collects that is never used (cards that are left or lost with balances) or how much cash they collect earlier this way. If you want the math on this and options on how to not be tricked, you can read this article at I Quant NY, a blog by Ben Willington, an Assistant Professor in the City & Regional Planning program at the Pratt Institute in Brooklyn, NY. He analyzed this situation using NYC Open Data.

Obviously if they really wanted to, the MTA could fix this, but given how much money they take in this way they aren’t likely to do so. How do we get to a point where government actually designs a system to manipulate citizens to pay more than they should? We could blame government but that’s too easy. We are all implicated in this unsavory arrangement.

The MTA, as I imagine all big city transit authorities, is under intense pressure to provide effective services for increasing urban populations despite decaying infrastructures (just go to any other first world country and see how much better the subways are). Politicians are afraid to be honest with citizens about what is actually required to insure public goods like transportation, as there is no way to do so without using the toxic word “taxes”. And we the citizens don’t want to hear the truth about what it costs to have what we need.

When politicians and citizens can’t handle the truth, institutions inevitably resort to manipulation to get what they need in order to provide us what we expect. In this case the MTA, within its legal right, is trading on our ignorance. The result: the further erosion of trust. But trust is the most important glue in any relationship, be it in our personal lives, in business or in our public culture. The erosion of trust – broken trust – is far more costly to a society than taxes. And this isn’t simply a NYC subway problem.