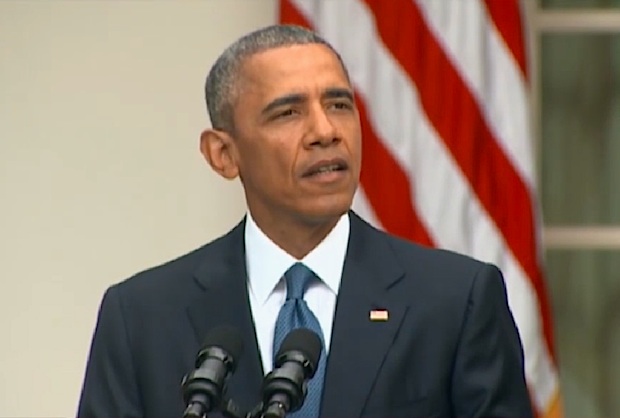 That morning, they lined up outside the College of Charleston’s arena, a diverse crowd taking time to be present, knowing the emotions they felt transcended the moment and were inseparable from a greater historical struggle, far from over. The gathering took shape at the very same moment the U.S. Supreme Court prepared to reveal its landmark ruling, affirming the dignity of men and women regardless of who they love and how they live.

Thousands attended the church viewing and the overflow service to pay last respects to the Honorable Rev. Clementa C. Pinckney. A pastor and state senator in South Carolina’s legislature, he stood in his life as a man dedicated to the struggle for equality, for humanity and for the liberation of those whose dignity and livelihood are not fully lifted up.

I felt a palpable sense of what’s at stake in responding to each person as bearing infinite worth.

The President of the United States then arrived to deliver a eulogy for his friend. Rev. Pinckney was one of nine victims whose murders stood in terrible, stark contrast to the holiness and love that President Obama celebrated only a short time before traveling south.

Earlier that day, in the president’s response to the marriage milestone, he said: “Our nation was founded on a bedrock principle that we are all created equal. The project of each generation is to bridge the meaning of those founding words with the realities of changing times – a never-ending quest to ensure those words ring true for every single American.”

Meanwhile, the beliefs that drove the Charleston shooter are an anathema to the imperative called upon in Justice Anthony Kennedy’s historic ruling, that our society vouchsafe every person’s “equal dignity in the eyes of the law.”

We may each hold differently as to the source and scope of this imperative for dignity. However, on the day marriage rights were ensured for all Americans, I felt a palpable sense of what’s at stake in responding to each person as bearing the infinite worth that is the imprint of having been fashioned in the image of G*d. That each person’s life is precious. That we go out of our way to think particularly of those who have to continue working and struggling. That all know their lives matter, despite age-old inequalities that don’t vanish without vigilance, commitment and sacrifice.

As the President said, there are many who find within their own faiths no quarter for sanctioning homosexuality – let alone the recognition of the holiness of marriage. While some foment hostility toward LGBTQ people, others maintain their beliefs in a spirit of coexistence. We need no reminders that changing the laws of the land do not necessarily change hearts – and, in fact, are not aimed at that purpose. Laws are made and enforced despite differences of hearts and opinions, and only over time do we learn what part they play in the transformation of our world.

The vicious crime perpetrated inside Mother Emanuel AME church underlines the danger of the most toxic remnants of hateful beliefs. But our country’s response to it must also show that laws put in place in the last 50 and 150 years have changed our world for the better, and have created new realities. In fact, they’ve made commonplace what was once, for most, unthinkable. How we continue to “bridge the meaning” of our founding words (and values) is a story yet to unfold.

To end on a personal note: At my wedding to my wife, my dearest friend and best man gave a toast, saying the joy in the room made it feel like everyone had just gotten married. What I felt when hearing the high court’s decision is the joy I feel at a wedding, multiplied thousands of times. While I expected this ruling based on a number of signs, I can hardly express how overjoyed I am to see this moment.