Can the Death of a Parent Bring Families Together? 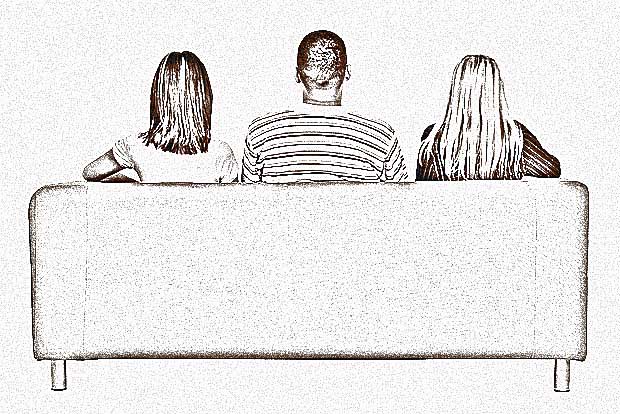 Few moments in life are as difficult as losing one’s parent. In the swirl of sadness and mourning, a parent’s death can unify or further divide the surviving family. In some cases, the highly charged emotions may amplify issues between siblings. But this can also be a remarkable opportunity to heal some of those long-standing hurts and wounds that are part of every family I know, including my own.

There can be a positive potential for healing in this otherwise excruciating moment. Certainly, there are always reasons to resist coming together, especially when you feel sure that the difficulty is the other person’s fault (as it almost always feels like it is). Be honest: How often do any of us say to ourselves, “The reason my family relationships are not great, is that I’ve made it that way”…?

Once two people, no matter how alienated from one another, share in the care of someone else, they’ll never see each other in the same way.

But it’s okay, because maybe it really is the other persons fault. When it comes to the healing potential presented by a parent’s death, it really doesn’t matter where fault lies.

If only for a brief time, we can all choose to put the care of the deceased ahead of the relationships between the living. We don’t need to change our mind about the past, in order to do that, but doing so can make a real difference in both the present and the future.

There are certainly going to be exceptions to this – such horrible things that may have been done to us, either by the deceased or by the surviving family members that we really can’t focus on sharing the care of the dead. But imagine assuming, at least initially, that was not the case.

Imagine that we are ready to come together, if only temporarily, to care for that parent who has died. Imagine that we are ready to make the primary question not what is the correct thing to do based on the past, but what is the kind thing to do for the one who has died. This doesn’t require forgetting the past. It simply requires us to prioritize with a preference for the present, if only for a brief moment.

It turns out choice to prioritize the present creates experiences which heal an awful lot of the past. It doesn’t necessarily wash it away, nor does it change everything for the future, but it does create facts on the ground, which shape our feelings about both.

Once two people, no matter how alienated from each other they may be, share in the care of someone else, they’ll never see each other in the same way. No, it doesn’t guarantee that they will walk arm-in-arm into the sunset, but neither will they ever be able to un-feel what they felt in sharing that moment of compassion for another whom they both loved.

A parent’s death creates all kinds of challenges to be sure, but it also creates some very real possibilities. A preference for the present, and for compassion over correctness, may not always be the way to go, but when a parent dies, making those choices is actually a gift we can give the parent we love, but to ourselves as well.