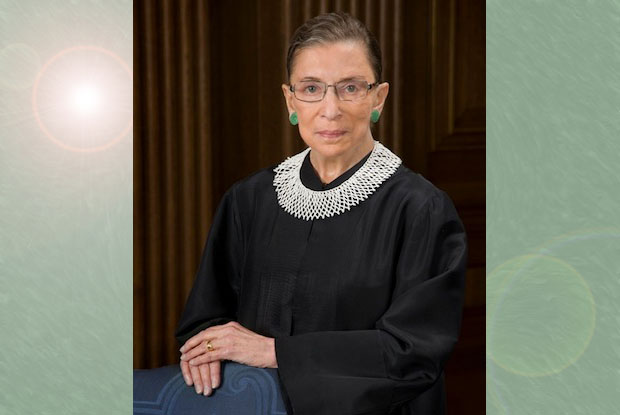 Ruth Bader Ginsburg was at the University of Michigan recently to give the 2015 Tanner Lecture on Human Values. A U.S. Supreme Court justice of more than 20 years, Ginsburg talked about topics ranging from gender equality to campaign financing to family life, as well as her nickname, Notorious RBG (a play on the late rapper Notorious B.I.G.).

In discussing her most memorable cases – impassioned dissents that helped pave the way for prohibiting racial discrimination in voting, and banning employment discrimination based on race, religion, gender and national origin – one comment caught my attention. Ginsburg jokingly said, “Most of my dissents will be the law some day.” True and unnerving this is!

Once the thirst for freedom is felt, the only question is pacing.

The trajectory of every human rights issue – slavery, women suffrage, child labor, occupational safety, civil rights, care for the elderly, concern for the disabled, equal pay, and LGBT rights – has started with the dissent of a small minority who see the justice of the issue. Each unfolded in a tortuously slow, and often nasty (but inevitable), journey to the expansion of human rights and the dignity of difference. I can’t think of? human rights issue on which the dissenting view didn’t eventually become the majority.

Conservative anxiousness and fear, regarding inclusion of who and what is taboo or abhorrent, is understandable since the expansion of justice for the marginalized is inevitable. The traditionalist arguments against liberal dissents for expanding human rights (and/or limiting the majority’s power) – e.g., that it’s “not natural,” or is sinful, or against God’s will, or that it will lead to moral corruption, undo the family and destroy the fabric of society – increasingly ring hollow.

Once the thirst for freedom is felt, the only question is pacing. So, some of us – the traditionalists – hold on for dear life and oppose any change, while the human rights activists among us make great sacrifices to bring about change; the rest of us, in the middle, slowly come along to see the justice in the dissent. It’s humbling to realize that today’s dissents are tomorrow’s moral positions, because this means that most of us will feel appropriately embarrassed, if not ashamed, that we didn’t dissent from the majority.

Given that dissents often do, indeed, become the majority, we all should feel just a bit less self-righteous about who we are in the drama. Ultimately, the only difference between those of us who dissent and those of us who are traditionalists defending precedent is having realized something is unjust just a bit earlier.

Ginsburg is one of those rare early moral adopters who understands that today’s dissents are indeed tomorrow’s norms. Her faith is that “We the People” can grow and evolve.