Can Photography Be A Spiritual Activity? 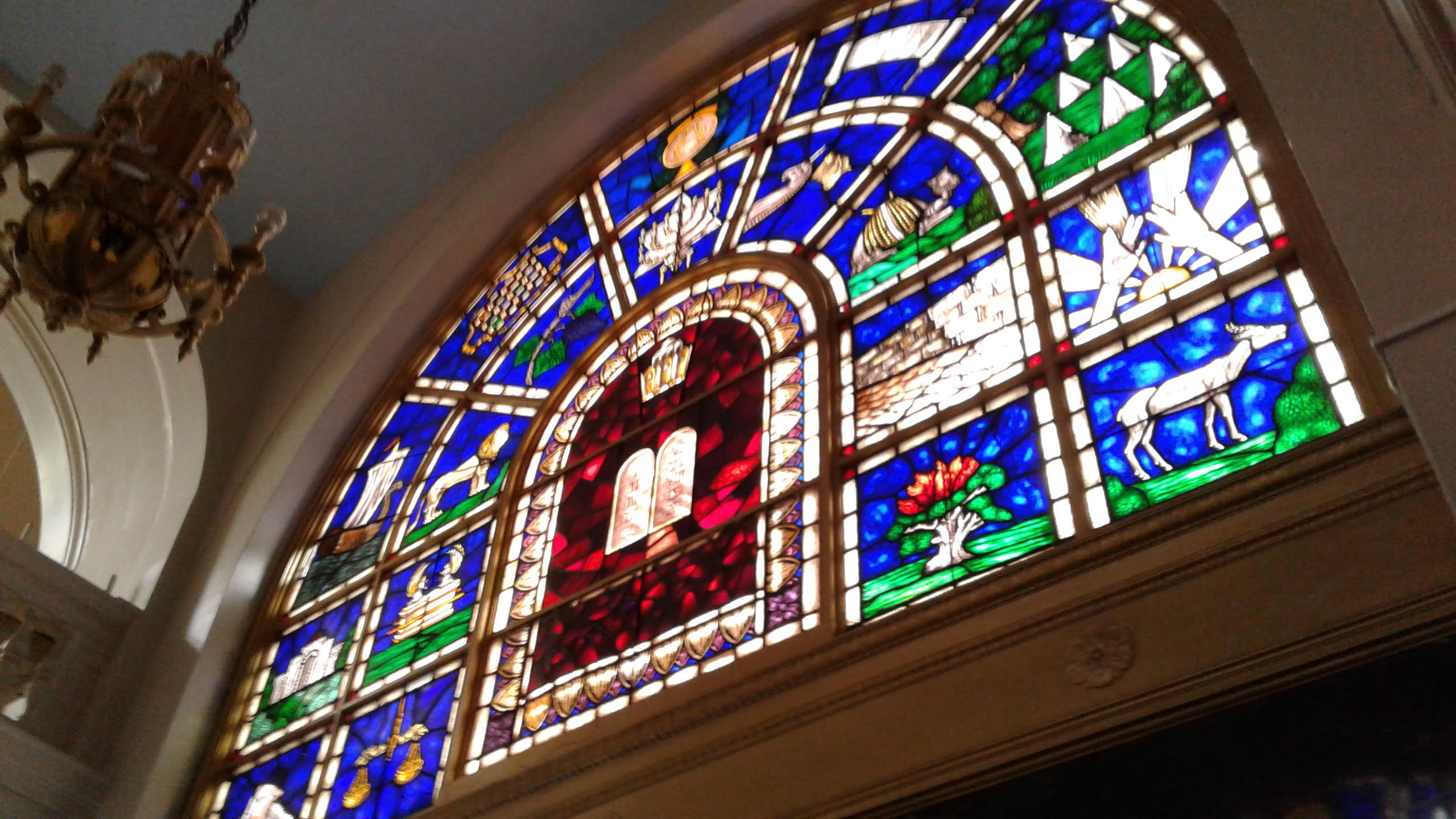 The vast majority of people you know have taken photographs during their lifetimes. Throughout the world, most folks born from the late 1800’s onward have taken photographs, or at least seen photographs, and held opinions about photographs. Photography is all around us, part of daily life in so many ways. Our licenses and identification cards, reading material and advertising matter, products for sale in stores, exhibits in museums and even our clothing: all these things make use of photographs.

The process of taking photographs is so easy, so common. Most cell phones have cameras, as do most computers. Many of us own cameras, both bulky and pocket sized. Rarely does a day go by when you do not see someone snapping a photo for work, pleasure, documentation purposes, or recording a “moment.”

There are so many photographs and so many people taking them. Photography seems a mundane activity, doesn’t it? Yet, for certain people, when the situation and circumstances are just right, taking photographs can be a special experience. It might even be an activity imbued with spirituality, or at least heightened feelings. And there are some photographs that can capture a spiritual moment, or evoke a spiritual essence.

Photography can be an act that involves several people; it can also be a solitary pursuit. Does that impact the potential for spirituality?

I first grew interested in photography when my mother gifted me with a camera, a 126 film Kodak model, for my 9th birthday. Later, I selected my high school, Edward R. Murrow in Brooklyn, partly because it offered photography courses. I took two years worth of classes, in black and white and color. I spent all the money I’d earned as a day camp counselor after summer 1981 on a Minolta XG-M 35mm film camera and I still use it. I have exhibited prints at several spots in New York City, including the Brooklyn Historical Society. My photos have been essential to four of my books, including the trilogy on The Lost Synagogues of New York City, and my guidebook Walking Manhattan. In addition, when I visit museums, I am always eager to view any photography exhibitions on display.

But can photography be a spiritual experience for me or others? Can the act of taking, printing, editing, analyzing photographs be a gateway to enlightenment? Or is it merely a creative endeavor, a means of communication, a work assignment, a way to show off? Why might it be spiritual? Does it reflect or contain a narrative, or is it beyond full definition? Can it deepen one’s feelings, understanding of and commitment to Judaism, or another mainstream religion?

Which photographic subjects can aid in this: purely religious topics (rituals, symbols, holiday observances, photos of holy sites or gravesites of revered religious leaders) or also secular subjects such as scenes of nature, works of art and architecture, special events such as a graduation ceremony, dance performance, sports match or other gathering of people? It certainly seems as if the occasions for photography to be spiritual and special would be a relatively small percentage, compared to the total number of photographs taken.

Let us look at a few responses to this, offered by working photographers:

Dennis Dunleavy, a photographer and educator, thinks that “for many people the only objective in taking pictures today is in getting noticed by others. (But) for me there is a great deal of ritual in making pictures. There is the expectation of putting myself in a space that opens me up to seeing the world in a new way.”

Is spirituality thus about “opening up” and going beyond “getting noticed”? Is it an inner exercise, more than just a play for peer admiration?

Artist Manjari Sharma titled a 2016 photography exhibit of hers “Darshan–the Photograph as Spiritual Experience,” and explained to reporter Susan Currie “this (photo) series has become my reason to immerse, question and push the boundaries of my (Hindu) faith…”

Does photography act as a pathway for spirituality, or on the other hand, does it artificially distance the photographer?

A Catholic Theological Union professor named Eileen Crowley offers an online course called “Photography as a Spiritual Practice.” One of her goals is “empowering people to create art together as a spiritual practice that will enrich them and their faith communities.” She appears to emphasize the group interaction, not just the singular vision of individuals drawn to photography.

Have Jews gravitated toward serious photography more than other ethnicities? There have been a number of notable photographers with Jewish backgrounds, and in a 2003 essay for Commentary magazine, William Meyers posits “the tendency of Jews in the last century to be drawn to activities exploiting brand-new technologies. These included not just photography but also the movies, records, radio and television. What attracted Jews to such new arts (or businesses) may have been the absence of a social structure functioning to keep them out.” In addition, “Jews have also tended to be drawn to artistic genres that examine society as opposed to those defined by more formal or abstract considerations…” Keeping this in mind, are Jews more likely to latch onto photography and then mine its spiritual possibilities? Are we not just the “people of the Book” but also the “people of the photograph”?

Sara Blair, in a 2003 essay about “Jewish American Through the Lens,” notes that “scholars have long remarked but rarely probed a surprising fact: an astonishing majority of its most influential, indeed defining, practitioners have been Jews… (as well as the) key inventors… collectors, curators, historians, critics, and even sponsoring institutions.”

Jews seem not only to take many of the photos, but also to analyze and categorize them. Does this serious thinking about photographs also lead to the intersection of photography and spirituality? Would this be more common for Jews than others? Christian and Hindu photographers might argue that point.

I interviewed four photographers I know for their thoughts on photography and spirituality.

Usually when I am out practicing my art I am overtaken by a deep sense of calm that can only be described as spirituality. It grows out of my concern for people, my understanding that everyone has a story worthy of being told… when photographing I don’t focus on myself but the people before me. Surely, I benefit from the experience but it isn’t really about me.

(Tim did a lot of work, in black-and-white and color, for the Synagogues of Newark project for the Jewish Museum of New Jersey. It was a large documentation job.) While the project definitely affected me spiritually… it had a much larger impact on my sense of Jewish identity.

I believe, as a Jewish artist working on a Jewish based or themed project, you will come out of it a little more Jewish than you entered.

The fact that I’ve gotten to focus my lens on almost every one of my idols, can be somewhat spiritual in itself.

At times, when I look through my lens, I don’t hear the music of the people, not five feet away from me…I am in another world entirely, one made up of only that rectangle I see through my camera. To commune with an artist you’ve admired for decades, as you both create your particular brand of art, is magical indeed.

I have been photographing various Holocaust memorials around the world. But the Jewish ghetto in Venice was especially moving for me. One shot in particular moves me each time I see it. It’s merely a sign at the entrance…stating Ghetto Vecchio. But the shadows appear as barbed wire to me, the sign especially haunting and eerie.

Photography is very meditative for me. It’s a whole process: identifying the subject, figuring out how to tell the story, the actual shoot and the post production–but the creative process does not feel like work.

As an artist, I deal with universal topics, but through a Jewish lens, be it changing demographics (for instance, my photo series on former synagogues of the Bronx) or diversity (portraying ethnically and racially diverse Jews). For me, it’s a meditation with my own identity but also of identity in general.

There is photography and there is artistic photography… when I worked with film, I thought twice before deciding to take a photo. Now people snap around and just hope that one picture turns out well. The thought process is gone for many.

I am skeptical of metaphysics and do not believe in an aftermath. That being said, when I first shot Omega Oil in Harlem, my first fading ad, I did have a remarkable feeling of euphoria. I knew I was onto something big…now the euphoria I feel at times while taking pictures borders on wellness. I feel alive, I feel healthy.

I explore science when I shoot. I think there is something mysterious about the microscopic world. The tiny. The quantum world. But still, any religious feelings about science while photographing is purely cerebral.

I also posed the question “Can photography be a spiritual experience?” on Quora.

AE answered “Any creative act can and should be a spiritual experience.” HT replied “Anything can be a ‘spiritual’ experience. Depends on what moves you.” IS wrote “It can, depending on subject, location and involvement.” PR stated that “Photography is not taking photos of what is there, it is trying to show what you have seen.”

These photographers seem to echo certain themes, and, for them, photography can be a spiritual path or something similar. I thought the Quora answers were not particularly deep: honestly, can’t “anything” be a spiritual experience? But there does seem to be acknowledgment of how photography and other disciplines, when practiced in a certain way, can help the practitioner achieve some version of spirituality.

The spirituality of photography has a different grouping than two other topics I had explored in previous articles: choral singing and martial arts. Choral singing is a group endeavor by its very nature; martial arts are usually as well, even if some practitioners train almost exclusively on their own. But photography has more of a solitary, or at least separateness component; some photographers specialize in taking pictures of things, and not of people. Even those photographers who interact with people as their subjects still have a role that sets them apart.

As I read my peers’ commentary, I realized that, for me, the most spiritual aspect of photography has often been during the process of printing black-and-white photographs. The sense of wonder, almost magical, while watching an image come into view in the first chemical tray (known as “developer”) is something remarkable. Pictures in which I had invested a good deal of thought into, from the choice of subject, to the way they were shot, cropped and manipulated, have been particularly spiritual to me. Certain photographs of nature, religious topics (Jewish symbols and such), and even certain architectural depictions, have long brought out a spiritual buzz for me.

Recently, I snapped a camera phone photo of a flower in northern Central Park, in Manhattan. It was a gorgeous flower and something about the shot touched me greatly. Its attractiveness, as well as the whole picture, and the memory of this lovely natural thing, have been a near-spiritual feeling for me. This is not something I take lightly.