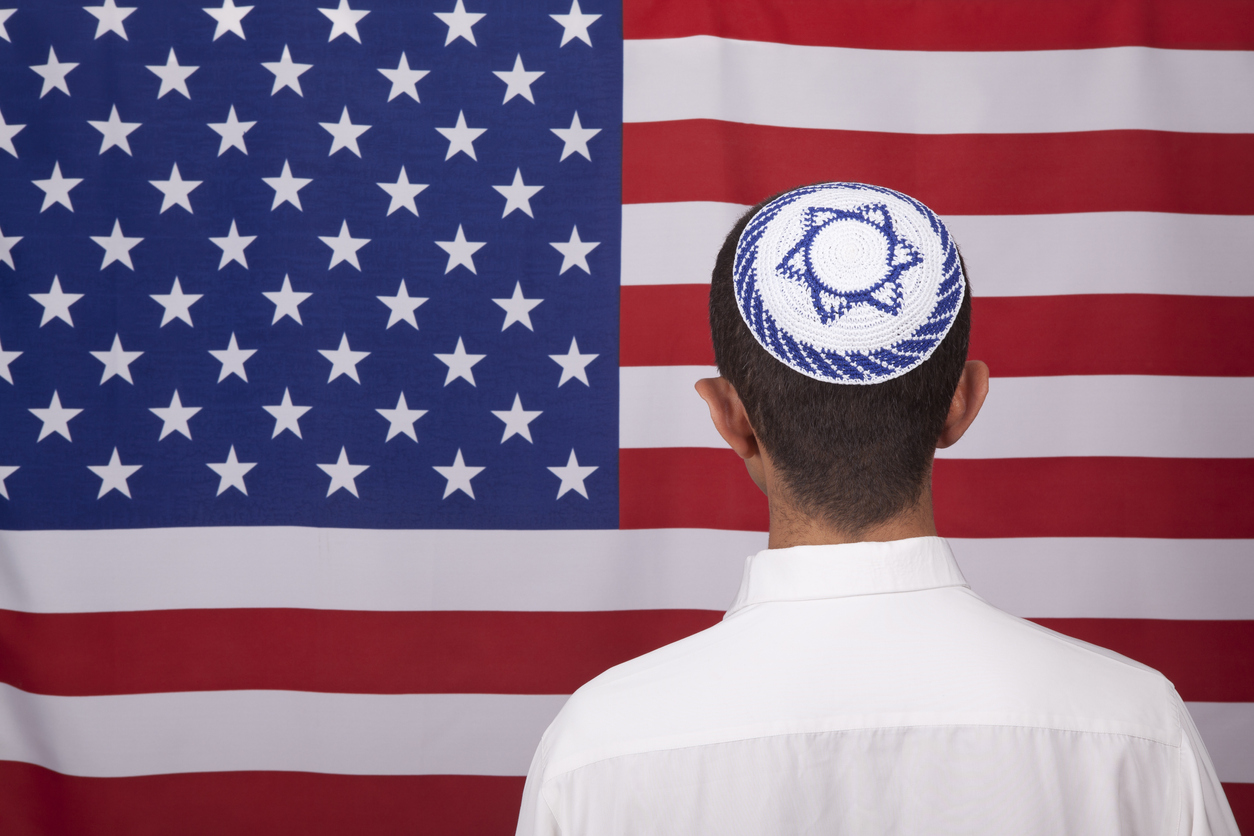 Jewish values are the same as American values.

These are the words of Doug Emhoff, the current Second Gentleman of the United States, spoken at the December 1, 2021 White House Hanukkah party.  The trouble is that this is just not true.

Of course, Jews aspire to be good American citizens.  We want to be part of the nation, and to serve it as we have in all its wars, and to demonstrate in other ways our loyalty and fidelity.  We have a concept: the law of the land is the law and it is very important to be a law-abiding citizen.  This comes originally from the book of the prophet Jeremiah where is it written, “Seek the peace of the city to which I have exiled you and pray to the Lord on its behalf; for in the peace thereof you shall have peace” (Jeremiah 29:7). In the Ethics of the Fathers 3:2, Rabbi Hanina says, “Pray for the welfare of the government, for were it not for fear of it, people would swallow one another alive.”  And the Talmud says in several places, Bava Batra 54b, Nedarim 28a, Gitin 10b, Bava Kama 113a, and Bava Batra 55a, that the law of the land is the law; all later expositions of Jewish law follow this.

Jews are obligated to pay taxes, to follow traffic laws, to behave according to whatever tenets of secular law are in force. But that is not the same as saying our values are synonymous with American values.  We have our own.

In the Talmud, in the tractate of Taanit, 18a, is a story about the empire of Rome which issued a decree of destruction against the Jews.  What did they want to eliminate: Torah study, circumcision, and Sabbath observance.  What about these practices is so objectionable?

These three practices see Jews as distinctive beings, different from those around them. Jews follow practices that see their bodies and time differently and consist of a code of teaching to live by which was separate from that promulgated by the empire.

The Sabbath says that a boss or employer is not the ultimate authority, but that a code given long ago, in the book of Genesis originally, governs how people feel about their own value.  Each human being has worth, not just as a productive cog to labor and produce goods and create services, but as an entity whose worth goes beyond the commercial value of what he or she can create.  That there is a hierarchy of humanity in the world, not just economic productivity, and that finances are not the only standard.

On a recent podcast from Laurie Santos’ Happiness Lab, Sarah Hurwitz, a speechwriter for Michelle Obama at the White House, discusses how she was so over-programmed and constantly thinking about her work that her mind had no free spaces available. The Sabbath helped give her freedom from overwork.  The Sabbath enables people to feel they have worth beyond as employees, something no empire wishes to grant them.

The importance of circumcision is to stress the covenant with Abraham, the first one to be circumcised, Genesis 17:24 states.  What is the meaning of this covenant?  The Talmud in Yevamot 79a lists three characteristics of the Jewish people: being merciful, being able to be ashamed, and doing acts of kindness.  The proof text for “acts of kindness” is from the command to Abraham in Genesis 18:19, “that he may instruct his children and his posterity to keep the way of the Lord by doing what is just and right.”(Genesis 18:19)  Thus, circumcision is the mark of these values.

I wish American values stood for kindness and mercy. Unfortunately, in a moment when we have the capacity to protect ourselves from disease and there are many who refuse to wear masks or take vaccines because they are thinking only about what is convenient for themselves not about what is best for society as a whole, we are sorely lacking in kindness and mercy.  I wish more Americans would be ashamed to admit they have followed leaders who have fomented violence in the halls of government and are undermining the rule of law by doubting the veracity of the tally of votes.  But, unfortunately there are too many American values right now which are not Jewish values.

Finally, the study of Torah is a way to understand in an ongoing way how to see what is of value in the world, a set of stories and laws that enable us to reach the goals of being merciful, kind, and ashamed.  For serious Jews, study is a daily occupation; I personally have taken on the commitment to study a page of Talmud every day since January 2020 and I have found this a practice that helps me understand the values and structure of the Jewish religion more deeply.

Where are Jewish and American values aligned?  The end of the story of the Roman empire seeking to keep Jews from their practices says that Yehuda ben Shamua and his colleagues sought the advice of a well-connected Roman matron.  “She said to them: Arise and cry out [hafginu] at night. They went and cried out at night, saying: O Heaven! Are we not brothers? Are we not children of one father? Are we not the children of one mother? How are we different from any other nation and tongue that you single us out and issue against us evil decrees? Their cries were effective, and the authorities annulled the decrees, and they made that day a commemorative holiday.”

As Jews and Americans, we need to protest the many things that are wrong in our world.  Jewish values can be aligned with American values, but are not identical to them.  I hope it is a distinction the Second Gentleman, and the rest of us, can become more aware of.