A ‘Wild’ Idea: The Past Need Not Imprison You 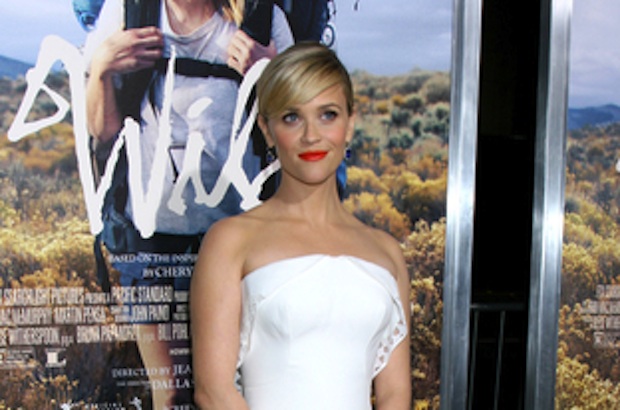 The movie Wild is perfect to see during this last week of the year, when millions of us will make resolutions to change our life (that the vast majority of us will not keep for more than a few weeks).

This film, starring a remarkable Reese Witherspoon, is a meditation on what to do when we get stuck in life, when the circumstances of our life control our destiny, when we are weighed down by our past.

Based on Cheryl Strayed’s 2012 best-selling memoir Wild: A Journey from Lost to Found, the heroine is a woman who takes her unraveled and broken life into her own hands, embarking on a solo hike along the 1,100-mile Pacific Crest Trail, which runs from the Mexican border north to Oregon. She starts out lost, then gets lost along the way. By the end, she isn’t found once and for all – but found, for now. The drama of life isn’t “I once was lost, and now I’m found,” but an ongoing dance of being lost and found many times on our journey.

Strayed is reeling from a painful divorce caused by her serial infidelities and spiraling drug use; her heroin and sex addictions are knotted up with her violent childhood and her unresolved grief over the traumatic death of her mother (Laura Dern).

Getting unstuck, transcending circumstances, letting go of old burdens – all these require more than temporary resolve.

Like all genuine pilgrimages of self-discovery, her trek requires sacrifice, and physical and emotional pain. She needs to be alone with her thoughts and memories. She needs to exert fierce willpower to rid herself of her extra emotional baggage: a terribly overweight backpack is an ongoing metaphor for this burden. Strayed’s daily wisdom is “Put yourself in the way of beauty.” The beauty of both the Trail, and of life in all its messiness and danger, is palpable.

Strayed experiences the range of emotions we can expect when do the work of self-renewal – from guilt, self-doubt and exhaustion to hope and awe. Most of all, she’s clear-eyed about her responsibility for her crisis, and she’s realistic about what she needs to do.

When Strayed reaches her destination [Spoiler Alert], the “Bridge of the Gods,” it’s an underwhelming span across the Columbia River, between Oregon and Washington. It’s not some illusionary perfect grace-filled triumph, but a modest redemption earned by very hard inner (and outer) work.

While not everyone can hike the length of the Pacific Crest Trail, this film invites us to reject the self-help gurus who sell us seven simple steps to change our life. Because changing our life is a goal that requires altering something deep inside – a belief system, a weight of haunting memories, a habitual pattern of feelings.

Getting unstuck, transcending circumstances, letting go of old burdens all require more than temporary resolve. In fact, New Year’s resolutions may actually deflect us from crawling into the way we tick, and uncovering who we are, and why we’re stuck where we are.

Wild doesn’t imply that we can merely walk our way to enlightenment. But if we really journey inside to try putting the pieces of our past into a coherent order we might come to realize one of the most liberating truths (quoting Witherspoon’s dialogue in the film): “All these terrible things I did were the things that got me here…What if I forgive myself?”