A Time For Unity: A Rabbi’s Reflections Upon Returning From Pittsburgh 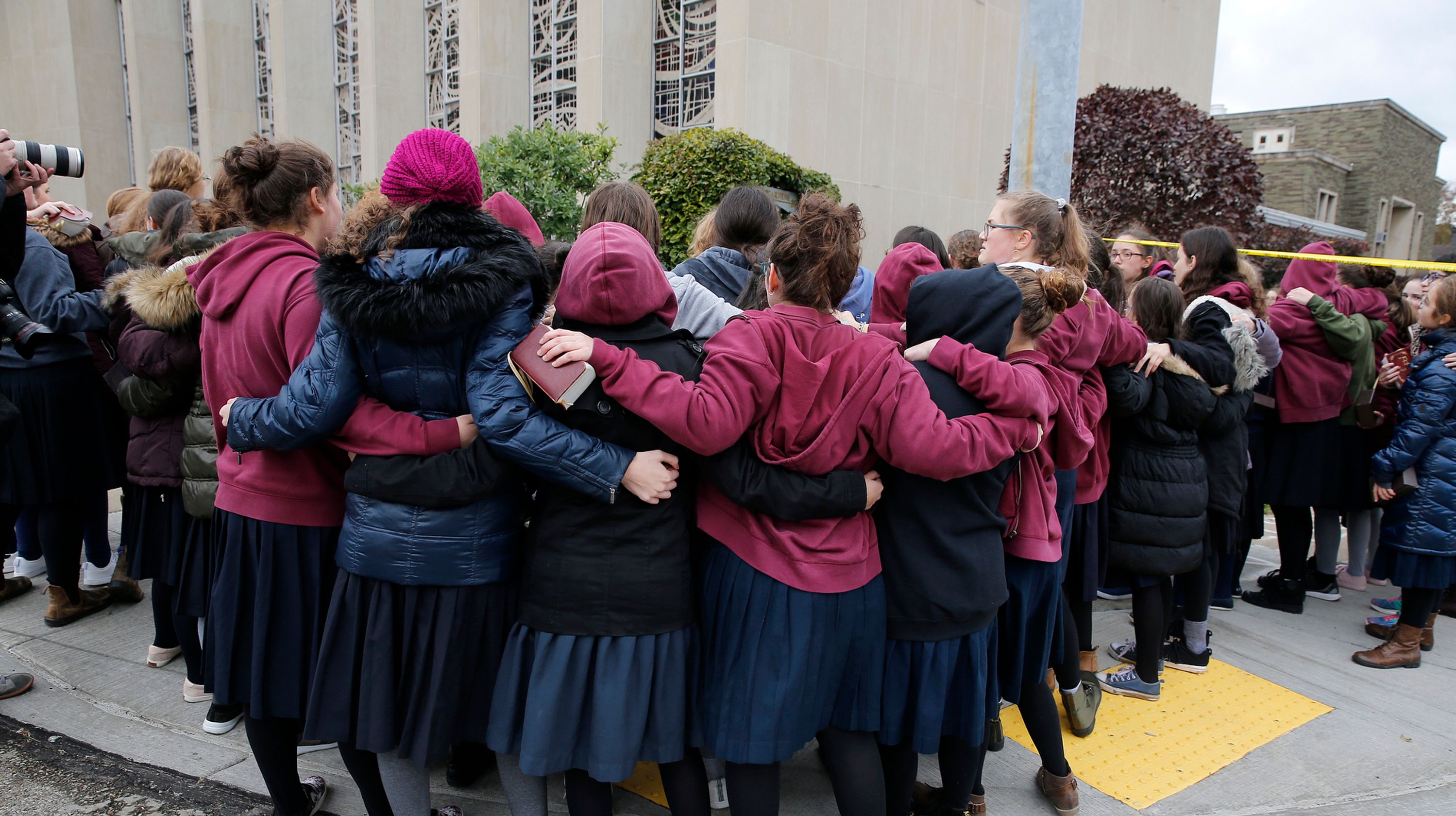 I have just returned from a deployment to Pittsburgh with the American Red Cross.

For any of my colleagues who have experienced grief, the trauma experienced by the Pittsburgh Jewish community is similar, but orders of magnitude larger.  Despite all of the wonderful Jewish institutions that make up  the community, Federation, JFCS, the JCC and all the synagogues, the event was bigger and more catastrophic than anyone could have imagined would happen in 2018.  The American Red Cross (ARC) stepped in to help, as it does in all disasters and I was called upon to join in the effort.

I joined the Disaster Spiritual Care Team of ARC as a volunteer watching their work in the aftermath of Hurricane Harvey.  As a rabbi, I believe this is important and sacred work, and I needed to be part of the team that did that.  So, when the call came to assist my own people in the wake of this unspeakable horror, I knew I had to go.

For the Pittsburgh massacre, Rabbis were selected because of the Red Cross’ desire to work with the Jewish community; we know the “language” and are the people to help in creating a liaison, bridging more effectively to the community to share the wealth of services offered with those in need.  We focused on communications with institutions and then reaching out to individuals, as was possible.

It is impossible for two rabbis to care for a community of almost 50,000, so we worked to create connections.  It was also clear that we needed to support the rabbis and others who were desperately trying to serve their people, while struggling themselves to find strength and succor.   Much of the healing work that needs to be done won’t be accurately assessed for some time. As others have noted, this past week we have been sprinting at the beginning of a marathon.   And furthermore, the nightmare and the work of healing goes far beyond the Jewish community; all of Pittsburgh suffered this trauma.

I was there to help bury people, say Kaddish, attend services and vigils and do what I could, as meager as that sometimes seemed.  I held people and I cried (a lot), but mostly I was just present- an empathetic embrace to those in awful anguish and pain to let them know they were not alone in their time of extraordinary grief.

There are multiple levels to this event, like ripples from a stone hitting the water.  The families, the congregations, the Jewish Community, the people of Pittsburgh, Jews across the country and the people of America, each has been touched by these murders in Pittsburgh.  Each community needs to understand how it has been impacted and how we relate to the others who have also been impacted.  It is complicated and it will take time.

The Jewish Community came together. The denominational differences that often separate us were set aside. Funeral services were packed to overflowing, as were Friday and Saturday services.  And so importantly, we were not alone.

Many others from other faith traditions joined us.  For example, I spent time with a family of the Bruderhof tradition (an Anabaptist denomination) who I met at a funeral service held in the Reform Temple Rodeph Shalom and again at the Shabbat morning services held at the Conservative Synagogue Beth Shalom. They were there to be with us.  I found some comfort in expressing my deep appreciation for their presence and helping them to understand our siddur, the readings from Torah and Haftarah, and some of the common themes of our faith traditions.

The Muslim community raised hundreds of thousands of dollars for the Victim’s fund.  They also offered to create a physical wall of people to surround synagogues in a show of solidarity and protection.  All faith traditions joined with us in solidarity as this was an assault against all of us.  Our common humanity brought us all together.  It was an inspiring message of hope and love.

Rabbi Jeffrey Myers has been remarkably eloquent speaking to the community with important messages as a witness to the horror and as one who has been harshly criticized by some for his welcoming of the President to Tree of Life Synagogue.  Rabbi Myers taught in his D’var Torah this past Saturday that if he was to truly practice the values we preach, he was obligated to respectfully welcome the President of the United States into his Jewish home.  This also gave Rabbi Myers the opportunity to directly state to the President the need for him to stop the hate speech.

In the midst of it all, the Kiddush after Shabbat services was used to share Sheva Brachot, the recitation of blessings to a wedding couple, for one of the extraordinary Pittsburgh rabbis and his wife were just married.  We sang the blessings and then everyone burst out in Od Yeshima and we started to dance.  Watching my two new friends lead the community in joy and celebration of the hope represented by their marriage brought all of us to our feet.  Her unbridled exuberance made all of the pain disappear for a short while.  I cried as I clapped, and sang as hard as I could.

People are quick to explain why this happened, offering ideas that are more pronouncements rather than thoughtful, quiet dispassionate analysis.  I suggest that it is premature to try to address the question why.  It is deeply layered and complex, and we are still in the midst of the acute trauma, making such conversation and inquiry too highly charged and all but impossible.  Instead, as a thoughtful colleague in Pittsburgh suggested, we might look towards the question how.  How do we move forward in the aftermath is a question that will yield more pragmatic answers that will help those struggling to get through.  We will do better to engage in those conversations for now.

The people of Pittsburgh are strong and resilient.  But they are hurting badly and deeply.  In the name of Klal Yisrael and as fellow Americans, we have an obligation to be there for Pittsburgh’s Jews as the immediacy of the trauma and shock wears off and the struggle to heal begins.  We are forever changed by this.  May we learn constructive lessons so that those lost as true martyrs in the Jewish tradition will not have died in vain.  May their memories be for a blessing.