A Meeting of Cultures: Lessons from a Jazz Great – Week in Wisdom 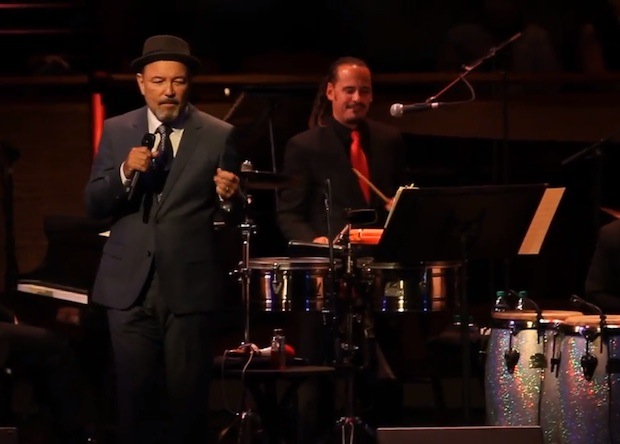 Have you ever left a concert not only feeling joyful and connected to everyone but also knowing you just experienced something that transcended the music itself – that revealed wisdom about life? On Saturday evening I had the privilege of hearing one of the greatest salsa singers in the world – the Panamanian superstar Ruben Blades – together with the Jazz at Lincoln Center Orchestra and Wynton Marsalis. This unprecedented collaboration had Blades singing his own distinctive salsa hits from the 70’s and 80’s alongside and mixed with American jazz standards. The intergenerational and multi-ethnic crowd danced in and out of their seats to the rhythms and beats. The musicians were fluent in two musical languages, two different traditions, and blended and bended and created something both continuous with the past and novel.

What these musicians modeled is what we of different religions and tribes need to learn how to do with our own traditions and inheritances: Honor, treat them with integrity AND at the same time take them in new directions, cross boundaries and create something new.

This was the first time Blades ever publicly performed from the American songbook – songs he explained he first learned listening to records when he was 12 years-old before he spoke any English – and early in the concert he turned to Marsalis and said, “thank you for returning my fear.”? Having performed hundreds and hundreds of salsa concerts Blades was grateful for feeling scared about performing this new material. The fear was generative! Perhaps, paradoxically this fear is the magical ingredient – humility- that gives one the authority to take the risk and play with one’s traditions and insures the authenticity of what emerges.

As I listened to this concert of wondrous intersection of traditions I thought: What fear do we need to recover to be creative at some next level – whatever our traditions in whatever domains we are most fluent? What do we know so well, what are we so comfortable believing and doing that may even define us, that we need to risk changing and stretching to produce something new and enlivening?