A Letter to a Former Student: When Our Views Diverge 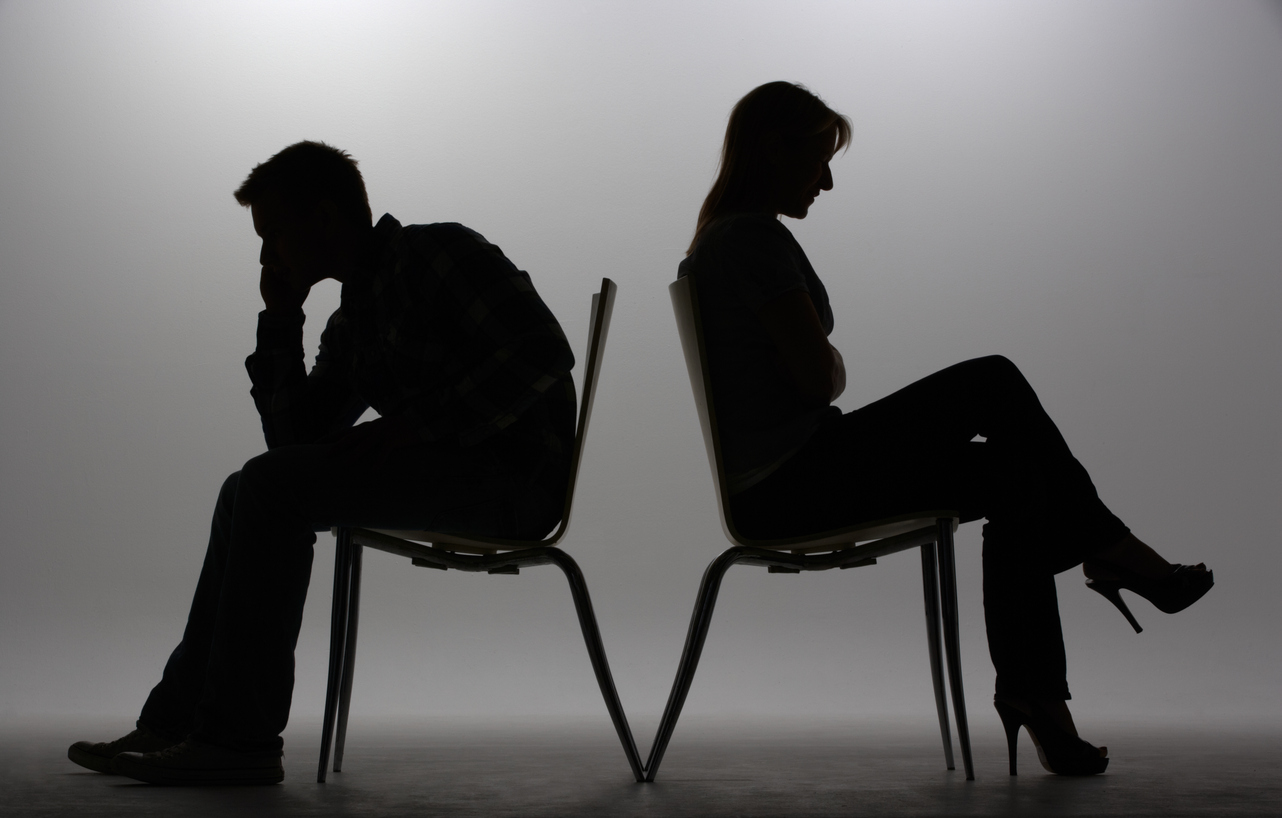 You are one of several former students with whom I stay in touch, through the modern auspices of social media. I am glad and grateful to hear from you and the others, and it has been interesting and even gratifying to see how you have grown up and become young adults. (And a few of my former students are not so young anymore!) I enjoy wishing you and the others happy birthday and other congratulatory thoughts, offering you a “shoulder” when sad events occur, occasionally acting as a job reference, and discussing various issues.

N, you are probably one of the students with whom I’ve been closest; although you are not Jewish you came to my synagogue for services a few times, including both my daughters’ bat mitzvah ceremonies. You visited us before one of our Passover seders, and, with your girlfriend, you shared a meal with us in our sukkah last year. Another time you were one of a few friends who responded to a question I asked for an article I wrote for this website, and I quoted you! A few times I announced to people on social media where you had displayed commercial artwork around Brooklyn, and I did so with pride.

You and I have discussed religious subjects in depth. I am well aware that you are an Evangelical Christian and youth preacher, and you are well aware that I am a Conservative, egalitarian Jew. Our “chats” have taken place on Facebook and Messenger, and in person a few times. You have sometimes asked me about Hebrew words and quotes, Jewish ritual and holidays, and other related topics. At times I have been a bit uncomfortable about the direction of some of these discussions, and I let you know about it, but I have kept in touch. Part of this is out of a sense of friendship, and part of it is my role as a teacher. Yes, I do see it that way.

Thus, this letter is a bit difficult for me to write. See, I know that friends and family can hold differing opinions on various topics. I am not one of those people who expect everyone to hold the same viewpoints as I do on all issues. Our society has become rather divided on too many topics, and while many people do not seem to care about this friction, many of us are alarmed by this growing split and partisanship.

Perhaps you are not even aware of reasons why I have been more than a bit alarmed by some of your views. For instance, I have noticed a few of your posts that mocked and even skewered LGBQT rights and the Pride movement in general. For example, you shared a post in which a guy wrote “Happy ‘Pride’Month” and then comments followed, asking why LGBQT people should be proud of themselves. I realize not everyone is comfortable with this topic, and there can be many reasons why. But I do think that adults, reasonable and mature adults, should be at least moderately tolerant of people’s sexual and gender orientation.

When I see someone using words to degrade the Pride movement, I disagree with the stance and I also have reservations about the person’s intent. N, I understand that you see the members of the LGBQT community as a threat to religious laws, and I know that you are not the only person in this camp. But when you start preaching about the religious laws broken by these people, I am very annoyed.

Another issue has irked me even more. You have posted more than a few messages and visuals on Facebook that denounced a woman’s right to safe abortion. Along with one shared graphic you described in depth why a woman does not have the right to think of the unborn fetus as another part of her body. You took a stance which I found was very demeaning to women in general. We discussed this back and forth, and you did not budge at all, nor consider the motives of the women who underwent abortions. I realized that no one else was engaging in this debate (did they want to avoid this debate?) but I felt it was important to alert you to various issues. After several back-and-forth comments, I left the debate. I felt I was “banging my head against a brick wall.”

Look, I know that there are people who are not in favor of a woman’s right to abortion, or who have reservations about various aspects of this hyper-charged topic. But I found that your high-horse attitude was alarming. You acted as if you had all the answers, and that was not right. There was nothing conciliatory on your side.

Several months ago, we had a different kind of abrasive “chat” in which you asked me if I would be willing to accept Jesus into my life. I went through a similar discussion with a Seventh Day Adventist high school friend of mine, many years ago. I had to tell you that, although I find Jesus an interesting historical person who had many interesting lessons to impart, I would not accept him as my messiah. You seemed taken aback and couldn’t understand why I thought this was troubling. I found it troubling that someone would want me to change one of my core religious beliefs, and not understand why requests to reconsider just wouldn’t make it happen.

I have tried to handle these touchy topics as carefully as possible. And on several other subjects, both serious and less heavy, we have similar views and likes/dislikes. We both enjoy street art and New York City history; we both like certain music genres and sports events and amusement park rides. We are both fans of the late “Yellow Benjy” Melendez, the Puerto Rican former gang leader who discovered his Jewish roots (in fact, you told me that your father knew Melendez and it was very interesting to me). We both like martial arts and even have a few friends in common. Perhaps most important, we can both share laughs about certain things.

But when you get too preachy and veer toward proselytizing to me, then I am greatly annoyed. I have had to abandon certain Facebook discussions because of this. When you come across as too extremist in your views, especially on a few topics which are quite important to me (such as women’s reproductive rights,) then I am alarmed by your rhetoric and feel the need to speak up.

People can react differently to friends who have vastly different viewpoints; some cut them off completely. In recent years, I have only done that a few times; I tend not to sever ties with people, but sometimes I put distance between us. I am the kind of person who likes to find common ground with a friend, and sometimes say that certain topics are off limits, in order to keep a civil atmosphere between us. That works with most people. Maybe I have developed this way because I saw how my mother would cut herself off from old friends, and my father cut himself off from a few family members… and not negotiate terms of friendship. I dislike taking that road.

Perhaps our differences are also due to our different ages. When I was younger, especially in my 20s, there were times when I would be shriller about certain issues, and I would be more willing to “un-friend” (de-friend?) people with whom I disagreed. Now that I am in my early 50s, I have moderated my tone at times, and I find that I am more willing to put up with certain “shtick” from people, as long as we share common ground in other realms.

Currently someone with whom I have been friendly since junior high school, L,  has made harsh political statements on social media, and L has antagonized a few of my friends. Similar to you, L has taken extreme stances that rile people. Not quite similar to you, L has baited a few of my other friends in a very nasty way. Thankfully N, you don’t seem to be acting in a cruel, mean-spirited fashion, and you argue more politely than L. Yet, L and I remain friendly, for the most part. And I know that all our friends cannot be our mirror images. If that were to happen, our lives would be too dull. Or it would be unrealistic! If we are to vet everyone on every single issue, it becomes absurd.

But N, I do hope you respect our differences and I hope you can learn a little bit from me about the need to moderate, to be tolerant, and to deal with those who are different in some ways but not others. In my estimation that is an integral part of life.

Let me end with a message from one of my teachers. At the end of second grade, Mrs. Strauss was wrapping up lessons for us. She said that one of the most important things we could learn at school was “how to get along with others.” Over the years I sometimes scoffed at her comment; was it a hippie admonition, delivered a few years after Woodstock? Weren’t critical thinking and strong writing more important things to cultivate at school?

But the more I thought about Mrs. Strauss’s words, the more I realized she made a very valid point. She didn’t say that academics were unimportant; rather, she stated that getting “along with others” was one of the most important things to learn, to hone, at school and then throughout life. At home, at work, with friends, at houses of worship, in other public spheres, getting along and working together, being diplomatic and dealing with our differences, is a key to a multifaceted, productive and realistic life. So N, I hope you understand where I am coming from.

Take care and be well!