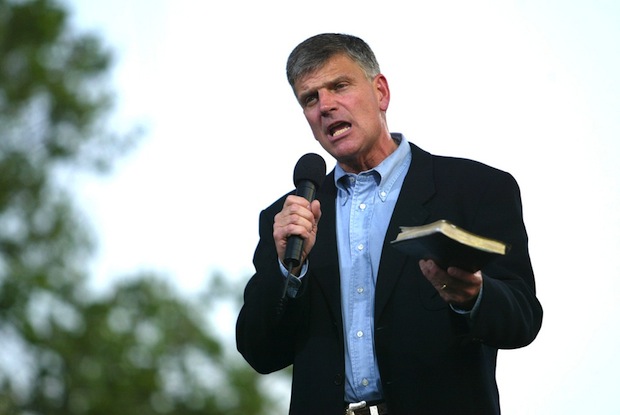 From Odyssey Networks’ Faith on the Record series: Sounding off about Wells-Fargo’s TV ad depicting two women learning sign language in order to adopt a hearing-impaired child, Rev. Franklin Graham declared his plan to cut ties with the bank by withdrawing his ministry’s funds. He also encouraged his flock to follow suit. But the evangelical leader soon softened his stance (saying he isn’t opposed to the company’s ad being “gay-friendly”), and now, what I find fascinating is watching him wrestle with this issue. “What if all of us were willing to open ourselves to the competing claims of whatever tradition we follow?”

Watch my video below for more insight and discussion: