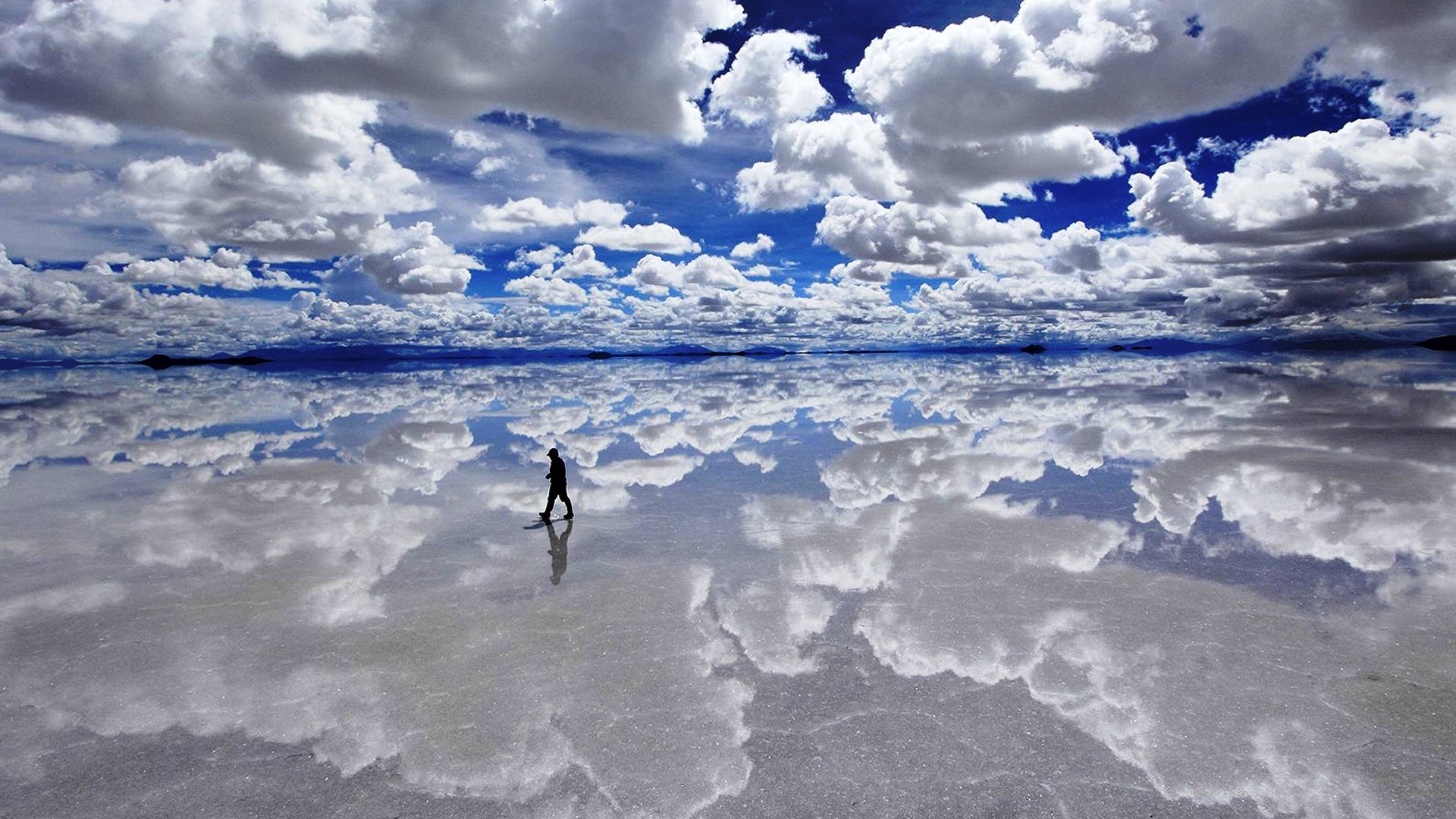 Every time this anonymous quote appears in my facebook feed, I feel a shiver of recognition. It encapsulates so many of my most cherished memories… bizarre moments that transport me out of my regular world and into an almost surreal state: Collecting strange glowing creatures in the desert, trudging through a pitch black underground stream, dancing on the beach at night with fire twirlers and jugglers.

And, while my everyday world can not always provide the dose of magic that I desire, vacations can be the perfect opportunity to slip back into the world of weirdness that always calls me.

Here are 8 places where magic seekers like me can experience the otherworldly feeling that we crave.

Near the Utah/Arizona border lies a strange and whimsical place. 190-million-year-old sand dunes have turned to rock, creating a landscape straight out of a fairy tale. Dramatic waves of red, pink, white, and yellow Navajo standstone rise and fall, creating a dramatic dream-like effect. Visitors need to acquire a permit before entering this natural wonder because of the ecological sensitivity of the area, but not only is it worth the hassle, it also guarantees that you will have the pleasure of enjoying the waves with a privacy that the more accessible natural landmarks cannot provide.

Island of the Dolls, Mexico

A two hour canal ride deep into the heart of Mexico brings you to a macabre island populated by hundreds of mutilated dolls.  Many years ago, a recluse named Julian Santana Barrer hoped to retire in peace in a remote area of Xochimilco. But, his peace was disturbed by the corpse of a young girl and her doll floating in the canal. At night, he’d hear footsteps and the wailing sounds of a grieving mother. In order to appease the “ghosts” he began to hang dolls from the trees.  Although Barrer died mysteriously 14 years ago, visitors still come to the island to hear the dolls whispering and feel their eerie eyes tracking their every step.

In the early 1900’s, using only a pick axe and shovel, Sicilian immigrant and visionary, Baldassare Forestiere, worked for 40 years to create a vast underground network of rooms, tunnels and courtyards. Fruit trees, flowers, and grapevines transformed the underground world into a living realm of enchantment. Today, guests travel from all around the world to visit his creation.

For some people, a true escape from reality means getting away from the pressures of being around humans.  Imagine an island filled with furry four-legged creatures who want nothing more than to be cuddled by you.  Japan’s Cat Islands can provide you with just such an escape.  Aoshima is the most well known of these islands and for good reason.  There are 15 people on the island and hundreds of cats. Originally brought in on ships to decrease the rodent population, the cats have thrived.  Aoshima is not meant to be a tourist destination. There are no cars, hotels, or restaurants on the island. But, for true cat lovers, this makes it an even more desirable place to visit.

Travelers to Waitomo, New Zealand can make their way below the green mountains to a secret labyrinth of caves and underground rivers. Thousands of glow worms (Arachnocampa luminosa), native only to New Zealand, light their path as they walk, paddle, or crawl through the mysterious passageways.  It’s like being teleported to an enchanted world illuminated by living, breathing stars.

Amongst the trees of the coastal rain forest of Vancouver Island, British Columbia, whimsical spheres gently rock guests to sleep. From the spheres, visitors can walk to a local salmon hatchery on Big Qualicum River or travel a bit further to Lighthouse Country Trails, Cathedral Grove, Horne Lake Caves, as well as Ziplining and Kayak tours. Or, they can choose to simply spend their day swaying in the breeze. The Spheres came about from a question the master craftsmen, known as Tom, asked the Spirit World: “What can I do to prolong these ‘whole-minded moments’ which arise from my awareness of oneness in meditative and creative states?” The answer manifested into Free Spirit Spheres, which have attracted visitors from around the world to become one with the natural world.

In Altiplano, Bolivia, more than 4,050 square miles of prehistoric lakes evaporated long ago, creating the world’s largest salt flat. When nearby lakes overflow, a thin layer of water transforms the flats into an otherworldly landscape of sky reflected on the water. While the harsh and desolate terrain can make travel there difficult, adventure seekers can regain their strength in the world’s first salt hotel.

No list of weird vacation destinations would be complete without mentioning Burning Man. For one week every summer, a temporary city is erected in the Black Rock Desert of northwest Nevada. Up to 70,000 participants spend the week together, living as a vibrant creative community. Large scale interactive installation art inspired by the merging of technology and human connection invite participation through climbing, motion, or touching.  There is a ten principle ethos that guides the event: radical inclusion, gifting, decommodification, radical self-reliance, radical self-expression, communal effort, civic responsibility, leaving no trace, participation, and immediacy. While in Black Rock City, guests are invited to slip into a surreal world of art and radical communal living.

For many people, Burning Man is more than event, it’s a way of life. Regional branches have sprung up all around the country allowing magic lovers everywhere the chance to slip into an alternate universe whenever the mundane aspects of everyday living become too overwhelming. Which, perhaps makes Burning Man the ultimate otherworldly vacation.