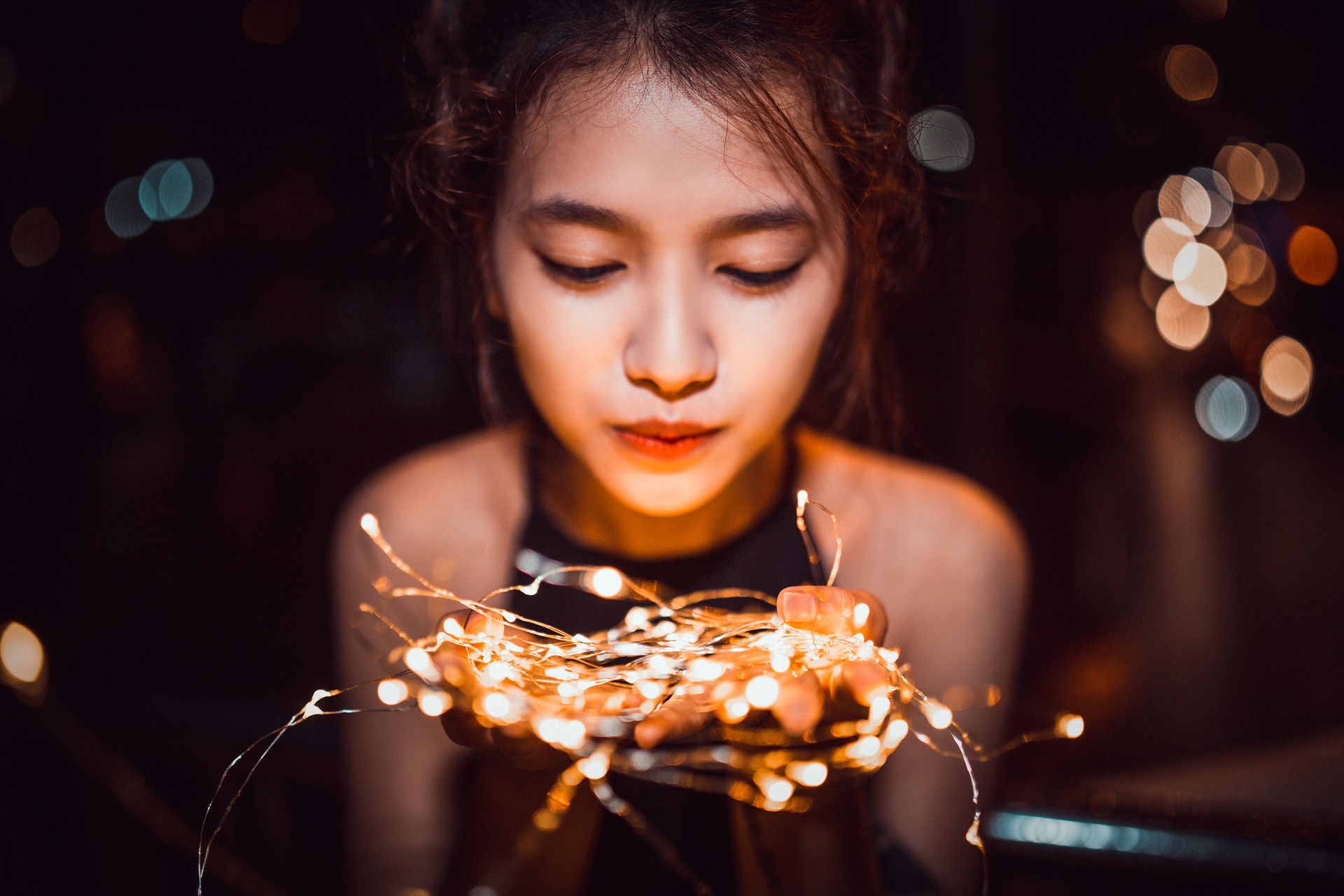 A few months ago in downtown Vancouver, I came across a Salvador Dalí sculpture called “Woman Aflame.” The bronze form stands, not upright, but bent; her torso and shoulders stretched far behind her legs and feet. Her right arm is folded towards her face with a closed hand inches from her mouth. Her left arm is stretched out before her, her hand held straight up from her wrist. Planks of wood are nailed onto the front of her body from top to bottom; thick stakes or branches prop her up from behind. Flames climb from the bottom of the skirt to the top of her thigh.

I stood wide-eyed before the woman for a moment, struggling to make sense of the woman’s form and fetters. I started to walk away only to return, captivated, wondering what Dalí was thinking and why I saw myself in the image.

A week or two later, I had a dream in which someone asked what my purpose in life was now.

I recently found some guidance to make sense of the dream in an unexpected place: my daughter’s Sparks group (the youngest contingent in Canada’s Girl Guides). At one point in the night, the girls gathered in a circle and belted out a song familiar to me from my childhood Sunday School. The words have been changed, since Girl Guides isn’t religious, but the tune and hand motions are the same:

What does it mean to for women and girls to let their lights shine; to burn, but slowly?

Earlier that evening, the girls played a game in which they took turns naming one thing they liked about themselves. The girls were unfazed by the task. They shouted their answers in turn, without hesitation: I like that I can swim! I like that I can draw!

I tried to imagine how a group of older girls or young women would handle a similar task: embarrassed, panicked faces came to mind. Books like the classic Reviving Ophelia give clinical witness to anecdotal experiences of crippled confidence among girls as they enter adolescence and adulthood. Though abilities and strengths don’t disappear, the confidence of girls and women to celebrate and act on them often does. Voices that tell girls who they should be and what they should do grow loud; to put it in the words of the song, people try to blow their light out… and often succeed.

At the end of the evening, the girls in my daughter’s Sparks group received the badges they had earned over the previous months. One of the badges, and the one that caught my attention, was the “Being Me” badge. It’s a little thing and a revolutionary one; a badge that celebrates a girl’s effort to take stock of who she is and celebrate that knowledge. When I think of my daughter and the millions of girls like her who will be inundated by messages over the next ten years telling them what they should look like, talk like, listen to and be interested in, I am comforted to think she is learning now the beautiful truth that it is a good and worthy thing to be herself.

For the past year I’ve been listening to a podcast called “My Life: Chassidus Applied,” hosted by Rabbi Simon Jacobson. Of the host of things I’ve taken away from podcast, one of the greatest is Jacobson’s insistence, based on the teachings of the Lubavitcher Rebbe and others Hasidic masters, that discovering one’s strengths and passion is critical to living a full, meaningful life.

For adults, it’s not only our responsibility to cultivate those strengths and passions, but to help the children and adolescents in our lives discover and build on theirs. As a parent of children aged 5-15, I’ve found this teaching incredibly helpful. My temptation is to direct my children’s interests and passions towards the things that interest me. The better part of wisdom, as I am learning, is to celebrate and support them in developing the interests and passions given to them by God.

As a woman who has squelched my passions at various points in order to not be a nuisance to others, I’ve found the teaching incredibly liberating. It’s helped me figure out what it means to let my light shine; to burn, but slowly. To be me.

And that is to take stock, as my daughter and the other little Sparks have, of the God-given gifts and passions I have and direct my energy towards those. It means to settle into my uniqueness when the easier path would be to hide it away. It means to trust that I am fearfully and wonderfully made, as the Psalmist declares, and that those around me are as well.