What We Can Learn From Saint Romero About Social Justice 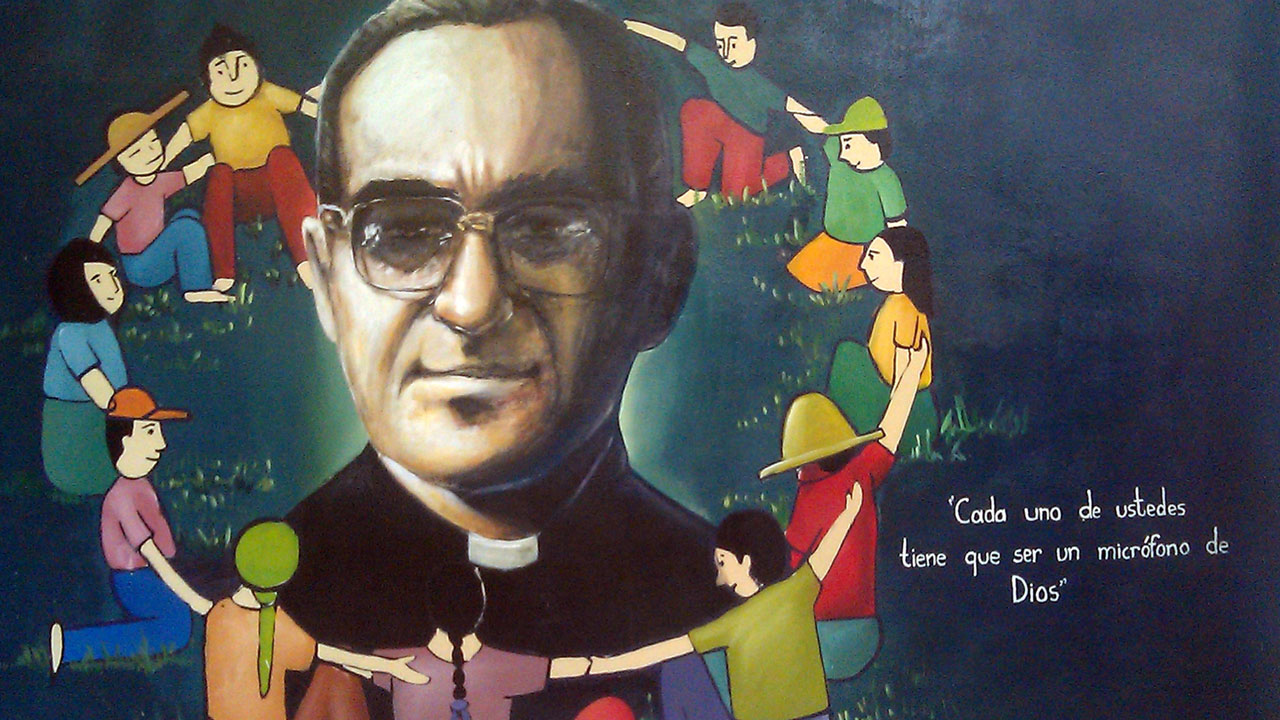 The first time I visited a white Protestant church I felt I didn’t belong. I don’t often relate to the way many fellow Christians practice religion. It was only later, after I learned about the life and lessons of Saint Oscar Romero that I found some comfort in Christianity. Yes, he belonged to a completely different denomination, but he cared deeply about the poor and marginalized. He showed me a whole new way to look at faith.

Being from El Salvador, most discussions of my country of birth revolve around trauma. The country is mostly Christian–Catholic and Protestant–with a small sprinkling of Jews and Muslims.

In the United States, most powerful denominations of Christianity are associated with megachurches, xenophobia, racism, and a preference for the rich. Indeed, there is nothing wrong with ornate buildings themselves, but what they represent is different from the ideas of Saint Oscar Romero.

Saint Romero became a fixture around the world once he received his posthumous canonization as a saint in 2018–the same year a warrant was issued for the arrest of his killer.

On March 24, 1980, a gunman shot then-Archbishop Romero in the heart. The act was seen as retaliation for speaking up against the death squads plaguing the country. Some people were afraid to speak his name after his murder.

My family are mostly Protestant with a few distant Catholic relatives. Saint Romero’s legacy spans across all beliefs in El Salvador and much of Latin America. A spokesman for the poor and marginalized, his interpretation of faith and human rights can be appreciated across religious denominations.

Liberation Theology came out from the civil unrest and inequality in Latin America during the 1950s. While many white churchgoers in the United States are known for embracing a form of Christianity that justifies capitalism and was used to ensure slavery remained in the country (among other human rights abuses), Liberation Theology stood with the oppressed. The U.S., with its value for rugged individualism, does not jive well with the more collectivist approach of Liberation Theology.

One of the major criticisms of Liberation Theology is that many of its practitioners embraced communism because it encouraged people to share resources with society’s poorest. Liberation Theology suggested that governments and societies should change in structure so that the poor could be included and eventually thrive.

Today, Pope Francis openly lives a humble life while speaking up against injustices committed against immigrants, refugees, and poor people all over the world.

So what can we learn from Liberation Theology today?

Saint Romero began speaking up about the death squads’ treatment of the poor long before it personally affected him, but he still grieved the death of his friend, Father Rutilio Grande, who was shot upwards of 14 times. In addition to speaking up, Saint Romero did his best to make sure his life reflected his values. Here are some pillars of Liberation Theology that offer us valuable spiritual lessons today.

The importance of speaking up against injustice. Many Salvadorans were afraid of criticizing the government, despite its role in the demise of many. Where others stayed silent about the dead or disappeared, he spoke their names. His masses were also places to hear the news, as well as a religious sermon. Saint Romero implored soldiers to go against the orders of their commanders and stop killing civilians immediately. He was shot during the sermon where he spoke these words.

Taking action. As risky as it was to speak against the soldiers causing much of the violence in El Salvador, Saint Romero also spoke out against many of El Salvador’s richest families. He criticized them for hoarding vast amounts of wealth while many in the country languished in poverty.

Believe in the impossible. Saint Romero witnessed the death of many of the country’s religious leaders. Priests, nuns, and other leaders were killed during the Salvadoran Civil War. He publicly grieved the death of one of his best friends, and was alive during a time when death squads targeted innocent people for a variety of reasons. Even then, he wanted to be a voice of hope for Salvadorans.

Don’t flinch. Many of us today have a hard time staying the course. We may not deal with the types of problems Saint Romero did, but we give up on a variety of things when they become difficult. We give up on jobs, relationships, new habits, and the pursuit of human rights. Saint Romero stayed consistent until the end.

Help the poor and marginalized with action. When tragedy strikes, it is common for many in the United States to offer their “thoughts and prayers.” In today’s social media age, it’s easy for us to feel that we’ve done something to help because we shared a meme, signed an online petition, and gave someone a pat on the back. Saint Romero took the time to name names, he cried with those who cried, and risked his life during his sermons. We can do more to help the poor by voting for people who care about their interests, donating time, money, or supplies to organizations that help them, or by sharing resources to at least one person.

From murder to sainthood

No one has to become a martyr or a saint, but Saint Romero shows us that speaking the truth, and living a life according to that truth is what leaves a lasting legacy. Saint Romero’s legacy did not just change El Salvador back then, but the lessons we wean from his life have the potential to change it today.

Ingrid is a freelance writer from San Salvador and raised in L.A. She lives in Mississippi when she's not traveling the world. Most of the time, her head is buried in a book when she's not deciding between coffee and year mate. You can follow her adventures on Instagram: @ingridiswriting