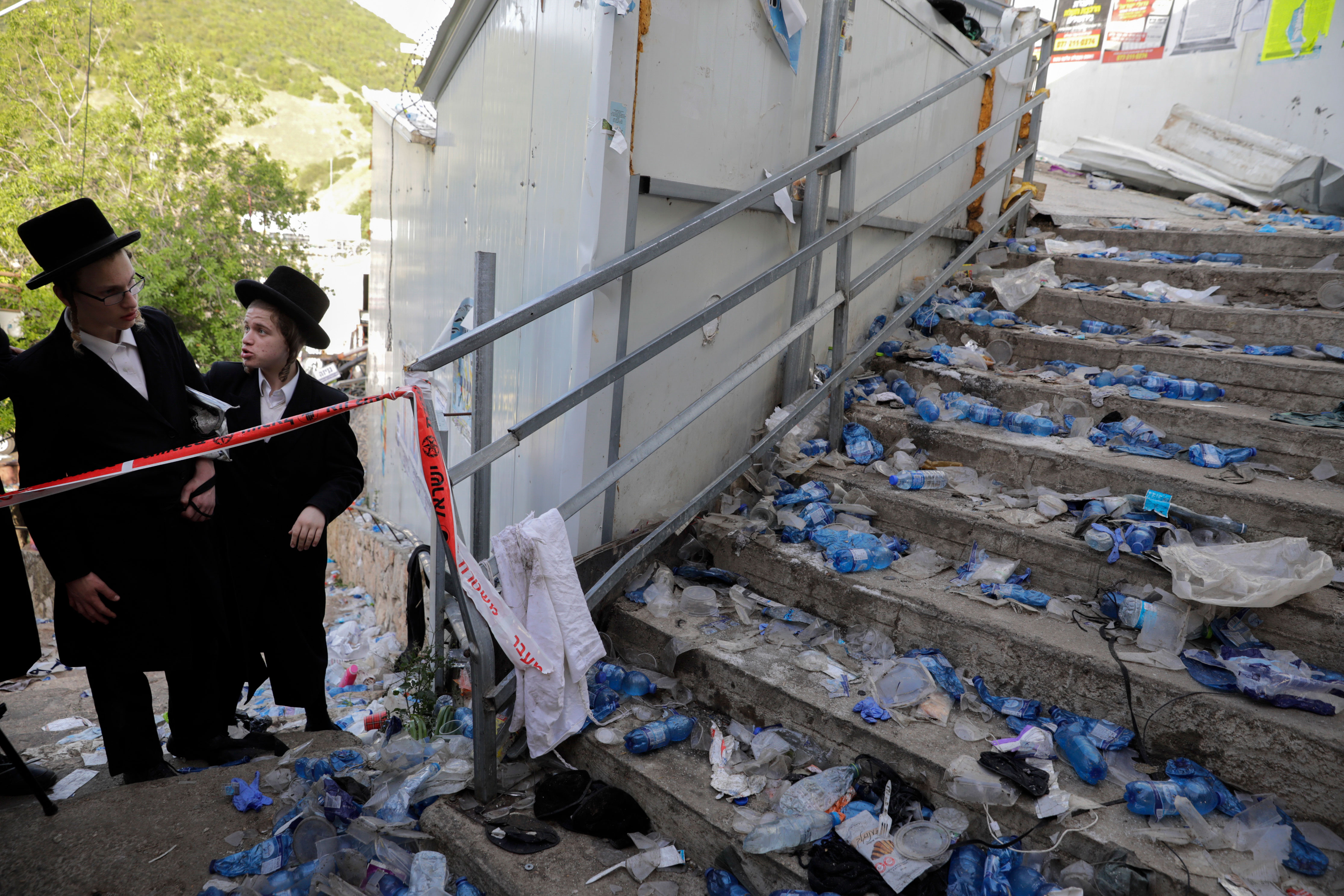 It is always easy to dismiss the warnings.  No one wants to think anything he or she does puts him or her in danger. In order to live in the world, we all need to turn a willfully blind eye to the many ways harm may possibly come to us.  We can’t know all the statistics about the ordinary things that may cause us harm like our chances of being hit by a car or a stray bullet, of having our homes and possessions destroyed in a hurricane, contracting a deadly virus that spreads easily in unventilated spaces or having a fatal coronary attack.  It would be too overwhelming.

But we also can’t ignore the warning signs.

Like the verse in the book of Micah 3:11 which reads,”The LORD is in our midst; No calamity shall overtake us,” it is much easier to assume that if one is doing something appropriate and in an attempt to reach God and worship God, that nothing bad can happen.  Unfortunately, as we all know from the events on Lag B’Omer at Mount Meron in Israel, that is far from the case.  Bad things can overtake us in all kinds of places.

In fact, the portion of the verse I just quoted is only the latter part of it.  The first part discusses the corruptness of the rulers, priests and prophets and the problem that they assume they can rely on God, smugly stating that whatever they do they will be fine because after all “God is in our midst.”

I don’t know whether God was at Meron, and there is no virtue in the ability to see perfectly clearly in hindsight.  But on Meron,  the warnings were clear as reported here and here.  Tragically no one was able to decide who had the final oversight on the site of the celebration at Mount Meron, so the festive atmosphere became a mournful one.  Now, Ashkenazi Chief Rabbi David Lau is calling for the state to have oversight, as reported here.

There are so many everyday dangers that are easier to ignore; no one wants to live in a state of constant anxiety over the potential for accidents and awful things to happen.  But as anyone who has parented a mobile baby or toddler knows, one has to anticipate as much as possible where danger lies so it can be averted.  Will the child run wherever he can, even into a street full of speeding traffic if a parent is not holding his hand tightly?  Will she eat the object of a size potential to choke her if it is left in the vicinity of her grasp?  Will she wander too close to the edge of a body of water if I don’t notice where she is going before she drowns?  There are sadly, many tragic childhood accidents, some preventable and some not, yet most children make it through those early years unscarred.

Likewise, someone in the state of Israel needs to take that position and have final responsibility for safety evaluations at holy sites and celebrations and as well as the authority to implement the recommendations.  In Mecca, after a similarly tragic stampede, the authorities instituted a lottery system for pilgrims so that the amount of people participating each year would be within the limits of safety.  As reported here, the Saudi government sets quotas, allocated to those of different countries.  Perhaps at Meron, if 100,000 celebrants want to attend each year and the site only has space for 10,000, then attendance should be limited for each individual to once every 10 years.  It could certainly be done.

If we want to bring God into our midst, we can’t rely on the corrupt assumptions of our belief that evil won’t befall us.  It is a longstanding Jewish tradition that we are enjoined not to rely on miracles as a matter of course.  In an apt comparison to the case of Meron, the Talmud in Kiddushin 39b is speaking about a boy who goes up a ladder to shoo a mother bird away from her young before taking the chicks, as commanded in Deuteronomy 22:7.  The Torah says that the reward for this mitzvah, shooing the mother away is length of days:  if the boy is killed in the process of performing this command, how can our system of faith cope with it?  The Talmud asks, “But didn’t Rabbi Elazar say that those on the path to perform a mitzva are not susceptible to harm, neither when they are on their way to perform the mitzva nor when they are returning from performing the mitzva?”  The response given there is  that “it was a rickety ladder, and therefore the danger was established; and anywhere that the danger is established one may not rely on a miracle.”

It should be clear that the danger of the site at Meron was established numerous times by safety monitors from various regional and police groups.  The site itself was a rickety ladder; no one had any business relying upon a miracle to celebrate there without such a catastrophe as finally occurred. I hope that going forward this teaching “anywhere that danger is established one may not rely on a miracle” becomes more elevated than the wrong one of “the Lord is in our midst, no evil will befall us.”  Each of us needs to be aware of danger so that it can be safely averted.