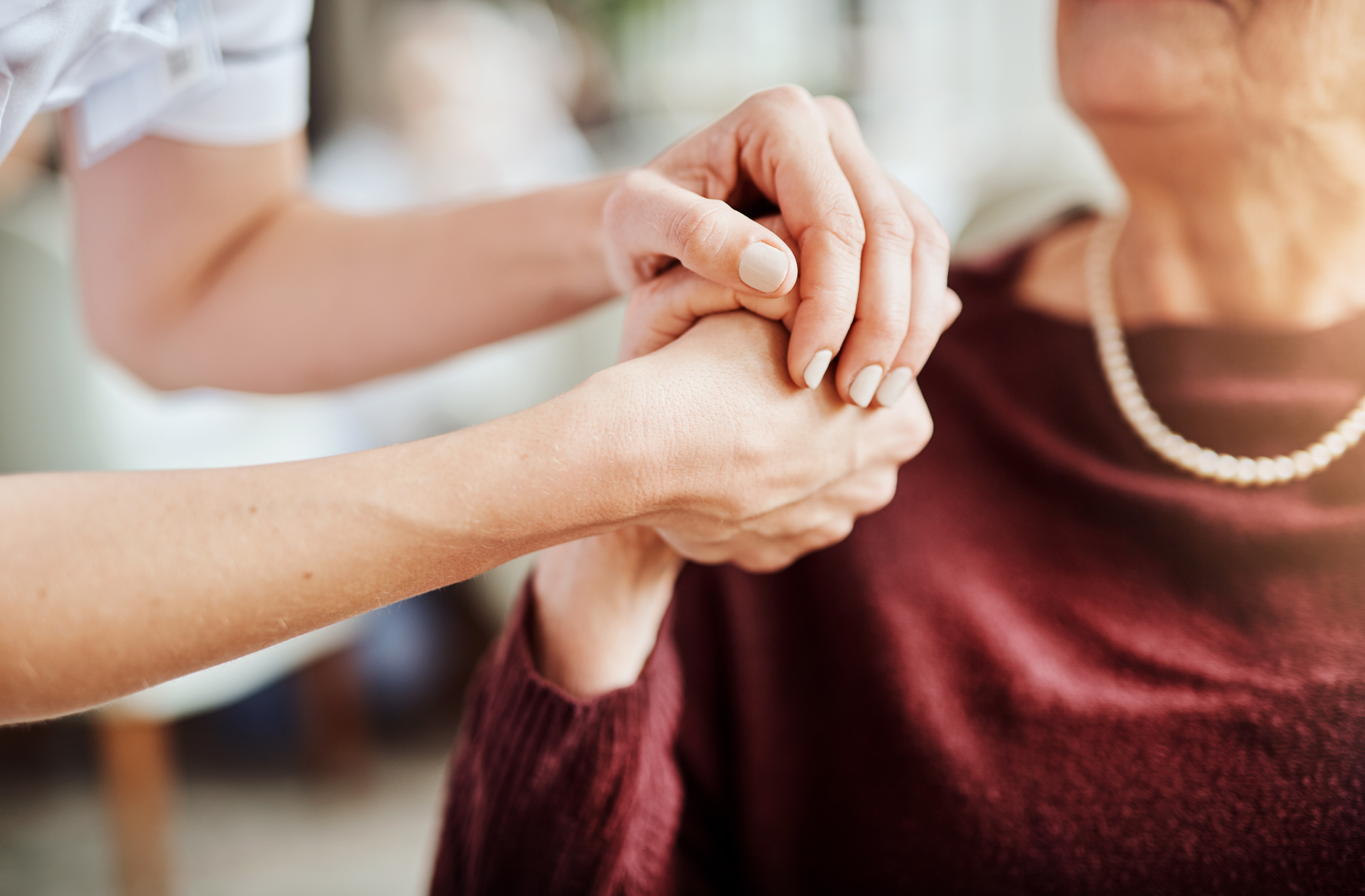 We dressed alike, like it or not. And while my parents spared us the proverbial taunting that would have surely ensued had they gone with their first choice of naming my twin sister, Joan, “Jacqueline” aka “Jack,” we still endured our fair share of teasing just the same.

We donned the unofficial uniform of twins: same clothes, same haircut, same everything. All evidence suggests that my mother would have continued to dress us alike well into adulthood had we cooperated.

We were “the twins,” devoid of our own identities. In Junior High School, we were even forced to share the same basketball uniform. Pretty horrifying stuff for a 13-year-old.

I was always a good athlete, worked hard at sports, even went to basketball camp in the summer. My diligence paid off when it came time to try out for the Junior Varsity Basketball Team. I was thrilled when my name was called and I learned I made the cut. But the celebration was cut short when the coach made an additional announcement.

Coach Sims: “And finally, Jill and Joan Jacobs have both made the Jr. Varsity Basketball team…”

Me: (shyly smiling) “People please! Stop gawking! Was there ever any doubt?”

Coach Sims:”…they will alternate games and share the same uniform.”

Me: “Whaaaat?  Did she say what I think she said? There must be some mistake. How could we share the same uniform? We’re fraternal twins, not Siamese! “

But there was no mistake. I was disappointed and embarrassed, and as always, kept my mouth shut. I suppose I was just happy to be on the team.

In retrospect, I ponder an obvious question: How could this happen? Why didn’t my parents say something? Why didn’t I protest the absurdity of this?

I guess I just thought it made sense. We shared everything, a womb, a room, clothes, friends. There probably wasn’t enough uniforms, so my sister and I would share, just as we always had.

Throughout high school, I excelled at basketball. I loved the game. It kept me out of trouble. While my peers were partying, I was perfecting my jump shot. As a high school senior, I was captain of the team, MVP, and led our team to its first regional finals. And best of all, I had my own uniform.

My mother never liked the way I dressed. As a pre-teen, she didn’t care for my tomboy look. She was not a fan of my preference for wearing baggy, ripped jeans over choosing a more tailored look when I was a teenager. The interminable apparel arguments continued into my twenties when she thought I was showing too much skin. Disagreements surrounding our different fashion sensibilities were often the cause of frequent mother-daughter tensions.

After I moved away from home, she often sent me clothes. Most were not my style, so I gave them to friends. My mother preferred me in bright colorful clothes, yellows, oranges, reds, colors that pop. According to my color chart, I’m an autumn, so warm, fall colors are best suited for me. My friend Maureen is a summer, so she got all the yellow clothing, which there were plenty.

So when my Mom called to let me know she bought me some clothing, it certainly came as no surprise, as she had not given up on trying to dress me, even though I was well into my thirties.

Mom:  “I went shopping today and picked up a little something for you.”

Me:  “Oh, you shouldn’t have. I hope it’s not more clothing. You know I like to buy my own clothes.”

Mom:”You know, it’s a big dress with flowers. All the ladies here wear them when they come back from the pool, throw ’em on over your bathing suit or when you get out of the bath. I thought you might enjoy wearing it when you’re lounging around.”

Mom:  “Oh, I don’t know. Extra-large. They’re supposed to be oversized. Come on, everyone puts on a little weight every now and then, nothing to be ashamed of.”

Me: “I didn’t actually put on weight, Mom. The medicine I had to take, the prednisone, made me a little bloated. Thanks for thinking of me, but I’ll pass on the muumuu. Why don’t you give it to Joan?”

Mom: “I already bought her one, exactly like yours! Then when you come to visit, you’ll have matching outfits. Just like the good ol’ days!”

Me: “Mom, I don’t think the muumuu is for me. New Yorkers don’t wear those kinds of things, you know, real colorful, bright clothing. I didn’t make up the dress code here, but I think it’s best I follow it, and basic black seems to be the designated color du jour. If you think about it, wearing all black is really economical, it goes with everything and you can save money that way. So thanks for thinking of me, but why not give them both to Joan if she likes it?”

Mom: “Nonsense! Did you ever stop to think why you’re still single?”

Mom:” I don’t mean to state the obvious, but you’re not getting any younger.”

Me: “As a matter of fact, I’m well aware of my age and bleak marital status. And if I ever forget, you’re sure to remind me during our daily phone calls.”

Mom:  “See? You’re too sarcastic. Men don’t like that. They like to be in charge. Let them make the jokes. Who do you think you are Lucille Ball?”

Me: “Well, some people think I’m kind of funny.”

Mom: “Did you ever think you’re not meeting the right kind of man because of how you dress, you know, wearing black all the time? Men probably think you’re depressed. I mean, who wouldn’t be, single at your age?  Try some color. Trust me, color can go a long way!”

Mom: –“Listen, it’s important to always look your best. That way, if anyone stops by unexpectedly, you’ll be prepared.”

Me: “Mom, I just moved here, and I don’t know that many people, so no one just pops in. The only people who would come over unexpectedly would be a robber or a rapist. So, on second thought, you’re right! Send the muumuu right away! Send two so I’ll have one on hand at all times. That way I’ll have a chance to make a run for it after I scare the crap out of the would-be assailant with my crazy attire.”

The acrid stench of burning buildings, debris and God knows whatever else permeated the air for miles around Ground Zero. The smell seeped into my apartment. It’s hot, humid, but we’re told not to run our air conditioners.

The day of the attacks seemed endless. Time moved as slowly as the stagnant toxic air that became thick and heavy by the afternoon. It was hot and uncomfortable, and by evening I wanted to shower, but I was afraid. Fear and trepidation mounted when the media began reporting that the area around the Empire State Building was also being evacuated, as there was speculation that this landmark building was a target.

Panic quickly set in as I began having visions of having to flee during my shower wearing only a towel. A quick perusal of my closet offered the answer to that age-old question of what a girl should wear when forced to evacuate during an unexpected terror attack.

Mom got it right. The muumuu! It was perfect! I could thwart would-be terrorists and satisfy Mom at the same time.

Yes, Mom always knew best. The muumuu had come to represent life’s absurdity and how quickly life can change without warning. That morning I was preparing to go downtown and by evening, I found myself afraid to take a shower while considering my evacuation attire.

Earlier that day, I ventured out to my neighborhood market for some essentials. On the way home, I took my place in a sea of fellow voyeurs on Third and 20th.

We watched the steady stream of the walking wounded making their way from downtown, many covered in the mysterious white soot that fell upon them as the buildings came crashing down. They walked in a sort of rhythmic processional, as an eerie silence deafened the once bustling city streets.

They were headed north.