The All-American Sport of Being Offended 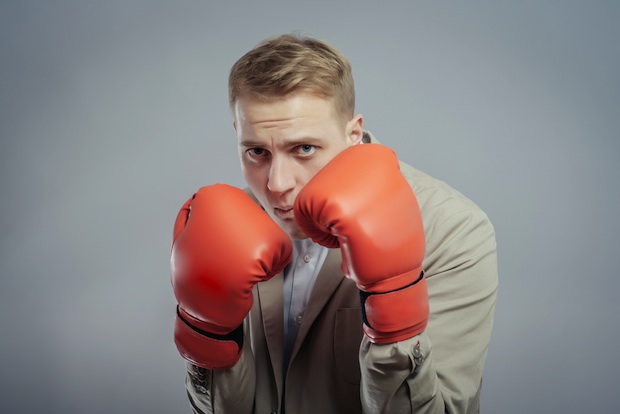 A recent post on The Wisdom Daily started me thinking about the line between being personally offended about something (in this case, a bobblehead offered to a select group of charitable donors – more on that in a minute) and being publicly offended (taking that offense to the level of public discourse and setting in motion a sort of public shaming, i.e., an exercise in political correctness).

A friend of mine recently observed that “political correctness comes about because of peer pressure, the desire to behave like others or the fear of repercussion if one doesn’t behave or speak like others… it’s very adolescent because it expects everyone to act and speak the same, just as teenagers band together all looking alike while they try to figure out who they are as individuals.”

I thought that was a brilliant insight, and worth thinking about how to short-circuit our tendency in society to create political correctness based on personal offense. That is, the tendency to think, “Because I’m offended, everyone should be.”

We’ve become over-reactors about things we disagree with.

Making a bobblehead into a controversy of political correctness – elevating it to the equivalent of, say, gender stereotypes or removing the confederate flag from government grounds (both worthy public discourses) – is over the top. The difference between taking offense and escalating something to the level of making it politically incorrect is the difference between giving you and me the right to determine the level of insult, versus requiring society to condemn something. One is individual, the other, collective.

Do you suppose those Yale donors who received that bobblehead – a replica of a Nathan Hale statue on campus – could have made a decision on their own whether to keep the gift, or send it back with a note of objection? Probably. But someone made an assumption, a bad assumption, that if something’s offensive, it automatically requires a reaction, and a public reaction at that. (The controversy originated with Yale alum Eric Metaxas’ remarks on social media earlier this month.)

Well, I say no. I say as a society we’ve become hypersensitive. I think we’ve collectively lost the ability to take offense without becoming offensive ourselves. We’ve become over-reactors, over-protectors, and over-zealots about things we disagree with.

Here’s a good decision tree we can all try, the next time something strikes us as offensive.

2. Is it offensive to more people than you? If it’s definitely more than you, go to No. 3. If perhaps it’s only you, reconsider No. 1.

3. Is it something that’s widely published, or just known by a few? If it has a wide reach, go to No. 4. If it reaches only a few, communicate to them and to the offender. Or, just trust the few to share their views with the offender.

4. Is it offensive because it’s mean, hurtful and deliberate? If so, go to No. 5. But if it’s just tacky (in poor taste), trust that others will share your view and don’t need you to think/act on their behalf.

5. Go big and go public. It’s worth the discourse. Everything else is below the line.

We face issues in America, really big ones. And with the coming presidential elections, more critical issues will arise. What we don’t need as a country, what’s decidedly unhelpful, is to cloud these conversations with a type of mindset that sees all offenses as equal (and equally important). They are not. And we’re intelligent enough to know it – and to stay focused on what’s really important.

This post originally appeared on the author’s blog, The Rational View.