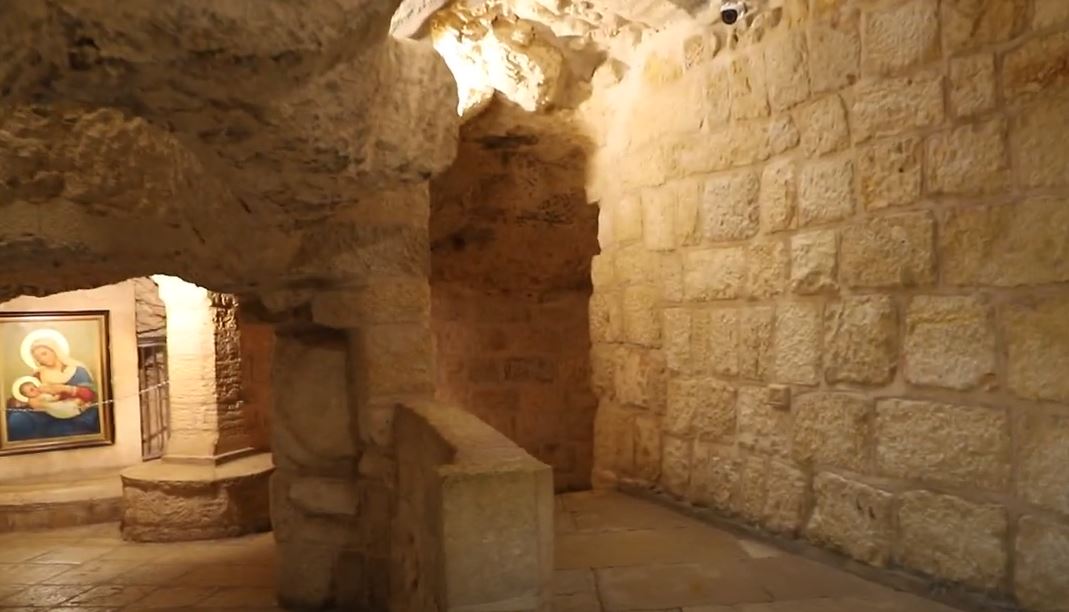 “If a picture paints a thousand words, then an experience paints 10,000.” “Stand where He stood. Walk where He walked. Discover it for yourself.”

When we bring rising Christian leaders on pilgrimage to Israel, we emphasize that there is nothing like seeing, hearing, tasting, smelling, and feeling the complicated, beautiful, Holy Land that birthed their tradition and ours. Born out of necessity amid the pandemic, we began to experiment with digital pilgrimages to see if they could feel every bit as real as those that happened in person. We knew from the outset that they never really could – and yet in a surprising number of ways came to see how real, deep, connective, and immersive they might become.

Our first trip took place last fall in collaboration with Luther Seminary in the Twin Cities. This week, we took a second group that spanned denominations and North America – and for the first time also included Christian lay leaders.

In a revealing moment, on the very first day, a Christian leader from Canada broke down crying at the view of the Mount of Olives in Jerusalem. We were surprised – and moved. What did the tears mean? What was so moving? Where were her tears falling?

She reflected that she had not been anywhere since the pandemic started and finally was able to “be” somewhere that stirred her heart. As the prerecorded video panned the vista of Jerusalem spreading out before us, she believed in her heart of hearts that she was there. The video had been made for her. The view was there for her. Her tradition was calling to her in a new way. She was there in the land – and able to imbibe its holiness.

Others became moved to tears at other sacred sites within the holy city. The Church of Gethsemane. The Church of the Holy Sepulcher. The Western Wall. The Temple Mount. The al-Aqsa Mosque. The Dome of the Rock. The juxtaposition of Starbucks and sacred site.

In many ways, the pilgrimage became real because it felt real. The subjective overcame the objective reality of physical distance. Seeing, hearing, learning about, and getting a guided journey through these sites brought them into lives and therefore to life.

Most surprising, the ability of participants to span distance also graced them with the ability to span time. Piles of rocks thrown by angry Roman soldiers could be seen in their whole form as the holy Temple. The Milk Grotto, with a beautiful picture of Mary nursing Jesus became the real scene of mother and child. The stations of the Cross became the ancient paths that Jesus traversed.

“Stand where He stood. Walk where He walked. Discover it for yourself.” In what felt like something of a post-modern miracle, our pilgrims did just that.

-With Contributions from Rabbi Brad Hirschfield