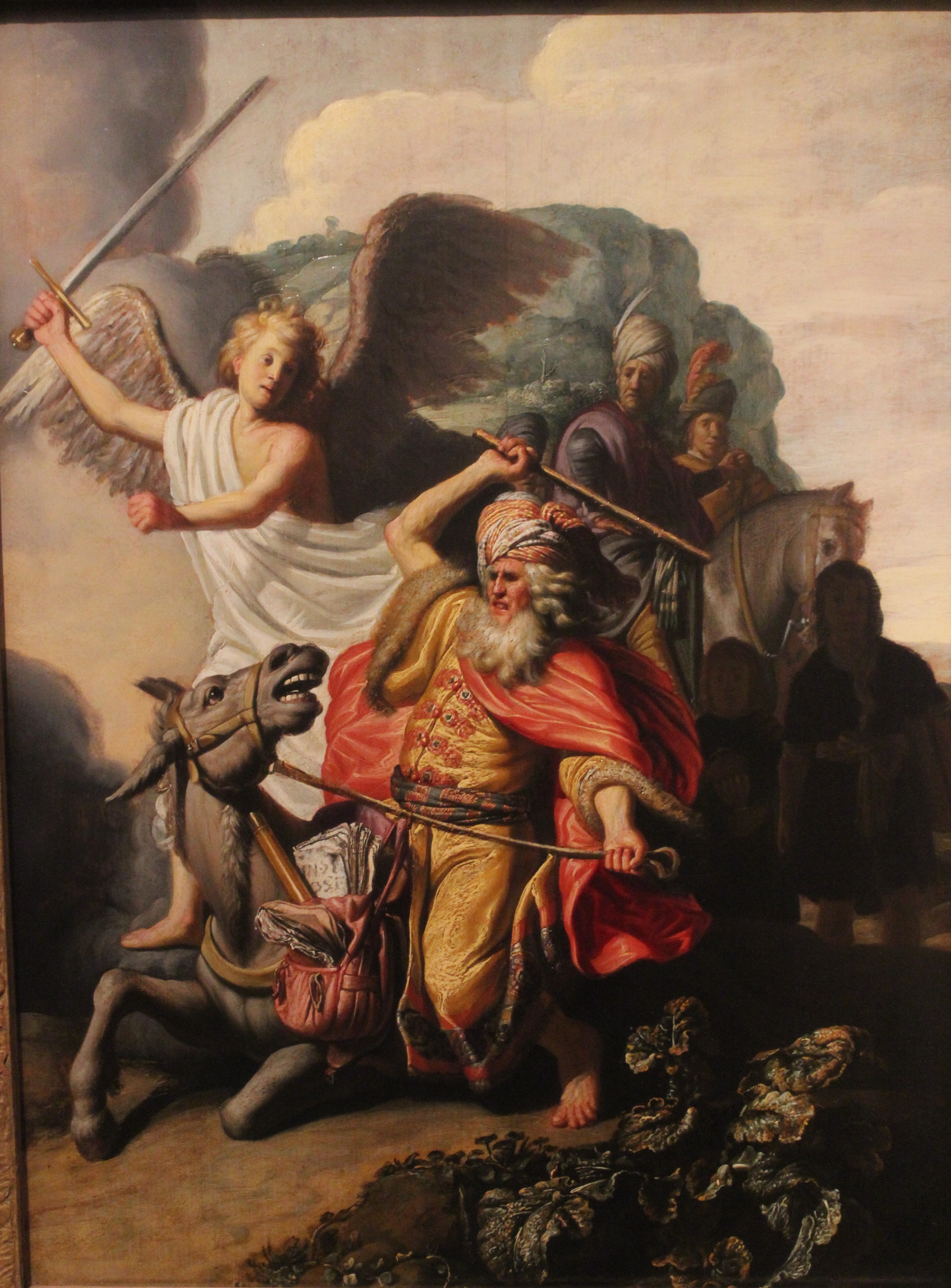 Those questions come in this week’s Torah portion, Balak, where the prophet Balaam is hired to curse the Israelites. Balak, king of Moab, was nervous about how powerful this advancing army might be. As Balaam sets out, we can find some interesting parallels between his journey and another journey in the Torah, one we read about each year on Rosh Hashanah — Abraham’s journey towards the binding of his son, Isaac.

On a purely literary level, there are clear parallels. They both start with the men arising in the morning. They are both accompanied by two unnamed servants. They both encounter a malakh, an angel or messenger of God. And both involve a miraculous animal — a talking donkey in this week’s portion, and a ram caught in the thicket in the Abraham story.

Perhaps it was this last element that led the Rabbis to highlight the comparison and contrast between the two of them. In Avot 5:6, the Rabbis enumerate ten (plus another three, followed by one more) supernatural items that were created “on the eve of Shabbat at twilight,” presumably because immediately afterward, the universe would proceed along its normal course. Among them were Moses’ staff, manna in the desert, and the well that traveled with the Israelites along their journey. And two of them were Balaam’s talking donkey and Abraham’s ram.

But just as there’s a link between the two men in Avot 5:6, in Avot 5:19, there’s a direct contrast between “the disciples of Abraham” and “the disciples of Balaam” — a good eye, a humble spirit and a moderate appetite for Abraham, as opposed to an evil eye, a haughty spirit and a limitless appetite for Balaam. This question of a “good eye” v. an “evil eye” is particularly fascinating, because, in both stories, the Hebrew root resh, aleph, heh — “to see” — appears multiple times in multiple forms.

In the Abraham narrative, he and Isaac walk up Mount Moriah (which, incidentally, means “the mountain where God causes people to see”) and Isaac asks, “Where is the sheep for the burnt offering?” Abraham answers, “God will see to the sheep for the burnt offering, my son.” (22:7-8) After binding his son and raising his knife to slaughter Isaac, “Abraham raised his eyes and saw a ram, caught in the thicket by its horns,” (22:13) sacrificing that animal instead of Isaac.

Note that Abraham while was looking for a sheep, the animal that appears is a ram. That’s actually quite remarkable — when we are stressed or under tremendous pressure, our field of vision is small, and what could be more stressful than sacrificing your own son. If Abraham hadn’t opened his eyes at the right moment to see the ram, who knows what might have happened? So perhaps Abraham’s “good eye” was his ability to see and respond to the unexpected.

Balaam, in contrast, misses even an angel holding a sword that’s directly in front of him. It’s the donkey that sees the angel, first turning away, then squeezing Balaam’s foot against a fence, and finally just sitting down in the middle of the path. God then opens the mouth of the donkey (Numbers 22:28) and speaks to him, and Balaam seems not to show any surprise that his animal has started speaking to him. But he still doesn’t see the angel! Balaam and his donkey argue and then God “uncovered Balaam’s eyes, and he saw the angel of God standing in the way, his drawn sword in his hand.” (22:31) Balaam recognizes his mistake, and is finally allowed to go on his way, but could say only the words that God allowed him to utter, leading to famous blessing, “How good are your tents, O Jacob, your dwelling-places O Israel!” (24:5) So perhaps Balaam’s “evil eye” was his inability to see and respond to the unexpected.

Since Balaam was a seer and prophet for hire, this would have been a very undesirable trait. But the truth is, predictions are a fool’s errand. As the Yiddish expression says, “Humans plan, and God laughs.” As this last year showed us, we don’t know what the future will bring, and too often, we miss both the opportunities and the real challenges in front of us. Both Abraham and Balaam took similar journeys, and there were aspects that were the same, but what they saw along the way was vastly different. May we have a “good eye” to not only see the problems in front of us but to find — and create — blessings along the way.