What Our Kids Learn From Us 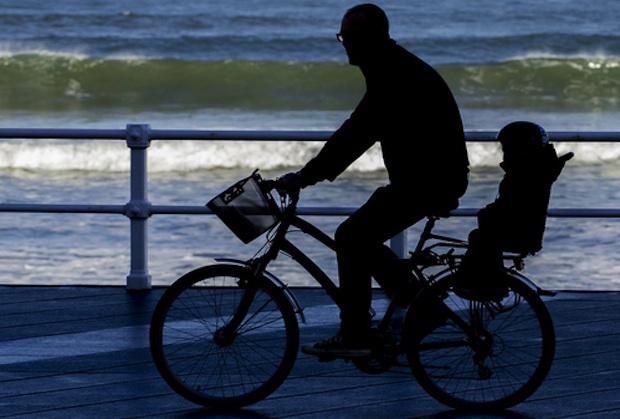 What is great education all about? I don’t simply mean how do we get kids to achieve better grades. I mean, how do we get our children, or anyone else we’d like to have a positive influence on for that matter, to seriously engage in what we deem to be important?

How do we effectively transmit our values, our traditions, our sense of what life is all about – you know, the stuff about which we care most – to our children? In fact, even if you don’t have kids or grandkids, the challenge remains pretty much the same: What’s the best way to share with others that which is most important to us?

Kids are remarkably talented at picking up what we do and, almost inevitably, mirroring it.

When it comes to parenting, it turns out that we’re playing the role of educators, more often than we realize. Our kids are especially good at picking up our values and commitments. That’s the case for many educators, especially parents. Children know how to see right through our words to the telling actions which define our lives. And they know that actions are what really matter.

Kids not only understand that “Do as I say, not as I do” is the height of hypocrisy, they’re remarkably talented at picking up what we do and, almost inevitably, mirroring it. In that sense, parents and grandparents are quintessential educators. The problem is the gap between that which parents claim to teach and that which they really teach – via the most powerful educational tool anybody could possess: their lived life, and daily practice.

All of the lessons, speeches and sermons in the world don’t mean a thing if they aren’t lived, even more than they’re preached. In fact, if they’re lived, it’s amazing how few sermons are actually needed.

Instead, kids (who are naturally curious) tend to simply ask, “What’s up with that?” or “Why is that so important to you?”? The trick lies in wholeheartedly doing what we love and trusting that, if we’re open about it with the people we genuinely care for, they’ll integrate what they need and carry it out in their own way.

I think that Graham Nash got it right when he wrote these lyrics:

You, who are on the road, must have a code that you can live by.
And so, become yourself, because the past is just a good bye.
Teach your children well, their father’s hell did slowly go by,
And feed them on your dreams, the one they picked, the one you’re known by.

The real question isn’t how to make our kids do things, per se. It’s realistically knowing our own codes, the ones we actually live by, which genuinely reflect our dreams and aspirations. Living according to them is the best form of teaching there is.

And if you prefer Gandhi to Graham, just think of what it means to actually be the change you want to see – in the world, in your kids and in many other situations.