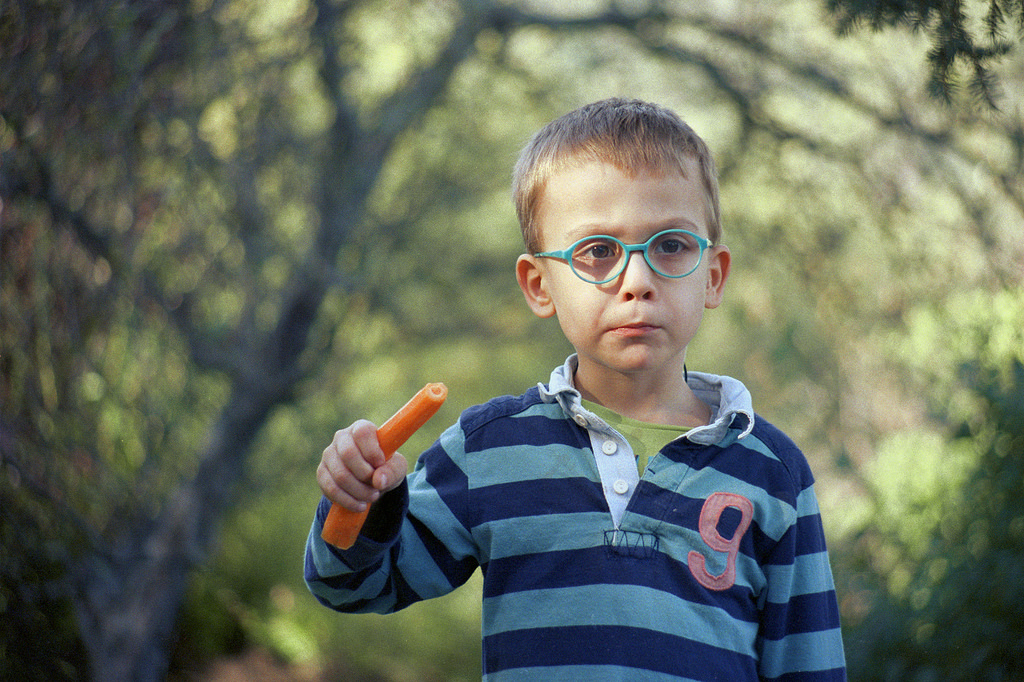 I think of myself as more of a “carrot person” than a “stick person”.  I like to think that acting because “carrots” — because of potential rewards, however defined, is preferable, more effective and ultimately healthier than doing so because of “sticks” — potential punishments we would face for not acting in those same ways.

My guess is that if you read TWD, you too are more like to identify as a carrot person than as a stick person.  Well, we may be right about that being a preferable way in which to orient our lives, but there is real evidence suggesting we are wring about it being healthier or more effective.  In fact, it may be just the opposite.

New data regarding wellness and weight loss (a topic almost painfully close to my heart, quite literally) suggests that we manage both better when we are faced with sticks/punishments than we do when we are offered carrots/rewards.  Grrr!

In this case, employees were invited to reach a goal of walking 7,000 steps a day — something I myself try to do — with those agreeing to step up () to the challenge being divided into 2 groups.  The first group was offered one of 3 very modest financial rewards for meeting their goal, while those in group 2 would lose an equally modest amount of money if they failed to meet their daily goal.  Slightly more than 30% of those in group 1, the “carrot group”, met their goals but more than 50% of those in group 2, the “stick group”, met theirs.

So what is going on here?  It speaks to the fact that with all the best intentions about the power of positive incentives, we humans, at least in some circumstances, really do respond better to the threat of what we will lose than to the reward that we could receive.  Of course, it could be that in this case the rewards were simply not sufficiently significant to successfully incentivize the action, but were more offered, better results would have been obtained.

It’s not that carrots can’t work as well as sticks.  It’s that people want more carrots, and are willing to hold out for them, but when it comes to sticks, we don’t want to get hit at all!  Mot entirely crazy, right?

So do we carrot people have some re-thinking to do?  Like it or not, the answer is yes, but not necessarily at the expense of our over all preference for carrots over sticks.  Like so many either/or moments, the best wisdom is found in a both/and approach.

Threat of loss and other forms of sticks can be powerful motivators to be sure.  But ask yourself about the power of a genuine choice, freely made, with no certain pay off at all, other than the deep sense that it is what you feel called to do.  Call that acting from conviction, or love or whatever you want.  Isn’t that also a carrot?  The kind not taken into account by this study?

The real take away here is that when it comes to material gains and losses, a small stick can beat a small carrot, but when we actually know what our carrots really are, and have the possibility of attaining them, carrots work great.  So I guess we are both carrot and stick people, and the real wisdom lies not in knowing which is better, but in knowing when to use which, and that comes down to who gets to define what counts as a carrot.