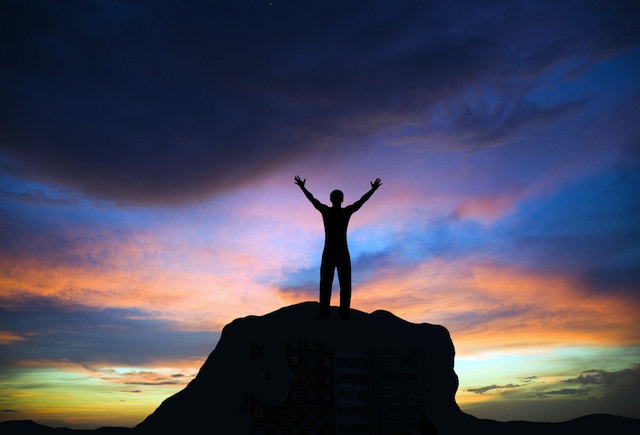 How many opportunities do we lose out on, and how much time do we waste worrying about where we aren’t, instead of genuinely appreciating where we are?? How much energy do we expend agonizing over who we aren’t, as opposed to celebrating who we are?

None of us is perfect, and I believe that striving to be more and to be better is a crucially important part of a well-lived life.? So too is feeling the rich possibility and potential of who we are, as we are, wherever we are.?? In fact, it’s every bit as important as the striving stuff, and I think I have it down to feeling the power of 3 simple words:? standing your ground.

What does it mean to “stand your ground”?? Of course, we have laws which understand the term as granting permission to use violence when one feels even a relatively low level of threat.? Not a big fan.? We have politicians who invoke the term, from both the left and the right, to help assure people’s commitment to various ideological doctrines.? Not a big fan of them either.

In fact, to stand your ground is almost always seen as a defensive posture, but it could be something far greater.

Try imagining that the ground on which you stand is actually a wonderful place to be, without any sense that someplace else is either better or worse.
Of course, some places and some ideas are better or worse than others.? But before we look longingly or disparagingly at other places and ideas, perhaps we could learn to trust the value of who we are, and where we find ourselves, not simply because it is superior to where others are, but because it is where we are.?? That too is a form of standing your ground.

Ironically, it may be that the better we are at accepting that the ground on which we stand is really okay, the better we will be at pursuing other grounds upon which we hope to stand.? Surely, the feeling that we are more capable and secure than we may often give ourselves credit for, can help open us to taking the chances and making the leaps we dream of to improve our lives in whatever ways we hope to.

So yeah, stand your ground.? Stand fully where you are, as you are, and embrace the dual possibility that it is precisely where you belong at this moment, and that in being there, you are well-positioned to go wherever you next want to go.