Solving the Prisoner’s Dilemma: The Death of Klinghoffer at the Met 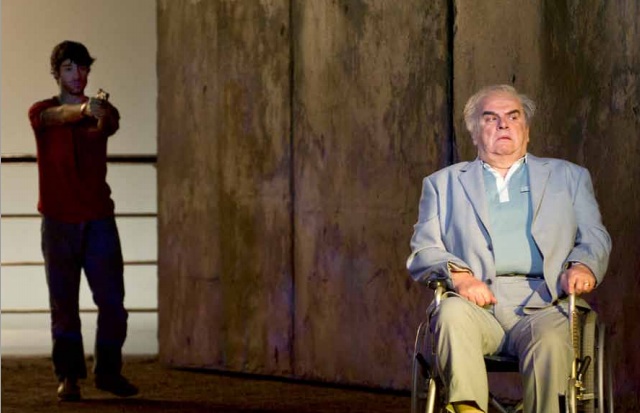 From Forbes.com article by Irwin Kula and Craig Hatkoff: “Game theory’s famous?Prisoner’s Dilemma?has many variations. Consider the case where two “rational” individuals who might not cooperate even when it’s in their best interest; “irrational” behavior, albeit riskier, can lead to a better outcome for each. Are we witnessing a solution to the Prisoner’s Dilemma unfolding at the Metropolitan Opera?

Controversy surrounding the Met’s production of?The Death of Klinghoffer?that premiers at Lincoln Center tonight has pitted passionate advocates for the freedom of artistic expression against claims that John Adams’ critically acclaimed opera is anti-Semitic. Passions on both sides have created a “prison of polarization” with no ostensible way out. Can the personal narratives and experiences of key players inform and embolden to make choices that expose themselves to personal criticism but might solve the Prisoner’s Dilemma?”

READ the whole article by Irwin Kula and Craig Hatkoff on Forbes.com.

And, be sure to read Irwin’s experience upon seeing the opera, “The Privilege of Seeing The Death of Klinghoffer,” here at The Wisdom Daily.