Selling Something to Believe In 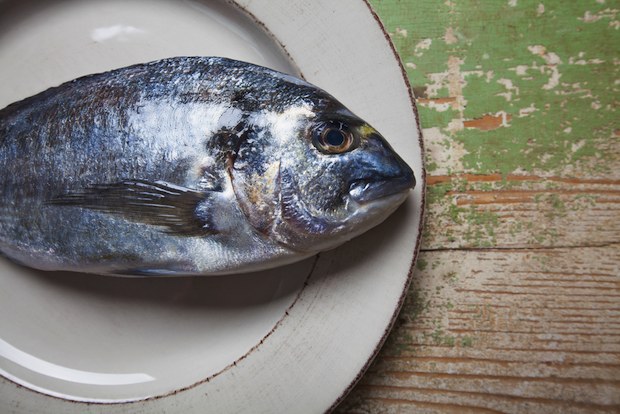 Moments after the first tower fell, a group of unknowing waiters in Boston unlocked the doors of Skipjack’s Seafood Emporium, and began the tedious labor of setting up for Tuesday lunch. Fold napkins, brew coffee, bake rolls… I know these tasks, because I did every one of them, countless times, punching in and out of that restaurant for four years of my life. And while I wasn’t there that September morning in 2001, I know exactly which channels the bartender flipped through before stumbling upon The News.

Once The News broke, the staff and management met to decide whether or not to open. Would people want to leave the house? Would they want to be surrounded by strangers, washing down sorrows, glued to the TV? The decision came down: Yes. More than anything, people needed to congregate that day, and Skipjack’s would be their church.

As he looked around the room at the rest of the staff frantically focused on the minutiae of opening the restaurant, Joe lost it.

Joe, a fellow waiter, simply couldn’t believe it. All he wanted to do was donate blood, buy a six-pack and curl up on his couch. And while management said they were opening the restaurant to provide a gathering place – a shelter of sorts – Joe couldn’t help but think that this was essentially capitalizing on tragedy. As he looked around the room at the rest of the staff frantically focused on the minutiae of opening the restaurant, he lost it.

Slamming his apron down on the ground, he shouted words that have been ringing in my head since that day: “I’m not gonna stand here and sell fucking fish while our world is falling apart!”

On a recent episode of my new podcast obsession, Startup, host Alex Blumberg seeks to find out more about his listeners, and interviews a few whose stories revolve around faith. One of them is Trevor McKendrick, an atheist e-Bible salesman, whose journey to making six figures selling a book he doesn’t believe in is both beautiful and painful all at once.

McKendrick was born with an entrepreneurial spirit. After leaving the Mormon faith of his childhood, he saw a unique opportunity atop Apple’s iTunes app chart: Spanish Bible apps. The existing market was flooded with low quality options that sold relatively well, so he created a better one, then an audio version. Then he sat back and watched the money roll in.

But according to Blumberg, the more popular McKendrick’s product became, the more tortured he started to feel about it. The atheist had a crisis of faith. “It’s just uncomfortable for me,” he says, “selling something that I don’t actually believe in.”

How do you sell something you don’t believe in? Or (worse, perhaps) what if you lose faith in that product long after you’ve taken the job?

As Startup‘s vignette concludes, we learn that Trevor has taken the money from the Bible app to fund a new startup, one whose mission he truly believes in: Back Office, a virtual assistant company. “If I can make a place where people enjoy coming to work, where they don’t have that knot in their stomach, like Sunday night, thinking about going to work Monday morning, that would be awesome!”

I don’t know what happened to the waiter Joe after that day. I never saw him or heard from him again. But a part of me imagines that – inspired after donating blood that morning – he went on to work for Red Cross, responding to tragedies all around the world, his heart on his sleeve, and his faith at his fingertips.

For more on this topic, read Brad Hirschfield’s post, “Your Job’s Not Meaningful? Think Again.“