Do Children Thrive Under Fewer Rules, or More? 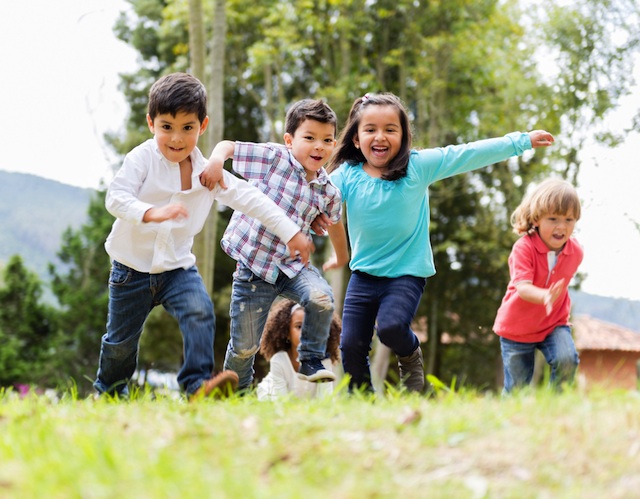 It doesn’t take the genius of Einstein or the compassion of Mother Teresa to realize that bullying is bad. But it may take a combination of new information and wisdom to actually curb the practice of bullying and other forms of childhood/adolescent violence.

As part of a recent university study, a New Zealand primary school suspended most recess rules, and observed a significant drop in bullying, vandalism and school violence – not to mention an increase in classroom attention by students. To be clear, they didn’t invite kids to brings weapons to the playground or encourage fights. But according to the study, the school did allow full-contact sports, mudslides, tree climbing, wrestling, and even resisted intervening in all but the most serious physical encounters between kids.

This experiment forces us to confront the difference between totally insulating children, and accepting somewhat increased levels of risk.

While several teachers and parents initially feared a the “Lord of the Flies” environment, many of their objections ended when they saw kids who were healthier, safer, more attentive and generally treating each other with greater decency and civility.

So how did this happen? There’s no one explanation for this phenomenon (is there ever one answer, when it comes to human behavior?), but there’s clearly a relationship between allowing kids greater latitude at leisure time, and increasing their ability to self-regulate at all times. In general, we might all resist these findings (a piece of me sure does!) in the name of keeping our kids safe, this experiment forces us to confront the difference between totally insulating children, which can backfire, and accepting somewhat increased levels of risk (and pain) as useful, helpful guides toward long-term health and safety. Confronting and accepting, however, are two very different things!

Ridding ourselves of rules and learning to accept that danger and failure are part of our lives, including our kids’ lives, is a difficult challenge. Yes, it seems like millions of people cheer the notions of “daring greatly” and “the blessings of a skinned knee,” but as Jessica Lahey points out in The Atlantic, parents get a whole lot more circumspect when it’s their kid who may skin their knee, or outright fail.

Where do we go from here? That depends. We can do better at accepting the pain and danger part of growing up. More importantly, we might begin to look at that study from New Zealand and consider that, like most of life, it’s all about trade-offs; typically, the more serious the challenge, the bigger the trade-off will be in order to achieve the benefits.

A question for all parents: How much does bullying really bother us if it’s not our kid who’s targeted? Do we care enough about ending the culture of bullying that we could endorse the counter-intuitive notion of allowing more chaos on the playground? Does our need for short-term order outweigh our aspiration for all children’s (including our own) long-term safety and healthy development? I wonder…