Remembering The Immigrants Who Believed In The Promise Of America 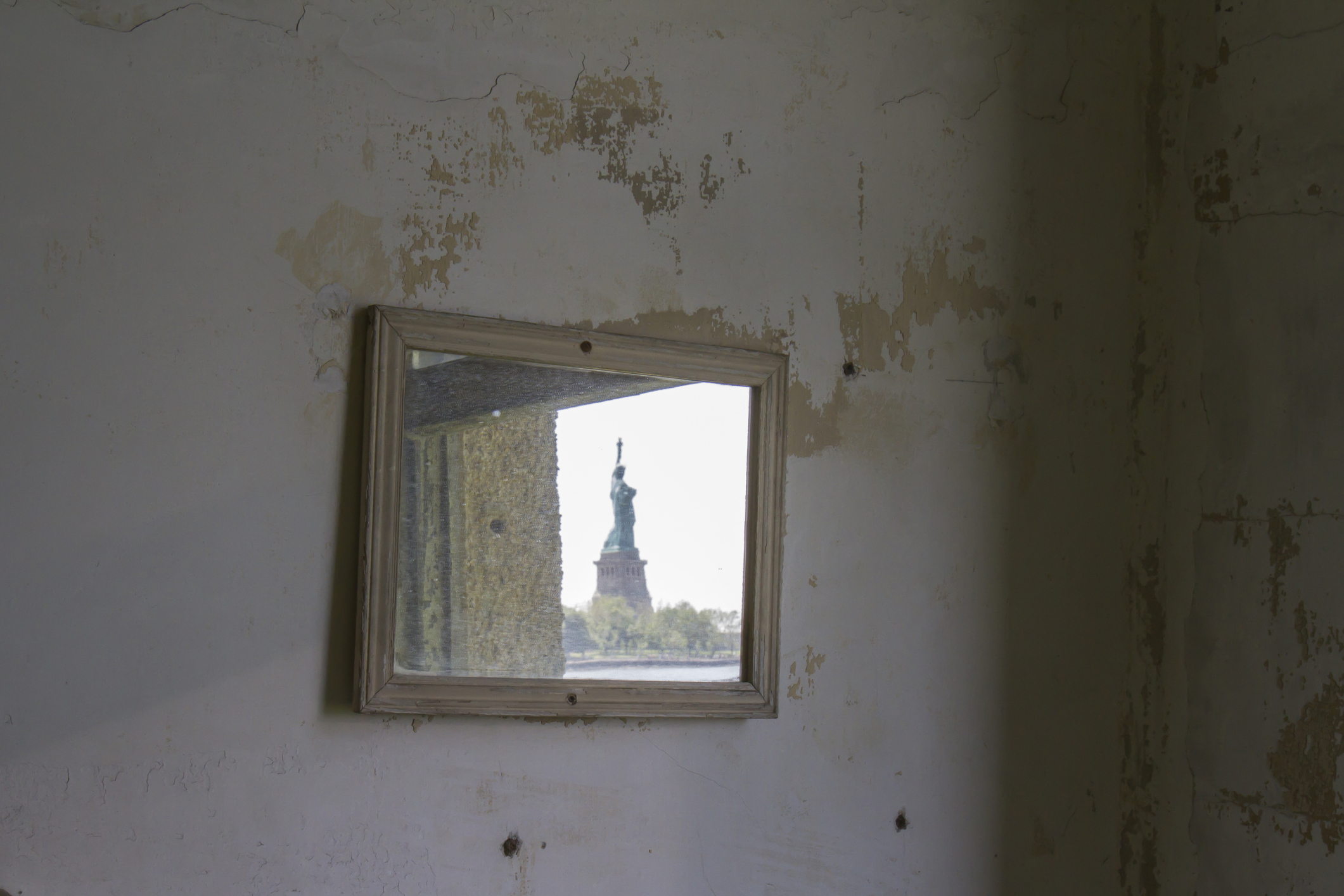 I am thinking about my grandfather, Papa Bill.

He came to this country in 1906 at the age of two.  He was accompanied on this journey by his mother Leah and older sister Hannah, age six, and brother Grisha, age four.  They traveled by train from Katrinaslav, a city in Ukraine, to the port of Hamburg.  There they boarded a ship for the ten day trip to New York.

I am imagining my grandfather as a toddler. He clutched his mother’s hand for the two week journey.  She held him in her arms when he became sea sick.  She chased after him when he started crawling away from her on the train.  She comforted him when he cried from hunger.  I imagine his mother’s fear.  Would they be allowed to enter?  At the time, the United States was allowing able bodied men, and their families, into the country, but turning away those showing any signs of illness.  People were, in particular, terrified of tuberculosis.

Leah wondered.  Would she be turned away before being reunited with her husband, Moses?  It remained a possibility.  Immigration officials were known to be arbitrary, and sometimes even cruel.  She had last seen Moses three years prior when he returned home to see the family and share his plans for their future in America.  (If not for that return visit, my grandfather would not have been born and everything I know would not exist.)

Leah longed to see her older boys, Abraham and Saul, who had made the trek by themselves.  A few years before her own journey, she had put her thirteen year old and fifteen year old on a train so they could help Moses earn enough money for the rest of the family to make it to America.  They spoke no English.  They wore their names in a tag around their necks.  They vomited repeatedly in the confines of steerage.  I wonder.  Did they comfort each other?  Did they squabble as brothers so often do?  Were they excited?  Were they at times terrified?

Moses met them after they were processed in Ellis Island.  (Can a human being ever be processed?)  It was a full month later when my great grandmother finally received the letter telling her that her boys had made it safely to their new home.

Imagine sending your children on such a journey.  Imagine not being able to receive a text message from them after they landed safely in whichever country they are going to gallivant around on their semester abroad.  We do not know the sufferings of prior generations.  We forget the feelings of the stranger.

I am certain that you only take the extraordinary risks that immigrants take because you believe that your current home offers no hope for the future.  You do not board a rickety boat in choppy seas or traverse a raging stream or sneak underneath a border fence or put your children on a train by themselves unless you believe that such risks offer the only possible hope.  My great grandparents believed in the promise of America.  They knew it offered the only hope for their children, and my grandparents.

I remain forever grateful for their courage.  I am forever indebted for their conviction.

America offered the promise that here you could be free from persecution and that your success would be measured, not by your religion, but by how hard you worked.

They believed in this promise so wholeheartedly that my grandmother, Nana Lee, came to this country without her own grandmother.  Her grandmother had some sort of eye infection and so was not allowed to enter the United States.  A choice was made.  Better that future generations would have the opportunity to build a better life in America.  And so Sarah, for whom I am named, said goodbye to her mother.  She never saw her again.  Years later, she was informed of her mother’s death by telegram.

After reading the message, she began the Jewish mourning rituals, and began sitting shiva.  That is the custom.  You begin your mourning when you learn of the death.  Imagine that.  Actually, we cannot.  Three generations later, we have forgotten our own stories.  We have lost touch with our own history.

You do not make such choices unless you believe you have no other choice.

And so I am thinking of my grandfather.

I am the grandchild of the child who was carried here.  That child grew up to be a hardworking man.  He was the quintessential salesman.  He sold liquor, even though he never drank.  In his later years we could sometimes convince him to have a Sherry, but he never finished it.  Most important of all, he loved this country.  He recognized its unique virtues.  He instilled in me the values that are central to this place I call home.

The only thing that America ever provided my grandfather was a promise.  And he fell in love with that American dream.

The most important thing my grandfather ever gave me was providing me with that same promise and dream.