Remembering The Dog Who Saved My Life And Then Lost Hers 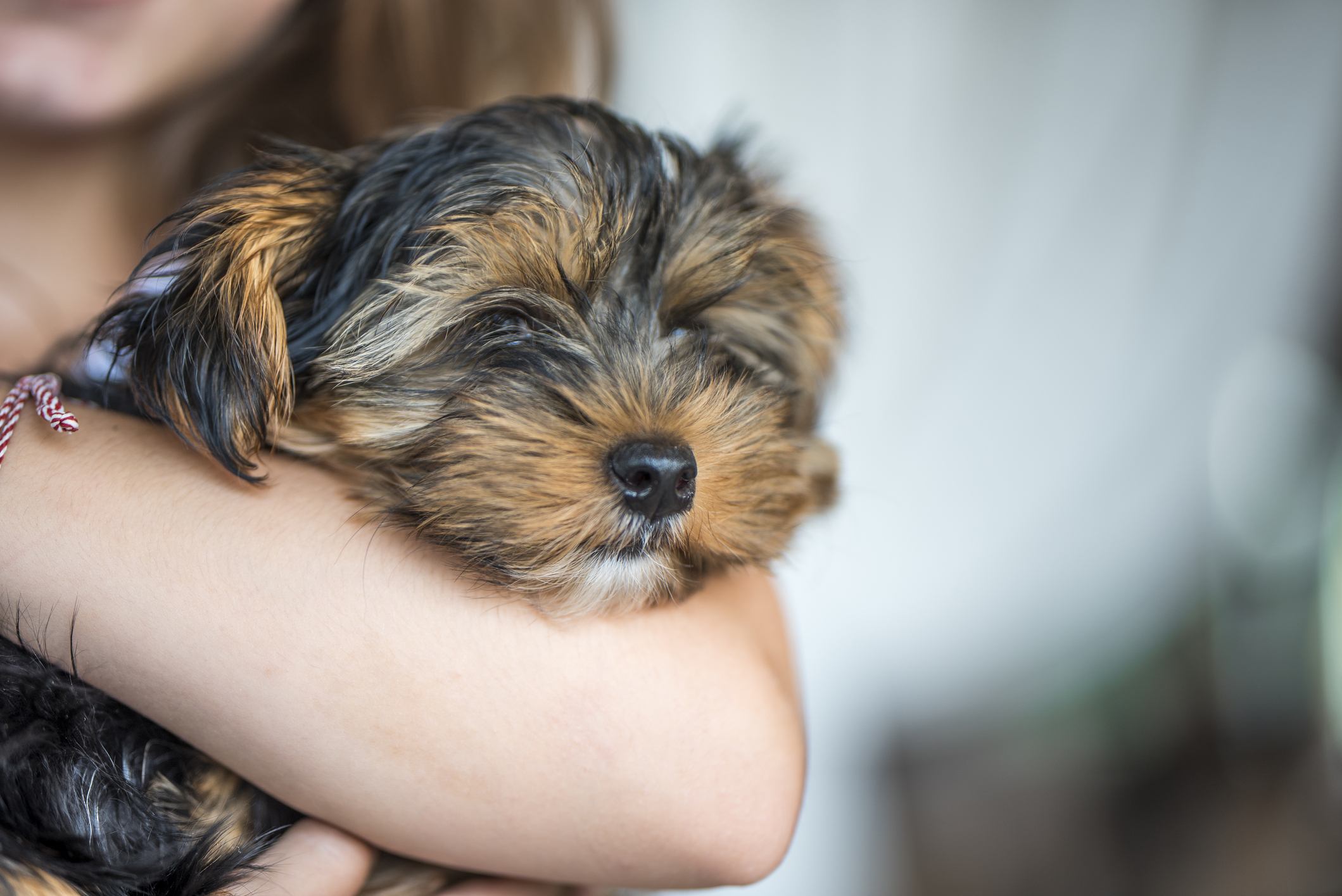 There aren’t a lot of things in life that get me emotional enough to stop me in my tracks and reflect. I’ve always been a free spirit, playing by the beat of my own drum. But sometimes, life catches me off guard and I see a silver-tone Yorkshire terrier that nearly stops my heart.

I had been dating this man (I’ll call him Daniel for the sake of this story) for nearly a year when I could tell the relationship was at its wits. I was a sophomore in college, rushing for a sorority, working a part-time job, and attempting to maintain a doomed relationship.

It didn’t start out evil and conniving. Daniel was sweet. He would talk about books, coffee, and was always down to eat. One evening, he called me saying he was in the hospital from a heat stroke after playing baseball in 120-degree weather (Arizona summers will do that to a person.) I rushed to be at his side. He was extremely tired, but asked me to go get him pancakes from iHop. Before I left, though, he asked me to take a picture of him hooked to the IV. I didn’t think anything of it… maybe he just wanted to see what he looked like?

I came back nearly an hour later and he was asleep. I put the food next to his bed, and went to plug his phone in for him when a name glowed on his screen. I’ve never been one to read text messages, but in that moment I couldn’t help myself. I opened his phone and saw that he’d been texting his ex-girlfriend. I knew it would never be the same between us.

You’re probably thinking you know how this story goes, because obviously I stayed with him. Well, I hope you know with all your heart I went to the hospital the next morning with every intent to leave him. I woke him up and let him know I knew about him texting his ex-girlfriend, that he missed her and that he still loved her, and I wasn’t going to be a part of his life anymore. He cried, and I left.

I thought that was the end of it.  But, I was wrong. He started calling me.  Oh man, he called and called and called until I answered. The promises flooded for the next several months as our relationship continued and he swore he would be a better man.

Eventually, we ended up living together. One day, I came across an ad online showing a four-year-old Yorkie being given away. Daniel was reluctant, but knew I had always wanted a dog, so we drove nearly an hour outside of Phoenix to meet the sweet puppy that we would know as Gabbi.

Gabbi was handed over to us looking scrappier than ever.  We brought her home with one large bag of dog food and a bed. From the beginning, Daniel made it clear Gabbi was my responsibility. He would not walk her, feed her, or take care of her in any way. Gabbi soon became mine. I cleaned her up, we went on the best walks, and oh man did she love going to my parent’s house to cuddle with my mom. Gabbi was the best.

One night, when Daniel was more moody than normal, he became aggressive. Not only with me, but with Gabbi. He flung her around just as much as he flung me. That evening, I packed up her things and we headed out and vowed never to return, other than to get the rest of my things.

I didn’t know it then, but in the few short weeks that Gabbi was in my life, her presence taught me how to tolerate how other people speak and act towards me (and her.) It was as if she was some life coach always on my shoulder, letting me know what was right and what was wrong when I was too naïve to decode this all myself.

In the days following moving back home, I scheduled a time to come back and pick up the rest of my things. I left Gabbi at home to keep her safe while I hauled clothes and dishes into my friend’s car. Daniel came home during the move and got violent yet again. Things became physical and the cops were called. The last time I saw him he was being put into handcuffs and I was closing the door of my car and deranged life.

The next morning, Gabbi had a vet appointment with the vet who originally did her spaying. I didn’t think anything of it, as I trusted the vet and knew a couple of corrections had to be made. On the drive to the vet, Gabbi refused to sit in the passenger seat and needed to sit on my lap. I thought it was comforting after everything I had gone through.

The vet called me the next morning to let me know when she was doing scans of my Gabbi she had found cancer wrapped around her spleen and her bladder, making her terminal. My heart sank. My world shattered and I knew nothing to but race over to pick her up and bring her back home.

As I swooped in to save my Gabbi from this cruel world she had known, the vet put her hand on my shoulder and said, “Shelby, in this world we as humans have to suffer until we die. Gabbi doesn’t have to suffer anymore.” That was the end of my miracle puppy.

I barely got to thank her for saving my life. For coming into my life with a full spirit and leaving when her job was done. She crossed paths with me to get me out of a dark situation I wouldn’t have had the courage to leave if she hadn’t been in my arms. She was my divine intervention. A deal breaker. An angel puppy who looks over me in all dark times. I know she’s still watching over me and barking at all of the bad decisions I make without her.

Her work was complete on earth after the sweetest disposition she shared with me. And for that, I’m grateful.

Shelby Slaughter's favorite things include her dog, tacos, avoiding the gym, and everything "The Good Place" and "This Is Us." You can usually find her at a party near the food or obsessively Googling anything relating to Taylor Swift. Obligatory Twitter & Instagram plug: @ShelMarSlaugh