Patriotism and Protest in Song 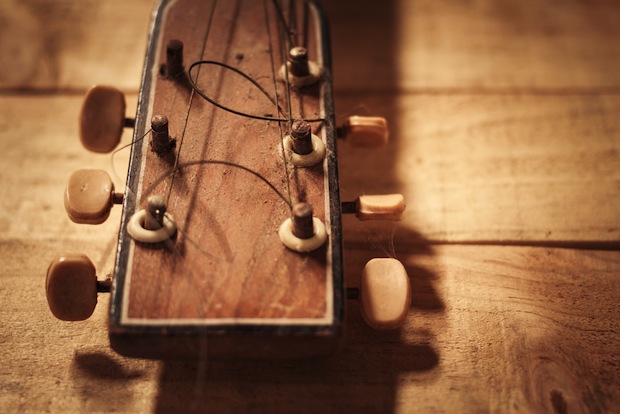 Did you know that folk singer Woody Guthrie wrote “This Land Is Your Land” in 1940 as a reaction to Irving Berlin’s classic anthem “God Bless America” (originally written in 1918)? It’s one of the many fascinating facts about the beloved tunes found in John Shaw’s book This Land That I Love. Guthrie reportedly found “God Bless America” jingoistic and uncritical; using a melody borrowed from the old Baptist hymn “Oh My Lovin’ Brother” he wrote a six-verse protest song.

The final three verses of “This Land Is Your Land” (which are rarely heard as Guthrie never recorded them) cry out against an America where people are exploited, excluded and victimized by the powerful. The standout among these subversive verses proclaims:

“There was a big high wall there/That tried to stop me/
The sign was painted/Said private property/
But on the other side/It didn’t say nothing/
That side was made for you and me.”

The last verse concludes with a hopeful refusal to be defeated:

“Nobody living/Can ever stop me/
As I go walking/That freedom highway.”

Patriotism glorified in two forms: the reverent, idealized “God Bless America” that Kate Smith made famous, and the protest battle cry “This Land Is Your Land.” Which form of patriotism resonates more deeply for you today? Which do we need more?

Listen to this version of “This Land is Your Land,” covered by the late Pete Seeger at a PBS celebration of his 90th birthday. In this star-studded concert clip, you’ll appreciate a rarely heard verse that, if you ask me, could have been written today, with our unprecedented income inequality in the United States. It ends with a haunting question.