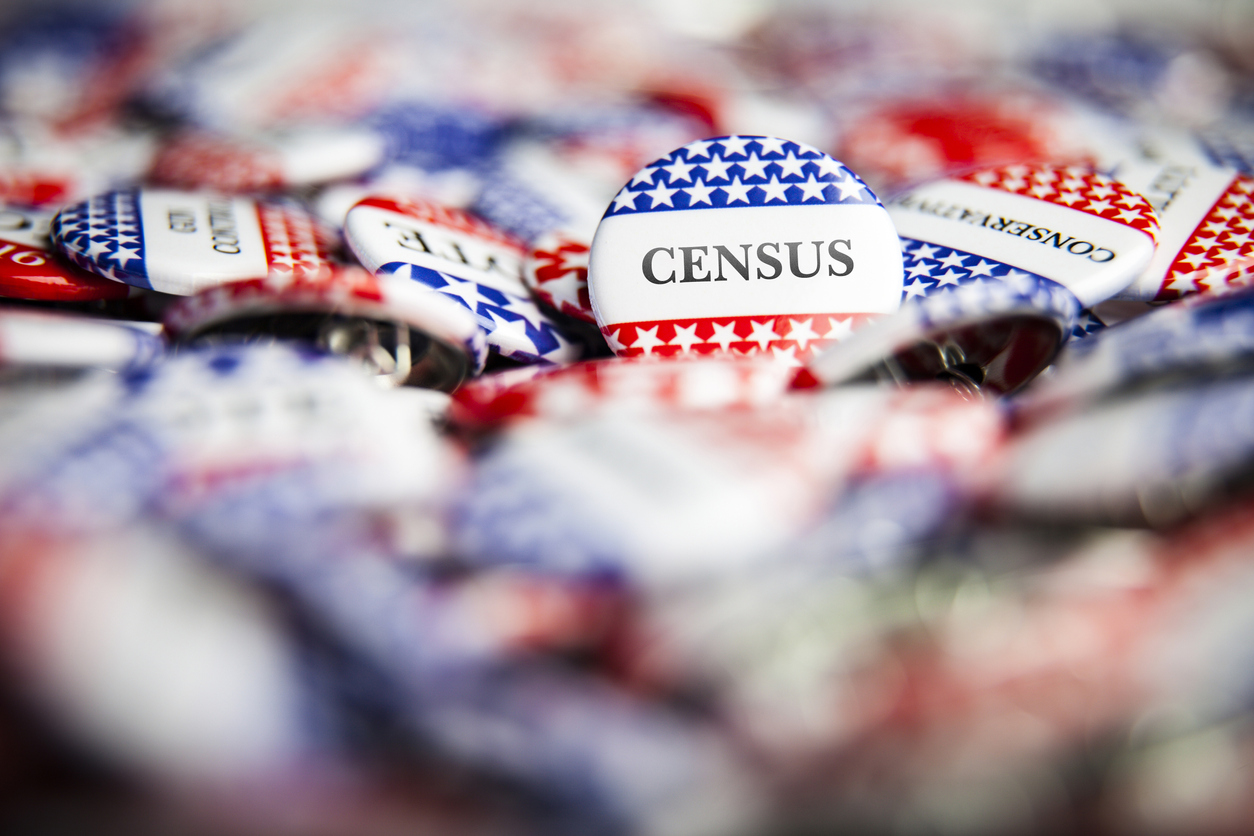 So why the arithmetic translation for the Biblical book title?  Because in the second year of the Israelites’ freedom from Egypt – even as they were schlepping through the Sinai Desert – they were commanded to count themselves.  To come up with numbers for each of their households.  In other words, to conduct a census.  It’s as if the U.S. conducted its first census in 1785, just two years after besting the British, rather than in 1790.

This year, all U.S. residents are engaged in our 23rd census – an unusually fraught one, in 2020, on account of pandemic and politics.  The census includes, of course, the descendants of all those Israelites whose milk and honey now derives from the Fruited Plain rather than the Promised Land. As one of them, I freely acknowledge that the current census questionnaire is an improvement over the last two ones.  Still, I am stumped – as I am sure many other Americans are – when it comes to the “racial” questions.

In 2000 and 2010, self-identified Whites were asked to identify their ethnicity as well as their race.  But rather than probe these identity markers in two separate sections, Census 2020 now conflates racial with ethnic and national identity.  After marking “White,” respondents are directed to provide their national origins, with some helpful (but privileged) suggestions: “German, Irish, English, Italian, Lebanese, Egyptian, etc.”

This again leaves Jews – especially multiracial ones -in a bind.

For sure, leading lights in academia have been claiming for decades that race doesn’t actually exist.  It’s just a social construct, they insist, without any biological or scientific basis. (Just consider blood type.  Regardless of the dozens of races and tribes acknowledged by the U.S. Government, there are still only four blood types to go around.)  Still, not only has the Census Bureau been collecting information on our race since the eighteenth century, it reminds us that Title 13 of the United States Code requires us to provide such information. So what are American Jews whose grandparents fled the Nazis from their home in Berlin supposed to do?  Acknowledge their German “origin” that denied not only their racial whiteness but their blood relatives’ very right to live?

Of course, Hitler and the Holocaust have made it impossible for the U.S. Census to statistically re-create a “Jewish race.”  But because the Census Bureau doesn’t query about religion, millions of Americans for whom “Jewish” is as much as – if not more than – an ethnic as religious designation merit less Census Bureau recognition than do our  Samoan and Chamorro compatriots, who do merit built-in check-off status on the census form.

DNA analysis out of Israel not only traces the origins of forty percent of Ashkenazi Jews to just four female ancestors. It also helps threaten a half-century taboo on an exceedingly sensitive notion: that there is such a thing as a Jewish race.  Such findings add to showing that a host of genetic diseases, including Tay-Sachs and Gaucher, have concentrated among Jews of European origin for a good reason – to promote brain cell growth and interconnectivity.

Racial and ethnic labels are notoriously misleading and untidy, a reality I face when filling out the census form column for “Person 2” – my spouse.  My wife is from Martinique, a French island in the Caribbean.  Her father’s line is South Indian (Dravidian, if you want to be a stickler) and her late mother was of Chinese lineage.  There is a grandparent from Brittany and rumors of an Amerindian ancestor.  And it goes without saying – and many Martinican families do prefer not to say it – that her family tree also includes African slaves, the crucible of most Caribbean societies.  She is also a ger: a convert to Judaism.

When I once called the Census Bureau’s 800 number for guidance, the aid was polite to a fault and scrupulously non-directive. “We’re not allowed to tell you,” she apologized, after looking through her standard list of Other Races. “It’s up to you.”

And what about our children’s “race”?  At first, the census helper said that I should repeat Mom’s profile for our American-born daughter.  Then she suggested I mark down whatever the kids considered themselves to be. (They were then twelve and ten.)

Realizing how the census race game is actually played on the field, I foisted the question on to my daughter.  “What are you, honey?”  None of Arielle’s answers were then bureaucratically helpful: “I’m American, I’m French, and I’m Jewish.”  Now, two censuses later (and as a more cynical adult), she says, “If what they really want to know is my skin color, they should just provide a color pallet and I can let them know through that.”

As for myself, I have tried to make the Census Bureau count me as Ashkenazi – a Jew of non-Iberian European ancestry.  As for my Sephardic or Oriental co-religionists – as a first step, perhaps they will support efforts that the Census Bureau adopt the MENA category – Middle Eastern/North African.

Both Biblical and early American censuses left much to be desired according to today’s statistical and moral standards.  The census recounted in the Book of Numbers omitted women, children, and adolescents under twenty.  The first seven censuses in America – that is, those through 1860 – didn’t bother collecting information on the name, age, or even gender of slaves. Human bean counters in Washington now give us leave to decide how we may list ourselves on Uncle Sam’s forms. But we can still do better.

Biracials, multiracials, Hispanics, and Latinos have led the struggle against bureaucratic racial profiling and pigeon-holing.  But they won’t be alone in resisting implicit tally-by-color and “race” origin. You can count on it.