Mount Everest: Just Because We Can Doesn’t Mean We Should 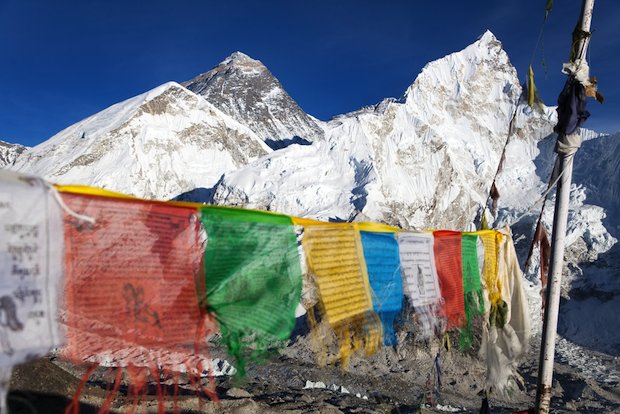 In the aftermath of this weekend’s epic earthquakes in Nepal, the victims and survivors are on my mind. I find myself thinking of Mount Everest and the people killed there. To be sure, with 19 dead and as many as 200 climbers stranded, the recent death and devastation at Mount Everest are comparatively minor when you understand that across Nepal, there may be as many as 10,000 dead, 100,000 injured and a million people in need of water and safe shelter.

Of course, human tragedy is not zero-sum. And when it comes to pain, there’s no such thing as “comparatively speaking.” A loss of one equals an entire lost world, for those who have lost someone they love – a valuable thing to bear in mind as we become increasingly upset with the rising death toll in Nepal. But that’s not the reason I’m thinking about Everest.

In thinking about Mount Everest, there’s a lesson for all of us in the events there. And while it’s not meant to detract from the mourning process, it demands attention whether we are adventure-seekers or not. It’s about seriously integrating this wisdom teaching: Just because we can do something doesn’t mean we should do it.

Until 20 years ago, climbing Everest was a feat attempted by no more than a few people a year. It was limited to accomplished climbers who spent lifetimes preparing for the culmination of their life’s passion. And then it became a business. You may recall that writer Jon Krakauer (Into Thin Air), who survived a blizzard that killed eight fellow climbers in 1996, has been famously critical of the commercialization of Everest tourism. For more reasons that can be listed here, scaling the highest mountain on Earth became a purchasable commodity for some, a notch in the belt which could be had for a few hundred thousand dollars – a modest amount for the ?ber-wealthy.

Don’t get me wrong, I’m all for people using their money as they choose, not as others choose for them. But all principles have limits. And it may be that we’ve reached the limits of that principle, as this is the second mass tragedy on Everest in 13 months. Last year, 16 Nepalese sherpas died leading trips like the ones described above. (Jamling Tenzing Norgay, son of the first sherpa to summit Everest in 1953, has written eloquently about the dynamic between wealthy climbers and the local sherpas whose livelihoods depend on helping them.) People asked then, and I am asking now: Is it time to reevaluate some things here? Just because some consumers can pay for something, is it really appropriate to offer it in the market?

Of course, there’s no easy, singular answer to that question – and it’s a question certainly not limited to the ethics of Everest. This most recent tragedy simply reminds us, painfully, that we often confuse our ability to do something with the wisdom of doing it. We confuse, I think, the wisdom found in maximizing the personal freedom to make choices with the wisdom necessary to say no. We forget that just because we can, doesn’t necessarily mean we should.