A Parent’s Letter To The Presidential Candidates About Cyberbullying 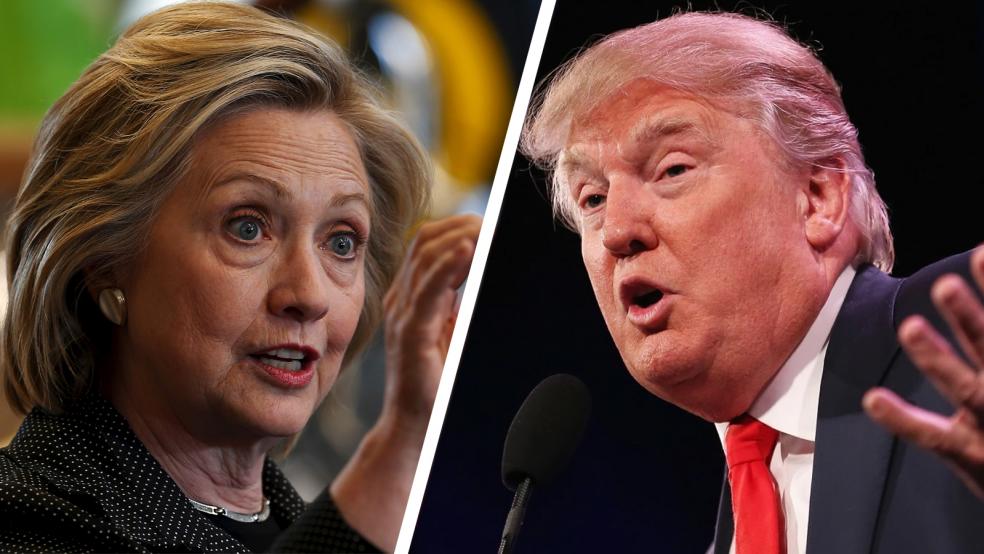 I am not writing to you as a Republican or as a Democrat, but rather as a parent of two American teenagers, a 13-year-old boy and a 15-year-old girl. I am not writing to you to share concerns that I have with your specific political positions, but to implore you to remember that my children and millions of other children in our country are watching you very closely. As you both move forward as your party’s respective nominees, I ask that you remember that your words, behavior and deeds on the campaign trail have a tremendous impact on this country, particularly on our nation’s children.

Recently, a classmate of my daughter posted something malicious about her on social media. It was a lie, but once a lie goes online, as you both know, it becomes truth. This experience was deeply upsetting to my entire family. Fortunately, my daughter’s school stepped in, contacted the parents of the classmate who posted the lie and, thankfully, the slanderous post was quickly removed. Within a few weeks, the gossip surrounding this incident subsided and life in our home went back to normal. But my eyes were opened to the ugly reality that what happened to my daughter happens to kids (and adults) all the time these days.

Like me, I am sure that you grew up with bullies on the playground. But the experts have told us for some time now that the bullying we grew up with pales in comparison to the bullying that our kids have to face today. This is due in part to social media which has given the playground bullies a powerful platform that allows them to tease, taunt and torment whomever they want, whenever they want and the entire world is their audience. Around 43% of kids today have been cyberbullied and about 25% of these kids have been cyberbullied at least twice. We know that cyberbullying causes tremendous pain and, tragically, as we saw in my own State of Florida last week with the death of Tovonna Holton, it too often ends with a child taking his or her life.

While it saddens me to read that cyberbullying is on the rise, it does not surprise me. The growth of apps that allow kids to anonymously bully online makes it disturbingly easy for them to harass their peers – making cyberbullying some kind of sick sport or pastime. The ease with which one can bully today is certainly one reason that 53% of our kids admit that they’ve used social media to say something hurtful about someone else. Sure, kids will be kids and some of us might actually remember an incident in our lives where we were the bully. But technology is making it so that too many of our kids are being pulled into the ugly culture of cyberbullying as both victims and aggressors. It is becoming the norm and this is not okay.

We can’t blame all of this on technology. Certainly, we parents need to take some responsibility for enabling this culture of cyberbullying. After all, we are the ones who give our kids access to the internet. But, studies show us that attempting to keep our kids offline doesn’t necessarily protect them from the dangers of cyberbullying. The fact is, this culture of cyberbullying is part of a larger culture of personal attack that seems to pervade every aspect of our lives. As adults, many of us struggle with cyberbullying in addition to our society’s complete inability to engage in civil discourse. Sadly, the personal attacks that have characterized this presidential primary season are perfect examples of how poorly we adults speak to each other and, in turn, fail to teach our kids how to treat their peers with kindness and respect.

Secretary Clinton and Mr. Trump, one of you will be our next President. While one of you will lose this election, after the votes are counted and the winner is declared, both of you will remain powerful, influential American leaders.  I know that politics is ugly and has been so long before this election. But, I am asking you both for your help as I and millions of other American parents work really hard to raise kids who can rise above the nastiness of cyberbullying and personal attacks that have become part of our society.

You can help us by ending your personal attacks against each other’s character and asking those who work with and support your campaigns to do the same. Sure, you can and will disagree with each other, but, when you do so, please think about the millions of kids who are listening to you. Before you speak, please ask yourselves: will my words be quickly devoured and promoted by media that is starving for sensationalism or will my words lift this country above the culture of personal attack and, in turn, truly strengthen our nation? I can understand why you and your political advisors might favor the former as it gets you in the headlines, but I would hope that the future President of the United States would embrace the latter and rise above the superficial hype that doesn’t bring about the real change we need.

You can help me and millions of other American parents by talking more about you and not about what you think about the other candidate. I often teach my kids that when we find ourselves in a conflict with someone else, the use of “I” language – speaking about ourselves and not the other person – is more effective and empowering. It also prevents us from slipping into the culture of personal attack that is all about “you” language, language that encourages us to blame, label and attack the other. Secretary Clinton and Mr. Trump, please consider spending more time talking about yourselves – what you think, feel and believe – and a lot less time telling us all the negative things about your opponent. Ultimately, you want Americans to vote for you – so tell us about you!

Help us by showing our kids how you face the personal attacks that come your way with courage and dignity.  How incredible it would be to watch you rise above these personal attacks and simply ignore them, refusing to stoop to the disgusting level of cyberbullies and Twitter trolls. By doing this, you would show our kids that bullies are not worth our time or our energy and, in turn, you would win over a lot of American parents who are sick and tired of the inability of our nation’s leaders to behave like civil adults and serve as positive role models for our children.

Finally, you can help us by remembering that your words have tremendous power. I hope that you will each use this power for good, to help us grow as a nation and rise above the culture of personal attack, but I also hope that you will use this power to right your own individual wrongs. None of us are perfect and no one should expect the next President of the The United States to be perfect. Another thing that I teach my kids is the power of the three simple words “I am sorry.” When these words are genuinely spoken, they can do incredible things. Whether it has been engaging in personal attacks that are not befitting a presidential candidate or making mistakes in the way you’ve conducted yourself personally or professionally in the past, I believe that true leaders have the ability to own their mistakes, apologize for them and do everything in their power to make certain that they don’t make the same mistakes again.

Secretary Clinton and Mr. Trump, neither of you are perfect and no one should expect you to be. Help us teach our kids that you can make mistakes and still do great things in this country. Do so by owning your mistakes, apologizing for them and showing us all that you have learned from them. I know that some might say that it is dangerous for a politician to apologize, but I am not looking to elect a politician. I am looking to elect a leader who can inspire my kids to rise above the extremely dangerous culture of personal attack and come together with their peers to strengthen our country.

On behalf of my children, I thank you for taking the time to read these words. I hope you will take them to heart as you continue your campaigns to become the next President of the United States of America. Please remember, our kids are watching you both and we parents need your help.

NOTE: While I wrote this letter prior to the terrorist attack in Orlando, the hate that fueled this attack and the highly charged responses and complex national conversations that have followed it make it even more important for you both to rise above the culture of personal attack and do the work needed to heal our nation.