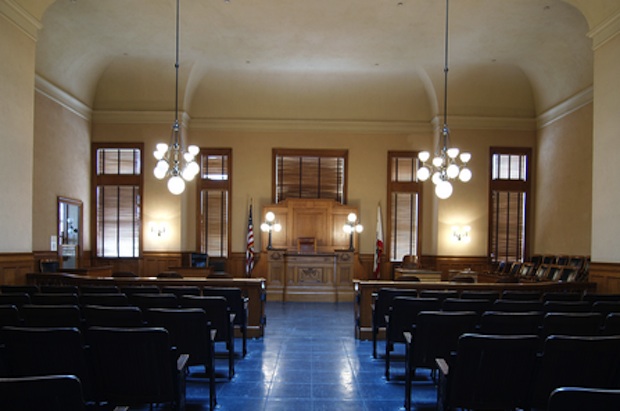 I am sitting in a jurors’ lounge in Manhattan with about 100 other people, waiting to be selected for a trial or excused from jury duty (until my next summons arrives six years from now). At the cost of some embarrassment, let me be honest: I’m here after two approved postponements and one no-show/absence, which means this summons to duty had many more red lines and threats on it than previous ones.

I’ve been one of the Americans behind the growing problem of courts struggling to find enough jurors for trials. So, waiting, watching, and listening for instructions – in other words, doing nothing for the past few hours – I’ve been trying to appreciate what I know intellectually: Serving on a jury is an obligation of citizenship.

Obligations, by definition, require some short-term inconvenience or sacrifice – I would rather be doing something else – for some long-term benefit or gain: the growth, wisdom, and good feeling from doing the right thing. The first few hours sitting with nothing to do felt a lot like first learning how to meditate: one distraction after another kept me from experiencing the power of the moment.

In the jury lounge we were equal, all waiting for our name to be called, all treated exactly the same way, given the same facts, on the same schedule, enduring the same uncertainty.

I couldn’t stop fidgeting while entertaining an internal litany of complaints: the work I’m not getting done, the inexplicable inefficiencies of this system, the sporadic wireless service, the byzantine paper documents, the hassle of marching us around this maze-like building only to have us continue waiting in some other room or corridor, the Kafkaesque court officers who don’t answer questions clearly, the militarized high-security atmosphere upon entering the courthouse. Even the rundown quality of everything from wall paint to seats to dimly lit rooms caught my notice.

But as the hours passed – and after having one court experience where I and 48 other potential jurors weren’t selected for a jury – I realized I was participating in no less than the American experiment of self-government. Listening, as a potential juror, to the allegations of domestic abuse and kidnapping against the young defendant, and then listening to the judge’s questions to trying to elicit whether this jury pool could genuinely judge without bias, whatever the bias, I felt awesome responsibility.

Of the 60 potential jurors, about 20 of us had some connection with physical abuse that disqualified us. The process surfaced what we knew was true: Our judgment certainly could be affected by our particular experience, so there were better candidates to decide this case. Juries matter!

As late afternoon descended, I found myself thinking about how many values I teach and claim are important to me that I was witnessing in that jurors lounge. Participation, listening, deliberation, fairness, equality, debate, civility, accountability, diversity, liberty, and the common good – all are embedded in jury service. In an era of cynicism and mistrust of government, jury duty helps us develop the habits and skills of citizenship.

Perhaps most important: Sitting in that jury room was a genuine cross-section of society. I met teachers, stock-brokers, tech folks, plumbers, real estate brokers, musicians, doctors, bus drivers, laborers, artists – across all categories of race, ethnicity, religion, age, and class. In the jury lounge we were equal, all waiting for our name to be called, all treated exactly the same way, given the same facts, on the same schedule, enduring the same uncertainty. Jury service may be one of the last places where we as Americans are diverse, connected, and equal.

At 4:25 p.m., the court officer rose and everyone perked up. We were going to be let go for the day. Surprise! The court officer waited for us to be perfectly quiet and announced that we were not only free for the day but since the court did not need us the next day we were excused from jury duty and could pick up our documentation attesting to our completed jury service. Following our applause, people said goodbye to each other with the warmth of having had a shared experience.

I felt a flood of feelings?- relief that I could get back to work, a sense of loss that I didn’t get to actually serve on a jury, and a surge of appreciation as I realized I hadn’t been summoned to serve but invited to actually be a citizen.

There is joy in obligation. When was the last time you felt the joy of citizenship?

For more perspective, be sure to read Brad Hirschfield’s post on his experience being called for jury duty, A Jury of Whose Peers? – “And yet, the longer I sat there, and the more people with whom I got to talk, the clearer it became to all of us, that we were peers in so many powerful ways…” READ MORE