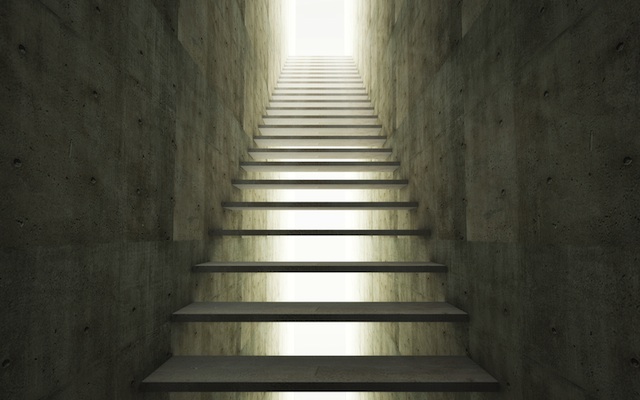 The term “good death” may be an oxymoron.? After all, how can death be good?? For starters, try going through the dying process with someone living in terrible pain – physical, psychological or both – and you will quickly learn that, as a doctor friend of mine who specializes in palliative care once said, many things happen every day in the hospital and in the home which are worse than death.? And if that doesn’t suggest that death can be good, it surely lets us know that it can be better than what life presents to some people as they move toward the end.

So whether there is such a thing as a good death or not, there are certainly ways in which death can be better or worse, and it turns out that we have more say in that than we often realize, especially if we are willing to do a bit of advance planning.? It’s a lesson I learned during the last year of my father’s life, and I am so grateful that we learned that lesson before there were no better choices to be made.

My family and I were fortunate/blessed/lucky enough to experience six months during my father’s final year, when much of his dementia lifted, and while he was far from healthy, much of whom he was, returned to us.? In addition to the pure joy of having that second chance, it also gave us the chance to plan and think together about his life, which is really the key to planning a good death.

Together we were able to talk about the past and plan the future in ways that comforted my dad, and deepened the love between us.? Many of the things about which we spoke, are things about which all loved ones can speak, and in so doing, create a more comforting and loving end – a good, or at least better, death.

We had long talks about the positive surprises that had been a part of my dad’s life, discussing all kinds of things which turned out better than he ever expected.? Whatever challenges we face in life, pretty much all people have at least some things that turn out better than they ever imagined they would.? Talk about those things.? It’s amazingly powerful.

I asked my dad not only to speak about where he felt especially blessed, but also for his blessings.? I asked him to bless me and teach me and tell me whatever he felt I should know before we could no longer have our conversations.? This was as much about my dad being able to experience himself as a source of blessing, as it was about the blessings he gave, and that too was of great comfort to him, as it can be for anyone.? We all have blessing to give, and they can transcend our physical lives, if we share them when we can.

Finally we talked about where he wanted to be buried, which was actually a life conversation, not a death conversation.? We talked about how different locations had come to be important to him in his life, and how each came to be so.? When we think of burial as yet another opportunity to concretize what matters to us, and explain that to others, we are planning a good death.

Bottom line, I probably wish there were no death at all, and I certainly wish that my dad was healthy well, and still physically present.? In the absence of that, I am deeply grateful that we were able to talk and plan in ways that honored his life, and brought us so much closer than we would have been had we not made the most of that opportunity.? A good death?? Maybe yes, maybe no.? But good?? Absolutely!

Be sure to also read Irwin’s thoughts on Dying a ‘Good’ Death.