Malcolm Gladwell on Keeping the Faith and Achieving Greatness 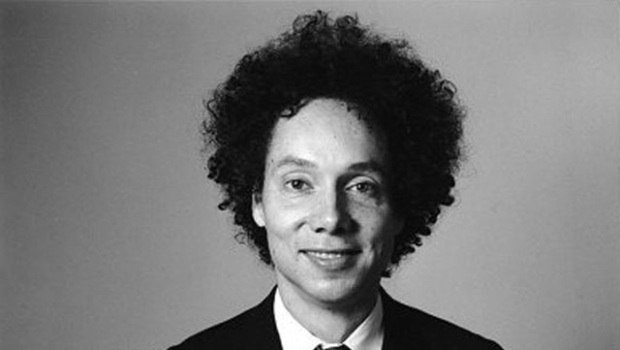 Finally got to read David and Goliath by Malcolm Gladwell, which Irwin wrote about a couple of weeks ago.? It’s a fascinating book which spoke deeply to me about three things, and troubled me a little about one thing?- more on that in a moment.? I might have hesitated to boil it down so succinctly, but in this interview, that is what Gladwell himself does.

The three key insights here from the book are:

1. What others see as a weakness, may be a great strength

2. Religious faith is a powerful resource in achieving great things

3. Play your own game, not someone else’s

I am serious fan of all three propositions, especially as Gladwell describes them.

I love his stories of people using a weakness in one area to heighten their capacities in other areas, especially the idea that one who has trouble reading can develop especially keen listening skills.? To really listen to someone is actually more than a technical skill; it is an art which can be truly transformative.

Think of a time when you felt truly listened to.? How did you feel?? My, guess, especially if you are able to feel listened to, even when you are not agreed with, is that it was a singular experience.? Now imagine the power of sharing that gift with someone else.? Clearly, Gladwell is on to something.

His take on faith is particularly important because as he explains it, deep faith offers the courage not of absolute certainty, as it so often does, but the courage to be open and even vulnerable.? He describes people who embrace faith, religious faith, as a pathway to openness, not rigid dogma – at least not only of rigid dogma.? That’s the kind of faith I try and practice.? I may often fail, but at least that’s the goal.

Finally, his stories which encourage us to play our own game are so important.? Clearly, none of us is an island, and we should not ignore the rules by which others play – at least not if we hope to play with them.? On the other hand, to be truly authentic, we must, at least in some way be playing our own game – the game we feel most called to play.

The word authentic comes from the Greek word “autos”, or self.? To be authentic means to be as in touch as possible with whoever we think we most deeply are, and to act accordingly, as much as possible.

The disturbing part?? It’s really more a cautionary note regarding adversity.? Be cautious about celebrating adversity, especially someone else’s, even as a path to great achievement.? Pain may be a great teacher, and I am all for making the best of a bad situation, but I would rather find other paths to learning than adversity and suffering, no matter how powerful those latter paths can be.? Wouldn’t you?