What Jet Lag Can Teach Us About Embracing Change 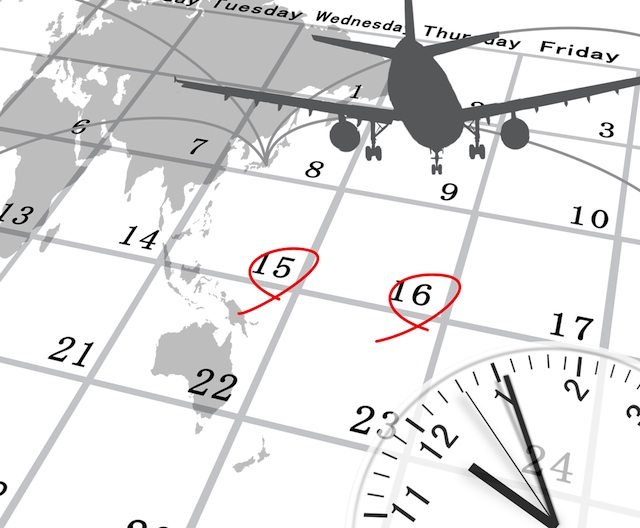 I hate jet lag.? Hardly a provocative statement? – does anyone really like jet lag?? Who could possibly enjoy waking up at odd hours, or worse, falling asleep at dinnertime? ?But I wonder if there is anything to be learned from jet lag.? This week as I returned from a trip overseas, I began to realize that I could find some lessons in dealing with jet lag.? I realized that in using the practices I have discovered over the years to counteract jet lag, I could also apply them to some of ways to approach life, whether I am jet lagged or not.

Whether you travel extensively or not, some of the best ways in which to deal with jet lag – especially if you are not using heavy duty drugs to regulate your sleep patterns?- are also really useful ways to deal with our increasingly fast-paced, and often exhausting lives which pull us in so many different directions.

The most basic principle for dealing with jet lag is to set your routine based on the clock where you find yourself, not where you came from.? When it’s time to sleep according to the local clock – do so.? When it’s time to eat – do so.? But it’s not only true about bedtime and mealtime.? In other words, be in the moment. A lesson to take into our non-jet lagged, but still harried lives. Be fully present to where you are, and operate based on that reality, not based on where you were, or where you wish you were.

Make sure that you eat well and allow real time for rest, if you want to acclimate quickly to a new environment.? What is true for crossing time zones, is true in life.? Allowing time and space to care for our physical needs is a crucial part of meeting our spiritual and psychological needs.? It’s sounds obvious, but how often do we push aside the former in the name of addressing the latter?

Life is a series of change and those transitions are complicated. ?We can, however learn big lessons about managing the more subtle ongoing shifts in our lives as well as how we can best manage the more immediate ones.? I still hate jet lag, but at least now I appreciate the wisdom potential of dealing with it as best as I can.