Take the “Talk to Strangers” Challenge 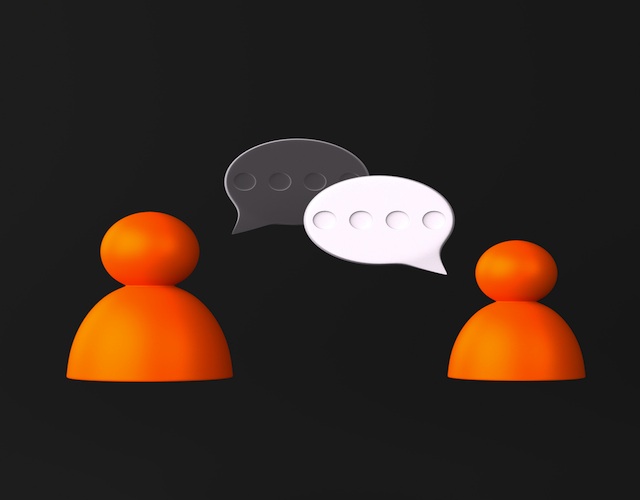 If there is one universal piece of parenting advice, both given and received it is likely: “Don’t Talk to Strangers, it’s Dangerous”.? In a country where approximately 160,000 children a year are kidnapped by non-family members and thousands more are exploited on the Internet, ?it is obviously critically important to teach our children about strangers.? But I wonder, what is lost when this same advice is heeded by adults.? Do we really want a world in which no one speaks to strangers?? What do we lose personally and collectively by not talking to someone who is not familar?

Recently I saw a wonderful segment on CBS News – On The Road with Steve Hartman.? I was reminded of how some of the most important experiences I have been the result of talking to strangers. ?Take Rich, who was standing next to me at a car rental and with whom I wound up writing a play, The Gospel According to Jerry.

Or Robert, a homeless man I met on the street. Turned out he was prolific poet who shared his poetry with me and got me to start reading poetry. ?And Prith, a wise and charismatic person I met on a cross-country flight. Sitting next to him, ?he taught me more about Hinduism than I had learned in my whole life. When I think about it strangers have helped me grow, taught me new things, challenged my beliefs, opened doors that never would have been opened, and become new friends.

The truth about strangers is we never really know just what kind of impact they’ll have on our life. We don’t know if one day, years from now we will recall that brief conversation with that stranger that magically changed the way we viewed the world. When we make room in our life to let strangers in, we make room for the great adventure of people and of friendship.

So here is a challenge I have taken on:

I am trying to talk to one stranger a day, every day, for 30 days. In the subway, on line at the grocery store, in the elevator, at the airport, in a taxi, in the park, at a party, on the sidewalk. The opportunities are endless.? I do get a little nervous approaching a complete stranger with a ‘hi’ or asking how’s their day going, unlearning ‘don’t talk to strangers’ takes practice.? So far no one has bitten me and my rule is if the person I say hi to looks at me like I am nuts and keeps walking (and it has happened plenty of times), my job is done for the day. More often than not though, I have exchanged a hello, a smile and a warm ‘have a good day’ – and I feel happier. And every so often I feel, even if only in the exchange of a gaze and a few words, that just maybe I have entertained an angel without knowing it.

I guess it is not surprising that every spiritual tradition – knowing we are hardwired to suspect and fear people we don’t know – teaches the practice of kindness to the stranger as a path to a better and more productive life. ?After all, we are only strangers once. The more we talk to, the fewer there are!