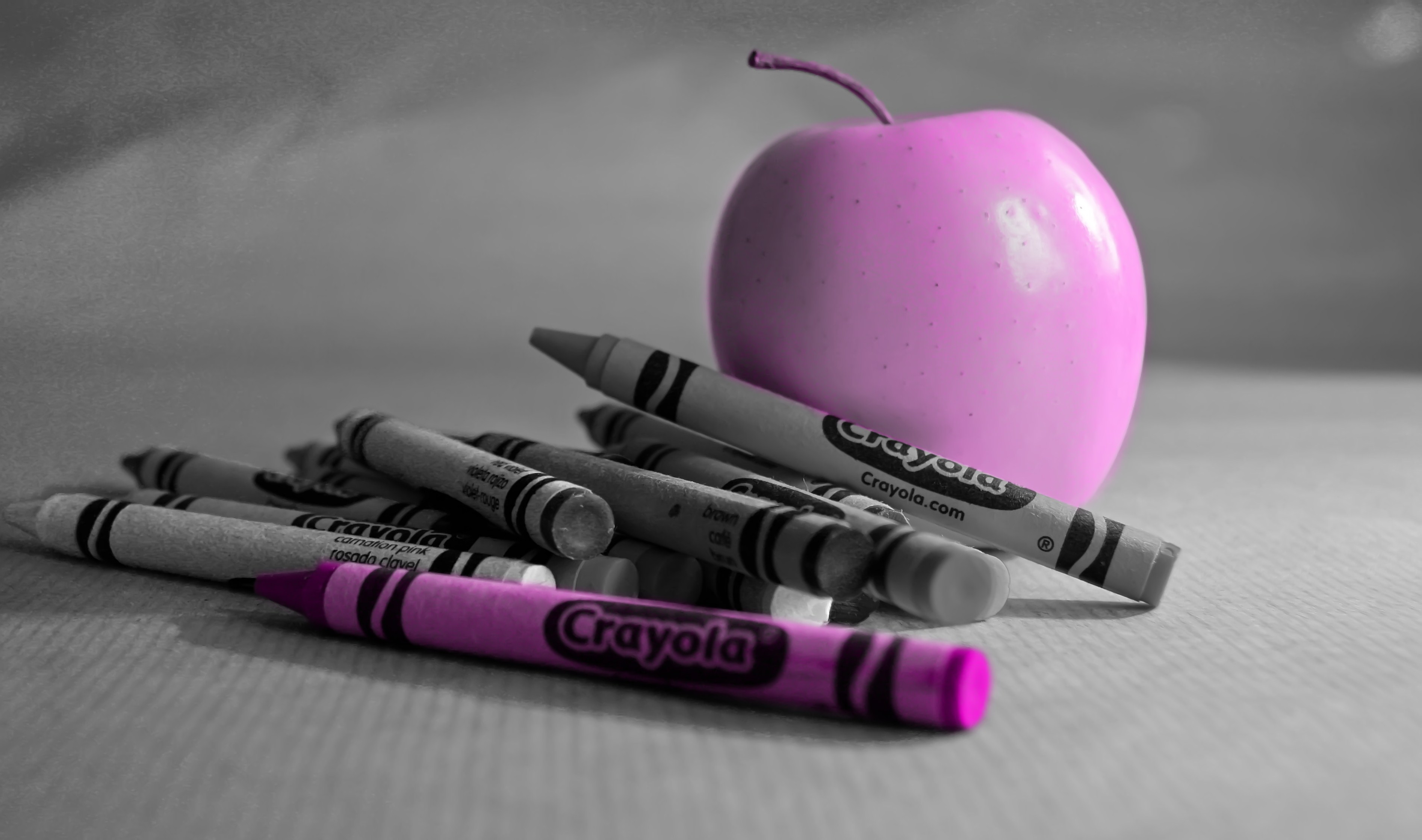 I took my kids to work one day last week.  It was a statutory holiday but I have some days I need to make up, and my kids love coming to work and it is nice to have their company so it works out for everyone.  I printed out some coloring sheets for them to color while I worked on some year-end reports.  I was listening to my children discuss their pictures as they colored. “What color do you want to make the horse?” my daughter asked my son. “Purple,” he replied.  “That’s a great idea!  I’m going  to color my firetruck green.”  So, they began coloring.  After a while, they asked if I could join them in their coloring, and when I had finished enough work, I selected a picture–a fruit basket–and started to color.  I colored the banana yellow, the apple red, and was about to color the orange…well… orange, when my daughter stopped me.

“Why are you coloring the orange, orange?” my daughter asked me.  “Because an orange is orange.  It’s even called an ‘orange.’  What color should I color it?”

She very casually and without the slightest trace of judgement said, “Any color that you want.  You could use pink or silver or green.”  I thought for a minute about where this conversation was heading and felt I should push a little further.  “But, oranges are supposed to be orange.  It would look weird if I colored it something other than orange.”  My daughter didn’t say anything, so for a moment I thought I had won and was slowly reaching for the orange marker when she sighed.

“Who would it look weird to?  I don’t think a green orange looks weird, I think it would be really cool.  Coloring everything the way that it is supposed to be is boring and then everyone’s picture looks the same.  If you make your picture different then you will know which picture is yours, other people will know which picture is yours, and it will be nice to look at.  But if you want to color it orange then that’s okay too.  Just color it whatever you want to.”

Then she ran off to play in the boardroom with her remote control car.  I sat there for a few minutes trying to figure out what had just happened.  Had my 6-year-old daughter just taught me yet another life lesson that went way beyond just coloring?

So often we look to see what the norm is, what other people think, and whether we ‘fit in’ rather than doing what we want, what we feel, what we believe.  We buy clothes because they are in style, rather than because they are our style.  We listen to music and talk about topics because the people we are with deem them important.  And yes, we even vote for people that we don’t necessarily think will be the best person for the job, because we don’t want to stray from the pack.

It isn’t easy to go against the grain and do what we think is right; but then again, it’s not that hard either.  I reached for a crayon and spent the next several minutes coloring my fruit basket.  I am proud to say that if you come to my house, hanging on the fridge nestled between a purple horse and a green firetruck is a blue orange, a pink banana, and a rainbow apple.  You are probably wondering why I picked those colors; and I will answer your question with a question you should ask yourself: “Why not?”

Yisrael lives in Greater Vancouver, Canada with his wife Ettie, and three children. He works with a social service agency dedicated to supporting adults with a developmental disability and youth at risk. He enjoys playing with his children, learning Torah, writing, and doing handyman projects around home. Yisrael writes with the hope of inspiring people to maximize their potential and bring spirituality alive. His mission is to reveal G-dliness in everyday life!