Is Faith As Easy As Relinquishing Control To God? 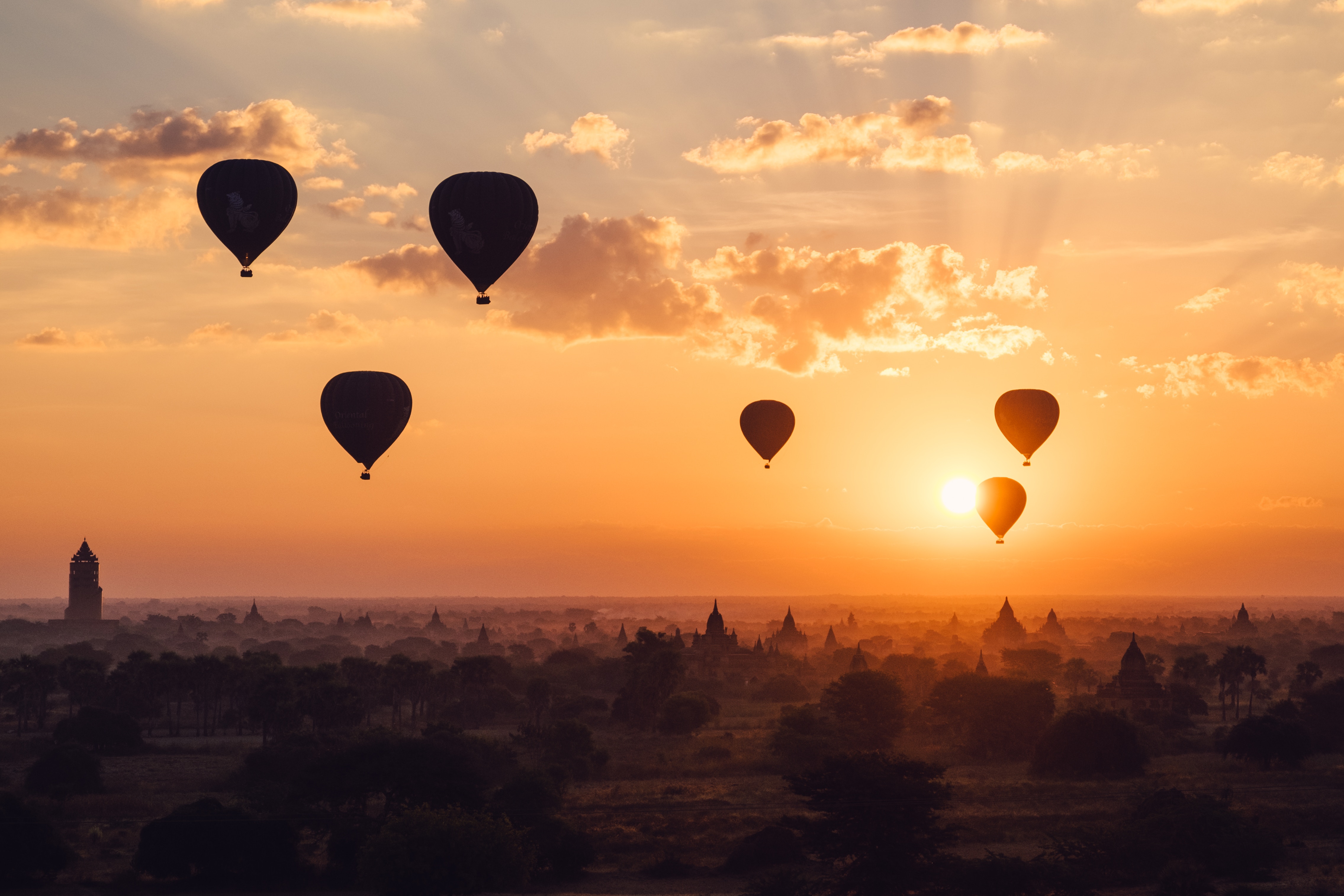 My wife and I recently traveled to Albuquerque.  In addition to visiting Jesse’s house of Breaking Bad fame, and tasting too many new tequilas, we signed up for a hot air balloon ride.  It was the most remarkable of low-tech adventures.

We arrived before sunrise.  After driving to an empty parking lot, the gigantic balloon was unfurled.  Large fans were positioned by the opening.  Volunteers were requested to hold the balloon open as the fans filled the balloon with air.  The large basket was positioned on its side and attached to the balloon by four carabineers.  Propane burners were lit, and the balloon was filled with hot air.  It gently rose off the ground and lifted the basket off its side.

Two men held the basket in place while the pilot climbed aboard.  One by one, he instructed the twelve passengers to take their place, positioning us so that our weight helped to keep the basket level.  He gave us our safety instructions.  With the humor of a Southwest flight attendant, he taught us how to brace ourselves for landing.  “Hold on to the rope handles by your side and bend your knees.  Don’t drop your phones out of the basket.”

And with that, the burners roared and shot huge flames above our heads, the ground crew let go of the basket, and the balloon lifted gently off the ground.  The ground quickly grew smaller.

I commented, “Look at people’s yards.  They should not store so much junk in a town made famous by ballooning.”  The balloon climbed to 7,000 feet (Albuquerque sits at approximately 5,000 feet).  The pilot radioed to other ballooners.  “The wind is blowing west at 7,000.”

And then I realized that our expert pilot did not know which direction the wind was blowing until we were floating in the sky.  On this day we would be traveling west.  It was up to the wind.  With all the fancy gadgetry at our disposal, at this hour, and this moment, it was not up to me, or even our pilot.  It was the wind’s will.

At 10,000 feet, the breeze was moving south.  The pilot could control our direction by adjusting our altitude.  To move a little south, we climbed to where the air was thinner.  It was an imperfect science to be sure.  As gentle as the ride was, the wind would determine where we landed, and how we landed.  For an hour we enjoyed the pleasure of having the wind sitting in the driver’s seat.

We marveled at the sky’s expanse.  We took in the beauty of the desert below.  The junk disappeared from view several thousand feet above the ground.  We could still see the lines of human ingenuity–the city in the distance, and the highways and homes.  And yet, floating so far above the earth, the lines of God’s creativity became illuminated.  The mountain peaks glistened in the distance.  The earth shimmered from the sun’s glow.  One could behold glimmers of God’s artistry.  The earth’s tapestry revealed the greatest artist of all.

There I could almost touch God’s majesty.

I relished in the wind’s magic.

When God created the world, the Bible reports, ruach elohim–God’s wind–hovered over the deep.  I saw it for a brief moment.  I felt it for a briefer moment.

Was it God’s spirit that carried us?

“We will be landing in that park, near the school,” the pilot radioed to his ground crew.

They raced to meet us.  The basket gently bounced along the grass as we braced ourselves.  The men caught us and then helped position the balloon, so we could exit.  We traveled four miles in one hour.

If we wished to travel great distances, we could run farther.  I could cover more miles on my bicycle.  I could certainly travel more miles in my car–assuming of course there is no New York traffic.  And, yet, with all of our technological prowess, with airplanes crisscrossing the skies and connecting once distant lands, only the balloon was able to carry my spirit.

It made God’s handiwork clearer.

For a moment it was all so clear.

I returned to the driver’s seat and the hum of daily existence.   I looked in the rearview mirror and reflected on the marvel.

Perhaps it is better to be carried by the winds–of faith.

How To Make The Best Of Hanukkah While In Mourning

What I’ve Learned Spending Christmas Broke in a Developing Nation