If Our Tech Revolution Slows Down, What’s Next? 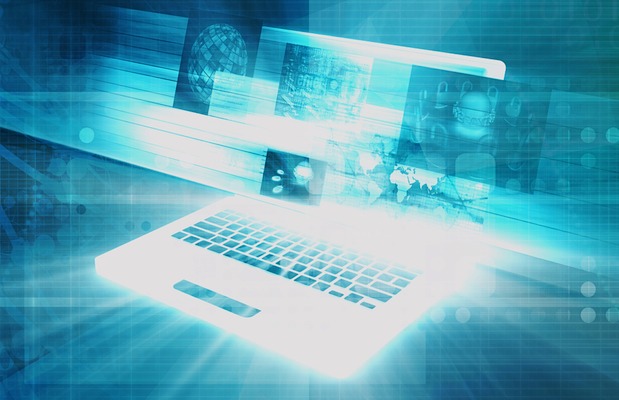 Fifty years ago this week, an important prediction by Intel co-founder Gordon Moore was made. Had “Moore’s Law” not come true, none of our lives would be the same today. Imagine little or no access to computers for most of us, no smart phones, no digital media as we know it. Those advances all depended on Moore’s Law. But that pattern may finally be dying.

“The reason behind this relentless progress is….Moore’s Law. The micro-chip is built with tiny electrical switches made of purified silicon called transistors, and the law stated that the number of transistors on a chip would double every year. In 1975, Gordon Moore revised his forecast to state that the count would double every two years. The law has held true since.

Because this doubling of the number of transistors led to computer chips that could be packed with increasingly sophisticated circuitry that was both energy efficient and cheap….we have been able to so far hold true to Moore’s Law. [It’s] the reason that the electronic circulation of information has been commoditized, changing the way many of us learn, bank, travel, communicate and socialize.”

As Moore’s Law dies, it’s our chance to innovate new technologies of the heart and mind which could help us think bigger, and feel more.

However, the ride may be ending, and soon, Moore’s Law may not hold. Guha writes:

“With further miniaturization, silicon transistors will attain dimensions of the order of only a handful of atoms, and the laws of physics dictate that the transistors and electronic circuits will cease to work efficiently at that point.”

Now here’s?what is really exciting: It’s precisely when one revolution ends that the next one can begin. For a half century, the race has been to make things smaller, lighter, faster. And this amazing race has brought us more gifts than we can count. But human attention is finite, so that race also left us with less time, energy and money to invest in other areas of innovation that might have made us slower.

As Moore’s Law dies, perhaps it’s our chance to innovate new technologies of the heart and mind which could help us think bigger, feel more deeply, reflect more deliberately and appreciate the wisdom of both speeding up and of slowing down.

I am no Luddite, and this is no plea to return to imagined “good old days.” I simply think that every revolution has costs and benefits. Perhaps, as we move on from the revolution unleashed by Moore’s Law – an era which expanded our thinking in one direction – we’ll begin another revolution, expanding the human experience in other directions.