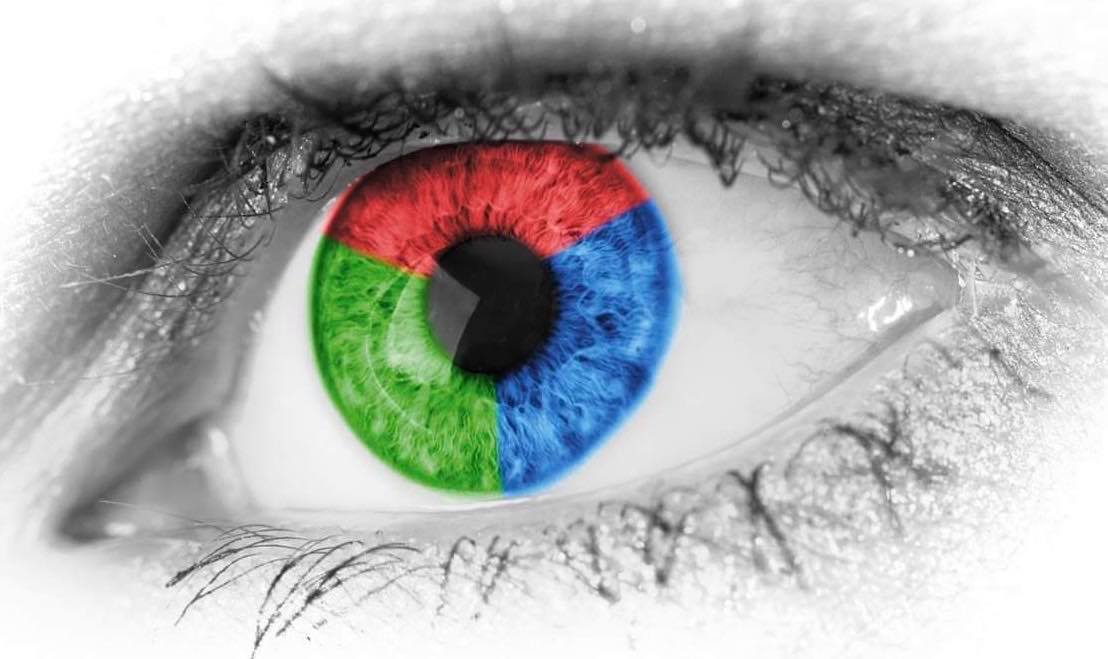 ***Note that names have been changed to protect confidentiality.

When I encounter interpersonal conflict, I can often identify the culprit quite easily: I’ve introduced too much nuance or complexity. Most minds seem to gravitate towards easy lessons and simple nuggets of thought, while mine spits out question after question and winds up trashing the ideas and situations that most in my circles tend to accept.

My earliest memory of this issue involves the day camp I attended the summer after kindergarten. A girl in my group was out sick for many weeks, and then she appeared at the summer’s very last event, when our families were invited for a camp-wide dinner and celebration. While standing around with my family, I noticed many from my group huddled together, and, when I looked closely, I saw that the girl who had been sick (I’ll call her Eliza though I don’t remember her name) was the center of it all.

I walked over and found a mini homecoming: girls were welcoming Eliza back. She had pale skin, shoulder-length dark hair, and charisma. Girls had often talked about her after she’d stopped coming to camp, wondering when she would return. She fell into her role as the center of a group of admirers with ease, smiling and nodding at just the right times.

“Yes!” Eliza replied, and everyone cheered.

“What did you have?” I asked. The other girls looked at me, confused and a bit annoyed. I’d been wondering about this question for weeks — what, exactly, was wrong with Eliza?

“I mean, did you have the flu, or a really bad cold, or a sore throat, or was your stomach upset for all this time?”

“I was sick,” Eliza said. She seemed genuinely befuddled by the question, like she wasn’t aware that there were different reasons that people got sick.

Girls were looking at me like I was an intruder even though I was in their group. They weren’t being mean, exactly; they just didn’t seem to understand why this mattered to me. I realized that I would never get an answer to my question, and that I was the only one who wanted this answer. I was also glad that this was our last camp event for the season, and that my parents and brother were a few feet away. I returned to them and spent the whole rest of the evening with them.

Now, all these years later, new possibilities occur to me. Maybe Eliza knew what she had but didn’t want to say. Or maybe her parents never told her what was wrong because it was very serious and they wanted to shield her from worry. Today, I avoid asking people about their health unless I’m sure they’re open about it. But I really don’t think that’s what was going on. Eliza and the other girls looked confused by my questions, not horrified or embarrassed. Eliza was back at camp the following summers with no sign of any health issue. I think I was just more curious about particulars — and more insistent on understanding the situation beyond the general fact that Eliza had been sick — than any of my peers, including Eliza herself. And I’m not bragging. This tendency continues to cause problems for me in many situations when I don’t keep it in check.

Recently, I was talking to a friend about restaurants, and what determines who gets seated where. “First things first: I guess we have white privilege without even thinking about it,” she said. I thought about this, trying to call up particular situations I had witnessed. I’ve spent most of my adult life in liberal urban areas, in large part because I don’t drive and can’t reach most other places on my own. I couldn’t remember any particular examples of non-white people getting shafted with restaurant seating, but for sure that was mostly because I don’t often focus on that particular issue. And it’s very true that not having to focus on this issue constitutes a key advantage I have over many others.

But I couldn’t leave it there, because… well, in essence, because… nuance. Through the years, I’ve had friends and friendly acquaintances who are not white by any mainstream definition, but who have yielded much better treatment in restaurants than I tend to get without them, and prime seating has been chief among the perks. They’ve come from a range of backgrounds: African American, immigrant from Africa, immigrant from the Caribbean, East Asian, South Asian, and Mexican.

In every case, the person who scored the excellent service for us both exudes a certain classiness. I will easily admit that, whatever I might exude, classiness is not part of it. I shared this observation with my friend, and she said: “Well, sure, sometimes factors like dress and demeanor can compensate for race issues, and of course not everyone is overtly racist.”

My friend — a white American of Northern European descent who I’ll call Alison — started to get this very insistent tone. If I wanted to maintain complete peace (and I am a huge fan of peace) I would have left it there and moved on to some other, less contentious topic. But… nuance. In some of these cases, it wasn’t necessarily true that physical attributes seen as non-white created racist reactions that could only be overcome by some compensatory quality like attractive, upscale clothing. Nuance, right? Each case is different. Wariness about racism is understandably blossoming in our current political climate, but, as I see it, this is a key reason to hone our ability to see nuance, so we know when to fear, when to feel angry, and when to relax because the situation is safe.

I started to tell Alison about a guy I know: his father is from East Africa; his mother is a fair white woman from London; he now lives in the Boston area. I’ll call him Alexander. Alexander grew up in London and has a posh upper-class British accent. His features are unusual and intriguing — thick, light brown curly hair; tan skin; green eyes. His uncommon combination of qualities often seems to yield extremely positive reactions from strangers, including restaurant employees. People joke with him and seem to want to please him. I know others who have similar accents and are just as physically attractive, but in a more typical white British way… and they don’t tend to inspire as much positive attention or desire to help.

A few times, I browsed in stores with this guy, and wow: everyone was super friendly, ready to cater to every possible need. When I enter stores alone, I’m usually left to fend for myself, climbing up on shelves to reach the highest items with no offer to help unless I seek assistance. Alexander realizes that he often inspires extremely positive reactions and solicitousness and believes his appearance coupled with his refined manner sparks a kind of social glow. This sounds right to me. He also knows that, in many areas around the country and the world, he would trigger negative racist responses. For that matter, he’s heard stories about traumatic experiences along these lines that happened right here in Cambridge, MA. Like me, he tends to see the world with nuance, and he enjoys considering these complexities. But he’s classier (whatever that really means: it’s an intriguing topic in itself) so he doesn’t tend to create awkward situations like I do.

Unclassy soul that I am, I pushed things to the point where I knew Alison would get a bit testy. I refused to agree with her that looking white was always an advantage. I also pointed out that “white” included an extremely wide range of physical appearances, encompassing, for instance, both of us, even though I was short and kind of Semitic looking and she was tall and fair.

She started getting very tense, and I dropped the topic. I may be a nuance aficionado, but I’m not enough of a nuance fanatic to push the limits of a friendship over the fine points of a contentious issue. For the most part, my relationships have survived pretty well despite my love of nuance, though, at times, it has created undeniable strain.

Lately, I’m particularly worried about nuance because I suspect that it has been impeding my professional dreams… and that it will continue to do so unless I figure out some kind of shift. A few different times, literary agents have told me that, in order to sell my spiritual quest manuscript for a worthy sum, I’d need to have a clear argument and message running throughout. But how can I have a clear argument when I have no clear answers? Clear answers are hard to come by and believe in when nuance undergirds your thoughts.

I have the raw makings of a bestseller, if I could just throw out the nuance factor. “Harvard Ph.D. embarks on lifelong spiritual quest and uncovers proof that our souls are immortal!” This hook is quite strong from a sales perspective, if only I could go along with it. But I can’t. My quest has been fascinating, exhilarating, and even, at times, earthshattering, but I have no concrete answers. I see way too much nuance in my experiences to nail down a straightforward argument that sums them up. Those clear-message books rarely move me, because, somehow, I always perceive possibilities and complexities that potentially downgrade that key, simple idea. What I have, for better or worse, is a quest filled with nuance.

Recently, a fellow writer suggested that publishing a related essay in a big national publication might boost the odds of finding a good publisher for my book. I contacted a magazine editor I had known years ago about this, and he made the very same suggestion that literary agents have made when considering my book as a whole: to have a strong, declarative statement that sums up my essay and the experiences behind it. For sure I could come up with something that would fit my mindset, but it seems likely that he, too, thinks a big, clear, splashy answer would be the ideal selling point.

Some have suggested that focusing on death and what might happen next is counterproductive because I’m alive now and should focus my efforts on my life. But, when I pursue this-worldly dreams, I tend to find that my entire mindset clashes with my goals. In my dreams, I’d have a clear vision of an inspiring, paradigm-shifting, and, most important, beautiful and love-filled afterlife for all. If I fulfilled this aspiration, I could probably reach the success I crave. On the other hand, at that point, I probably wouldn’t even care about standard, this-worldly achievement, because I’d see life, death, and everything between and beyond from a radically different perspective.

I so hope it happens, no matter how long it takes. In the meantime, may I discover a way to use the raw materials I have and my brain’s way of seeing nuance everywhere to serve me and the people I encounter. If there is some kind of higher truth, I feel confident that it’s filled with complexity, and, yes, nuance. Can I get beyond simple answers and still have something worthwhile to say and to share? I sure hope so.

Inspirachel Nugget: The First Five Minutes And The Stasis Chorus