How Visits from A Hawk Helped Me Follow My Heart 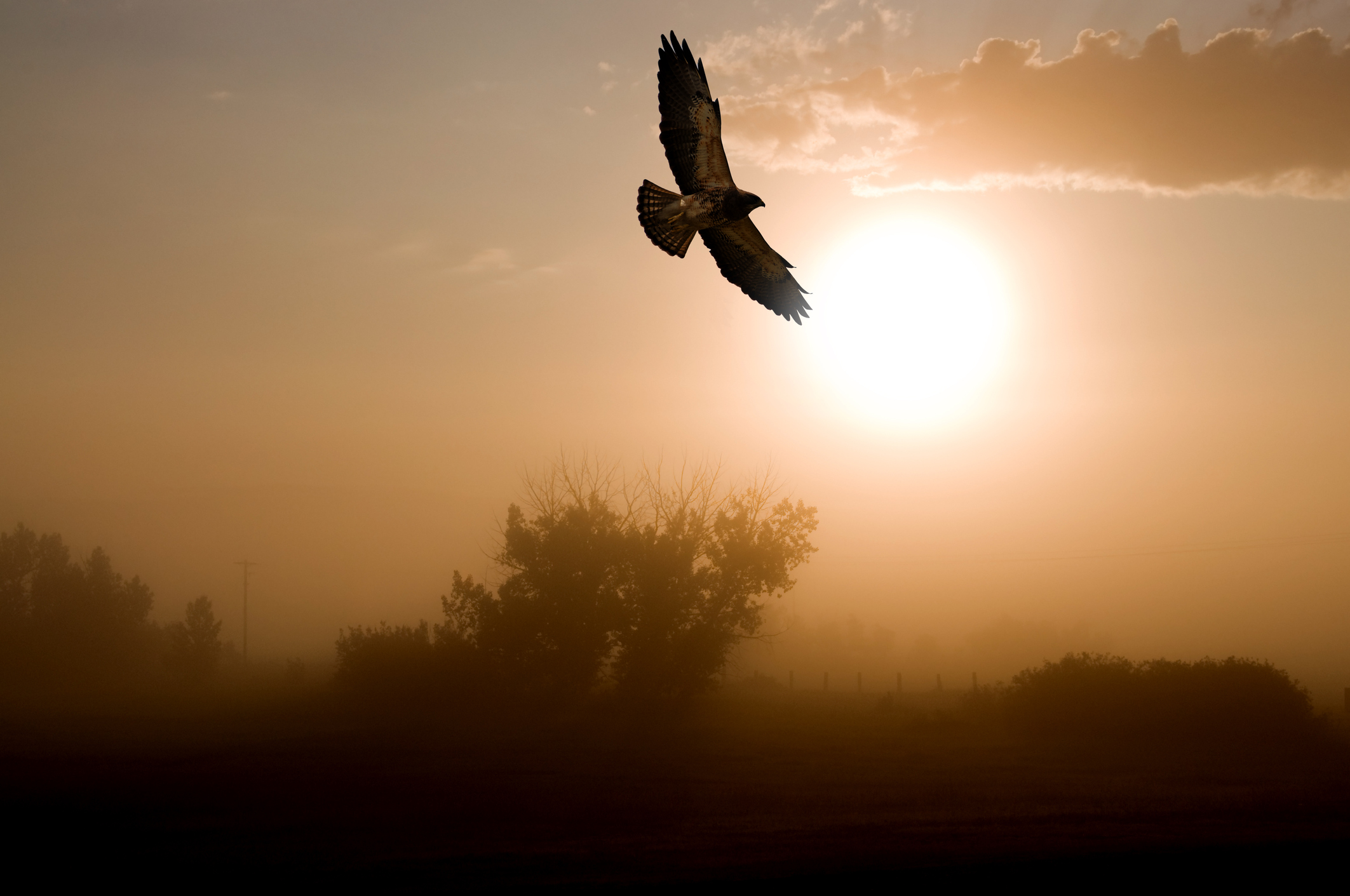 Even before the presidential election, and certainly afterwards, I have wanted to go overseas for a change of pace and scenery. The urge had been strong, the details weak. It’s not that I lacked ideas. The multiplicity of possibilities created an internal traffic jam. Without clarity, I remained stuck. To justify the inertia that had set in, my mind invented reasons or excuses. Several had a whiff of legitimacy, but they were fear in disguise. One small example: I worried that disrupting my writing life, which I’ve been cultivating over a period of years, would kill it as if it were a fragile flower.

Still, fear-based reasons did not convince my body: the longer I didn’t make plans to board an airplane, the more deflated my spirit became. Just as one can’t launch a balloon without enough air, I couldn’t launch myself, either. I knew that forcing a decision wouldn’t help. Top-down conclusions from my head often leave me with a false and temporary sense of progress. Just the concept of “making a decision” can create expectations of whether it’s “good” or “bad”, amplifying anxiety. It’s a relief when a path forward emerges organically or spontaneously and is not the result of a list of pros and cons or another labored approach.

One day during the first week of October, I awoke much later than expected, which contributed to my growing feeling of despair. As I lifted one window shade, something caught my eye. Looking down, I noticed a hawk perched on a fence, its back towards me. The unusual sight felt like oxygen for my depleted spirit. I moved quietly to find my small Nikon camera, which has a more powerful zoom than my iPhone. That fumbling search consumed one or two precious minutes, long enough for the bird to have disappeared. When I returned to the window, it was still there. I slowly raised the window’s lower pane. The bird didn’t budge. I carefully lifted the screen and hoped the clicking noise would not startle this beautiful raptor. It didn’t. As I snapped photos, the hawk turned. It looked right at me, if not straight into my soul, with its piercing yellow stare.

“What are you waiting for? Go!” it seemed to say. Then it took flight.

You would think that I made plans to travel somewhere, anywhere, that instant. I did not. A few days later, the Harvey Weinstein scandal broke, unearthing a long suppressed memory. I decided to add my voice to the #MeToo movement and write about it for this publication. That process included revisiting my journal from 1989 and 1990, which I kept during the longest of several sojourns in Budapest.

Writing that essay left me both relieved and depleted. If there is a hidden gift in exhaustion, it’s that I am required to heed the subtle whispers of my body. I decided to spend more time with that old journal. My sporadic entries made me curious about what I’d omitted, my daily habits and observations I hadn’t believed were momentous enough to document but which had been integral to my experience. That I had forgotten many details of that life left me distraught. I feared the few remaining memories would fade into oblivion and, with them, an essential part of myself.

“Why don’t you visit Budapest?” whispered a voice so soft I almost didn’t hear it. Its very gentleness forced me to listen rather than evaluate or analyze.

I had not been there in 22 years. I had lost touch with most of the people I’d known, at least the ones who hadn’t emigrated. After my Hungarian-born father passed away, I “decided” to never return, because weren’t there other places to see? Perhaps I had not known what to do with my orphaned Hungarian identity; no one else in the family spoke the language or had spent much time there. When waves of nostalgia arose, I resisted. Like a sailor lashing himself to the mast during a storm, I tried to tether myself to the present so I would not get sucked away by the past.

In a KonMari purge, I shipped most of my old Hungarian books to willing recipients and, after taking photos, discarded other relics and even letters, which I’d mostly kept for the colorful stamps. Yet almost every time Facebook friends posted images of trips to Budapest, I felt sharp pangs of wistfulness, if not envy. I’ve lived in many places, and Budapest was the only city I had loved, to the point that it periodically figured in my dreams. Was my decision to never go back as limiting and outdated as the promise I’d made to never dye my hair, a vow I’d thankfully broken?

I remembered the hawk and its penetrating stare. I looked for flights that would use my stash of frequent flyer miles. Those would have put me on a protracted, tiring itinerary. I found a surprisingly inexpensive round-trip ticket on Swiss Air, with a brief stop in Zurich, a route I traveled long ago. Customers could reserve the fare for 72 hours for a modest charge. I paid the fee to let the reality of my plans penetrate and, also, give myself the chance to back out. Returning to Budapest felt akin to meeting a romantic interest after decades apart. Just thinking about it filled my body with a cocktail of excitement and nausea.

Several years ago I came across Wait: The Art and Science of Delay, by Frank Partnoy. One piece of advice stuck: wait until the last possible minute to make a decision. If you have to make a decision in a year, do it on day 364. Have an hour to decide? Do so in minute 59. Which is why, during the final 60 minutes of the 72-hour hold period, I decided to go for a walk. Just as I stepped outside, the hawk, which I had not seen since it appeared weeks before, swooped in front of me.

My heart fluttered as it whispered, “I’m going home.”