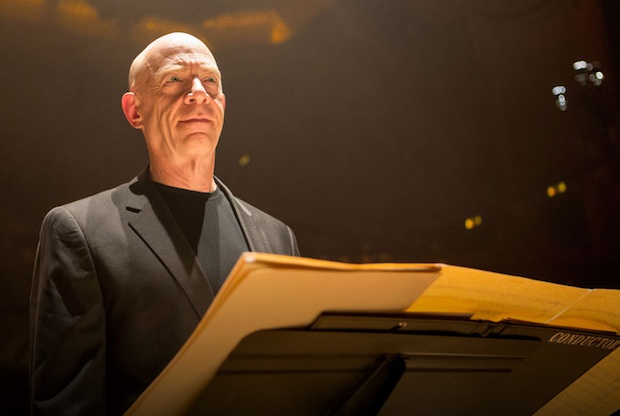 In the film Whiplash, Terrence Fletcher – the monomaniacal drum teacher played by J.K. Simmons – fervently attests that “the two most dangerous words in the English language are ‘good job.'” Someone hears these words of approval and loses the edge that spurs them to practice harder and go beyond expectations. No longer afraid of failing, their switch is turned off, and the world loses its next great accomplishment.

Simmons’ performance is disturbing, and his behavior is never far from the line between discipline and abuse. Yet it’s hard to shake his character’s assertion that a person’s true potential for greatness is only unleashed by harsh treatment. In fact, the idea that we’re made better by hardship, even suffering, holds a serious place not only in some educational philosophies, but many religious doctrines as well.

We practice, we work, we improve ourselves – not out of fear that we aren’t good enough, but out of recognition that already we have much for which to be grateful.

To explain why a putatively good and all-powerful Supreme Being would visit even the righteous with chastisements and tribulations in the form of disease, misfortune and worse, there’s a temptation to view G*d [See author note below. – ed.] as a version of Simmons in Whiplash. Never satisfied with our efforts, always demanding more of us, teaching us lesson after lesson for our own good. Good enough is never enough.

And then there’s the concept of “It would have been enough,” which reminds me of the refrain from the Passover song “Dayeinu.” The upbeat song is a litany of the steps that led to the liberation of the Israelite slaves from Egypt, the bestowing of the Torah at Mount Sinai, and the deliverance to the promised Land of Israel. After each step we say: Had it only been this far and no farther, “it would have been enough for us.” Dayeinu is an acknowledgement to G*d that even if the job had not been completed, even if G*d had only dragged us out of the frying pan but didn’t quench the fire, we know that that was enough reason to give thanks, to be satisfied.

So can it it work the other way? Can we be satisfied with ourselves for a job not finished? Or are we risking the mediocrity that Simmons’ character was so alarmed about? Should we ever settle for a “good job” standing before the One Who is Infinite?

In fact, the act of saying “enough” to G*d can remind us to hear the “enough” for ourselves. We may strive for excellence and dedicate ourselves to tasks that take a lifetime. But we can also take satisfaction, be grateful and accept praise and gratitude for a job well done.

“Dayeinu” teaches that what we set ourselves to accomplish is not crossing a finish line, but living in a relationship. We practice, we work, we improve ourselves – not out of fear that we aren’t good enough, but out of recognition that already we have much for which to be grateful and no limits to what can be accomplished.

Author note: For me, the use of “G*d” isn’t because I think it’s forbidden to write “God,” or any other name that might be used to refer to the Divine. Instead, it’s a nod to the fact that the name given in the Five Books of Moses consists only of the four Hebrew consonants, without definitive vowels. “G*d” serves a reminder for me that I’m referring to a source of mystery and a gateway to something beyond my understanding.