Ghost Stories Live on For a Reason 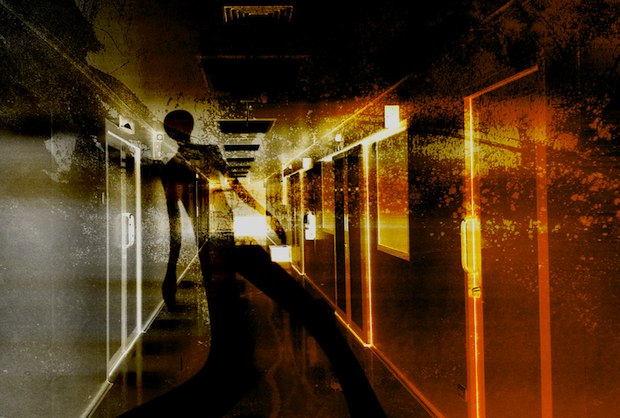 There always seems to be an explanation. At least on Scooby Doo there is. After spending the episode chasing after some apparent paranormal disturbance, the gang invariably discovered that it was “old Mr. Peterson” all along, wearing a mask in order to scare the rightful heirs out of their inheritance…or something.

In other words, everything makes sense – nothing to see here. But then, just at the story’s end, there would be an unexplained howl, as if to say: Not so fast.

Even though Scooby Doo was just a cartoon, in the broader culture there’s something about ghosts (and other instances of the paranormal) that persists, even in the face of reason. As Halloween rolls in, it’s meaningful to think about how deep this persistence runs.

Ghost stories teach us about a profound need we share: to find a sense of justice in a world that can seem unfair.

Ghost stories present a moral universe that excels in some ways over the world as we know it. The dead are not finished, and therefore, the deeds of the living have greater impact on them. Particularly vicious or unforgivable acts are subject to more than earthly punishment, and can produce a string of grisly consequences that never ends (unless the sequels run out).

Perhaps most significantly, a world with ghosts promises to be a world in which death does not fully sever the interaction with someone. All these elements (literally supernatural and paranormal), can feel more rational and true than the idea that everything we experience and influence in our lives leads inevitably to a final end, beyond which there’s no consciousness or individuality.

Of course, religions provide their own responses to these questions. And they can sometimes live side by side with ghost stories. The Jewish tradition, while sometimes quite rational, gives the world everything from dybbuks (spirits that won’t let go of the living) to gilguls (reincarnated spirits) to the golem (the original Frankenstein’s monster, molded out of clay by a mystic and brought to life with secret rituals). Even stripped of their more fantastical sources, many religious traditions teach about a life after death and even channels of communication that remain open.

Whether in horror films or holy books, many have a deep desire for a window into what might lie beyond the living world. I don’t think this desire is for something irrational; rather, it can feel like this world is refusing to align with our moral code and the spirit world that’s sought out to restore the moral order.

Ultimately, giving credibility to paranormal phenomena and/or professing faith in a world unseen is irrelevant to the way ghost stories teach us about a profound need we share: to find a sense of justice in a world that can seem unfair. Most of the time, we channel that need into trying to live by a code of ethics, regardless of the results. However, every once in a while, maybe on Halloween, we peek into the darker side of our desire for closure and remind ourselves that we might even rather be scared than give up on the idea that the world is haunted by the consequences of good and evil.