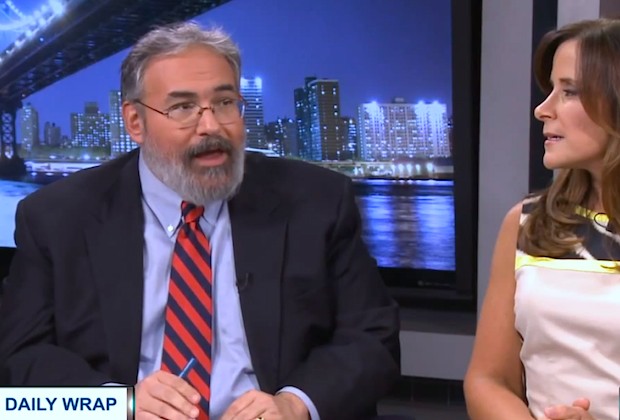 As a contributor to Newsmax TV’s The Daily Wrap, hosted by Joe Concha, I appeared in a recent episode – alongside attorney Heather Hansen and radio broadcaster Rick Ungar? – to discuss current events. For a portion of the broadcast, seen in the clip below, our panel engaged in a substantive discussion about the University of Oklahoma’s decision to kick Sigma Alpha Epsilon students off campus, after they were seen reveling in racist chants on a video that went viral.

Expulsion is just a first step to what should happen in a case like this one. As I said to Concha’s panel on the show: “The notion of a ‘time out’ is not just for six-year-olds. Every tradition – political, religious, they all have it. There are times you’ve done something so grotesque, you have to leave the community. But it’s also really important to find a way to re-integrate those people. Otherwise what happens is the hate festers on the outside and eventually comes storming back in later.” We can look to the scandal’s unsung hero, a spokesperson for OU’s Black Student Association, who declared that forgiveness and education and communication with the ostracized students are essential, productive next steps.

Watch the video and let us know your reaction and insights.

Newsmax TV’s The Daily Wrap features fast-paced, fun conversation from across the ideological spectrum. In one hour, it offers viewers a chance to catch up on the hottest stories of the day, and feel more involved in those stories by getting the analysis they need to help form their own opinions.