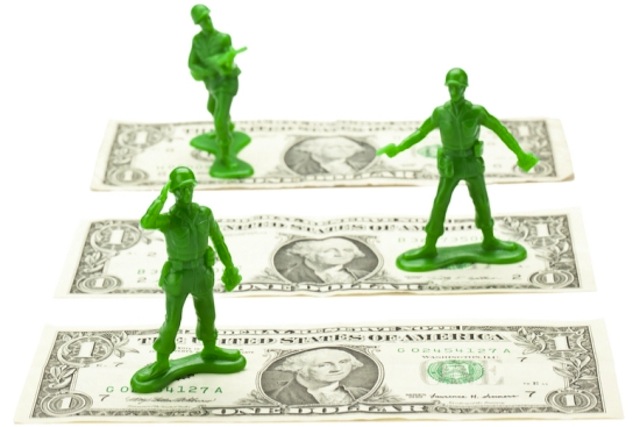 Peace.? It’s not just the absence of war. ?And security, whether it is military, economic, or emotional, is about much more than the absence of an active battle.

“The U.S. economy dodged a bullet today. But the reprieve will be short,” Paul Edelstein, director of financial economics at IHS Global Insight, said Wednesday in an analysis. ?Scary stuff, because dodging bullets is not the same as making peace — just ask any soldier who has gone to war.

We need more than bullet dodging. ?We need to address an imperiled economy, persistent unemployment, and the deep sense of uncertainty and insecurity that continues keep millions of Americans up at night.

In the most immediate sense, it’s certainly good that we did not default on our national debt. ?The solution we got however is like the condition of a man falling off a 40 story building and shouting, “so far, so good”, as he hurtles past the 17th floor. ? Congress, and anyone else feeling a deep sense of peace as a result of agreement reached, are very much like that man.

I don’t want to simply enjoy the pre-crash moment, I want a parachute, and it need not be of gold. ?It just needs to provide a softer landing. ?We have, as it happens far more power to make that happen than we may realize. ?Why? ?Because we select the men and women who are making and packing the parachutes!

We need to stop electing ideologues who fan the flames political warfare — even when we think that they are right! ?We need to elect people whose primary commitment is to changing our political culture, not any one policy. ?We should trust the politicians who know that real security is never simply about winning the battle, or even the war. ?It’s about building trust and nurturing hope.

Trust and hope — that’s what real security of any kind is about, and we should settle for nothing less in any part of our lives, nationally or personally.