Applying the Secret Ballot to More than Just How We Vote 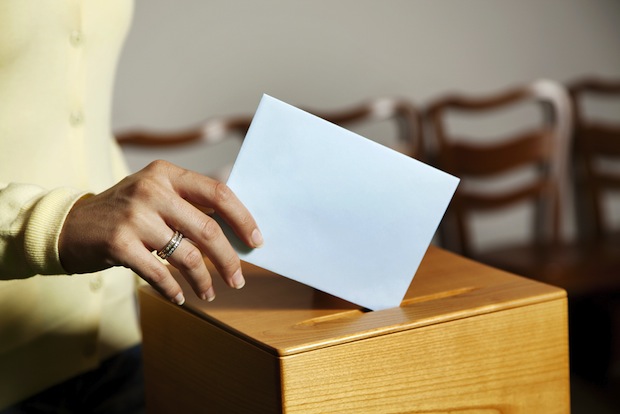 With the country gearing up for mid-term elections, have you ever wondered why people put bumper stickers on their cars or signs in their front yards in support of their candidate, while at the same time enjoying the practice of casting their ballot in secret? Lately, I’ve been considering how applying the notion of the “secret ballot” to other moments of my day might help me to be the more peaceful person that I aim to become.

When we wear our politics, unsolicited, on the outside, do we really think it’s going to change someone’s mind when they get to the polling booth? I believe we show our politics on our sleeves because we want to show which “team” we belong to. Political affiliation is like a proxy for our personal set of values and beliefs, all wrapped up in a single word, like Republican, Democrat, Independent, Green Party, Tea Party, etc. But, when we drive around in our cars, insulated from each other, we become that singular word to those who happen to pull up behind us.

The notion of wearing our politics on the inside may contribute not only to a kinder, gentler campaign season, but to a more peaceful interaction with strangers during our daily routines.

I find that as I pull up behind someone with their label on their car, my mind goes into judgment mode: “Look! They’re on MY team! They must be nice people!” or “Uh-oh! They are NOT on my team! I don’t even want to meet them!” Is this how I want others to judge me? Do I want to force this captive audience to think about politics even when they are just out doing errands? How is my bumper sticker any better than some campaign ad that they would prefer to mute?

Since this idea of the “secret ballot” has been on my mind, I thought it fitting that one of my neighbors had a sign placed in their yard the other day in support of the candidate that I will be voting against. Perfect timing to check my emotions. I have met these neighbors and they have been more than kind to me, even inviting my dogs to roll on their grass. Before I started to engage in my silent, one-sided political “dialogue”, I stopped and reminded myself that these people are NOT their candidate. They are NOT a political party, any more than I am MY candidate or political party. Only a part of who they are is who they support. I know this, because I actually have met them and know them at some level.

The notion of wearing our politics on the inside may contribute not only to a kinder, gentler campaign season, but to a more peaceful interaction with strangers during our daily routines. The “secret ballot” is something we can actually use in our thoughts, words, and actions to turn down the noise of politics, and go about our day with a bit less judgment of strangers with whom we must share our world.

For more on this, read Brad Hirschfield’s post, Your Political Identity – Going Public with Your Personal Beliefs.

Teresa Krolak-Owens lives and writes in her native city of Las Vegas, Nevada. She has studied classical vocal performance and occasionally sings at various functions. Other hobbies include cycling, hiking, camping, and spending time with her husband as well as her three dogs, and two cats.